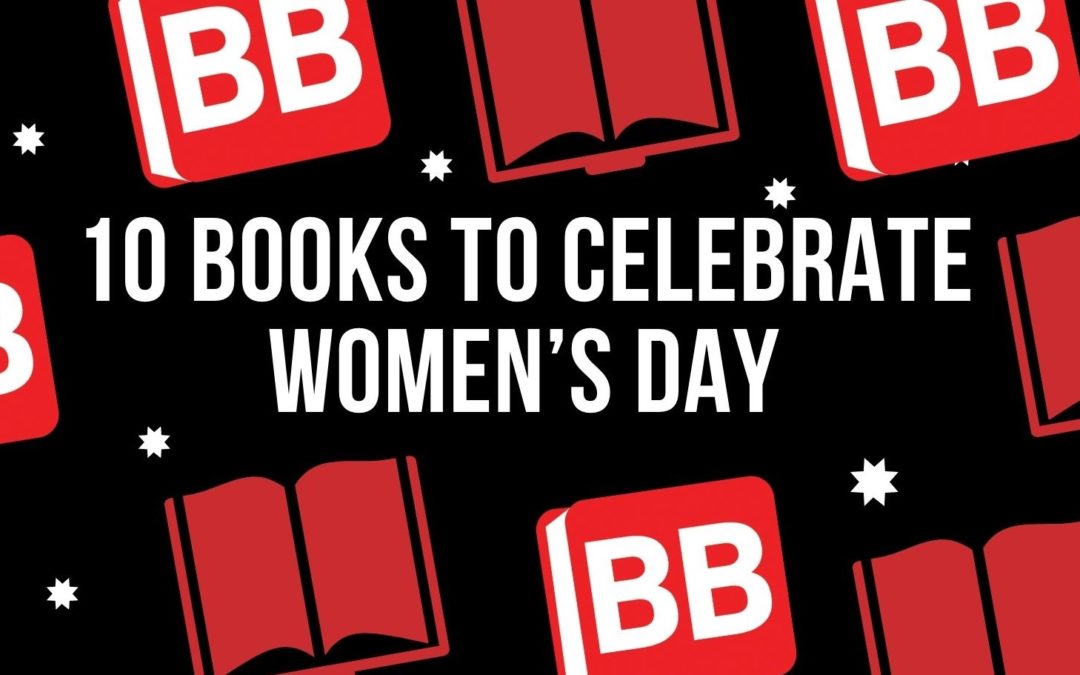 Womanhood is an umbrella that covers an incredible wealth of virtues and experiences. The world over, the gifts and achievements of women deserve celebration. One of the ways that we can do this, beyond the efforts that we’ll be making all August to treasure the women in our lives, of course, is to familiarise ourselves with just what goes into being a woman in this world. Yes, books. And, let’s face it, educating oneself is among the greatest gestures of appreciation that can be made. So, here are 10 brilliant books to aid in your celebration of all that’s feminine.

Feminists Don’t Wear Pink (and Other Lies) by Scarlett Curtis 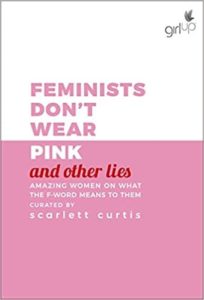 Feminism can be a tricky topic. Amidst differing academic outlooks and the sadly inevitable back-biting, it can be all too easy to forget that this particular ism is primarily concerned with expressing the truths of life as a woman and the issues that need addressing.

This book then, which collects the writings of numerous excellent women and their personal experiences with feminism, is just what you need to explore what it means to be a woman from an important array of perspectives. From Hollywood actresses and teenage activists to scientists and entrepreneurs, the compelling voices in this book shed an irresistible light on the lives of women everywhere.

The collection is brilliantly real, frequently surprising and often pretty hilarious. Whether or not you think you have a handle on things, Feminists Don’t Wear Pink is a book that should find its way into the hands of everybody.

We Rise, We Resist, We Raise Our Voices – Edited by Wade Hudson and Cheryl Willis Hudson 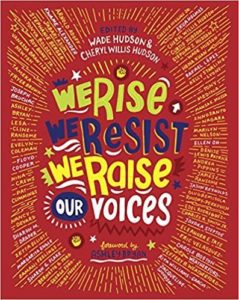 Something we’d do well to bear in mind: while the experiences of women and the principles surrounding feminism are becoming more evident, there is much work yet to be done when it comes to the representation of women of colour.

You’ll want to make this book part of your collection for a number of reasons. It will serve as a valuable keepsake when it comes to communicating this period of history to future generations, it’s a testament to the beautiful things produced by struggle and it’s bound to incite many meaningful conversations with younger people.

This beautiful collection of illustration and prose unites some of the foremost artists of our time to answer the many facets of the question: “What do we tell our children when the world seems bleak, and prejudice and racism run rampant?” 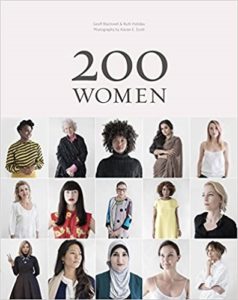 The thing about photographic books is that they’re pretty irresistible. And they provide us with an immediate face with which to empathise.

This is especially the case with this beautiful and revealing snapshot of female lives across the world.

Each of the brilliant women interviewed – from authors and sportspeople to activists and academic authorities – is posed the same five questions, thus providing an insightful template that invites a wide variety of responses: “What really matters to you?, What brings you happiness?, What do you regard as the lowest depth of misery?, What would you change if you could?, and Which single word do you most identify with?”

Guaranteed to spark conversation and interest, and to remind us all that there are no ordinary women, 200 Women is a volume you will visit again and again.

She Wants It by Jill Soloway 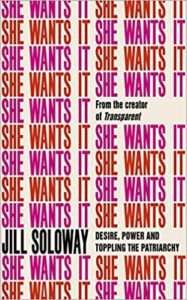 “One morning, half-awake in a shame spiral about what a shitty mother you are because you’re letting your kid watch so much TV, the phone rings.

‘Jilly? Are you sitting down?’

Are you sitting down? means something fucked up is coming…

When Jill Soloway’s father, whom they had always understood to be male, came out as transgender, everything shifted. For one, the moment became the inspiration to push through the male-dominated landscape of Hollywood and create the award-winning TV series Transparent. Exploring identity, love, sexuality, and the blurring of boundaries, the show gave birth to a new cultural consciousness. But also, by eventually coming out as queer and non-binary, the lines on Jill’s own gender map began to be erased.

This is the story of that journey.

She Wants It charts Jill’s intense and revelatory experience, growing from straight, divorced, mother of two – to non-binary genderqueer director, show creator, and activist. Written with wild candour and razor-edged humour, it examines who we are, how we make art – and ultimately, who we can become.”

The Feminism Book by DK 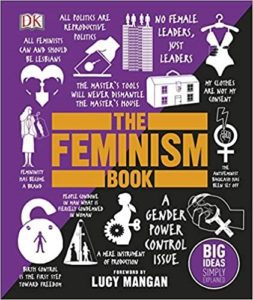 DK’s Big Ideas series is just about as good as informative overviews get. And why not avail yourself of their knack for explaining by using this month to really look into feminism? After all, it’s a movement that is often stereotyped and misrepresented with damaging results.

The Feminism Book explores the movement’s full journey thus far, from its origins in the suffrage campaigns of the 19th century all the way to the #MeToo movement, stopping off along the way to introduce us to crucial figures like Simone De Beauvoir and Chimamanda Ngozie Adichie, illuminate overarching ideas and examine the movement’s greater impact on society, culture and history.

Given the book’s accessible blend of authoritative text, inspiring quotations and bold graphics, there’s really no excuse not to become more familiar with some of our age’s most defining principles. 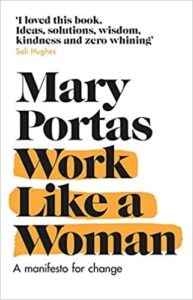 The workplace is one of the most essential environments when it comes to understanding the lives of women. In spite of movements toward greater equality, pervasive issues like the gender pay gap and sexual harassment continue to impact women everywhere.

Zooming in on the success and happiness that you can achieve at work, Work Like a Woman is packed with advice and guidance gleaned from decades of business experience that can improve your work life regardless of your position and profession.

Granting you the tools to change the way you think, defy senselessly ingrained patriarchy and thrive within misguided “alpha culture”, this is a book that should be included in everybody’s workplace essentials.

Lean Out by Marissa Orr 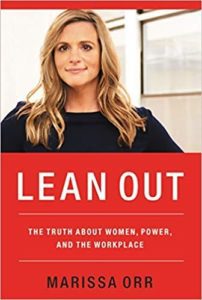 Sticking with the work and wealth, we move onto a hard-hitting examination of one of this age’s most pressing inequalities. The gender-pay gap lingers persistently in spite of decades of equality legislation, and women CEOs still constitute a huge minority in the corporate world. Just how did it all get so misshapen? Marissa Orr, single mum of three, has spent fifteen years pursuing a career among the tech giants, a world ruled over by narcissistic fiefs, cut-throat competitors and strident voices. And this is a book dedicated to the creation of workplaces with greater diversity, more equality and healthier habits – the kinds of professional environment that could benefit all of us.

Lean Out offers a fresh and authentic look at systemic biases and the upper corporate echelons, combining research with Orr’s personal experiences to deliver urgent new arguments for helping women to the top via listening, better incentives and a proper celebration of successful traits. At its more investigative, Lean Out unveils the impact on female well-being caused by the pursuit of gender-equality, the need to re-evaluate the way that companies choose their leaders and define success, and the focus on changing behaviour rather than changing the system that keeps these issues stagnant. At its most intimate, it reveals a working woman with a great sense of humour, a revolutionary spirit and the collective voice of a generation seeking to change things up, to alter and improve the trajectories of career-women the world over. It’s an insightful, impactful book that offers challenges and extends support. 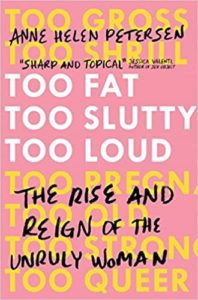 The sad fact is: women are still constantly under attack. Whether it’s for being the wrong shape, being too loud or opinionated, too queer, too strong, for not conforming or for daring to remain exactly who they are, women face daily criticism for just about every inexcusable reason. However, it’s the women who refuse to be quashed by criticism that achieve extraordinary positions in the world.

Through a pop-culture lens, Petersen explores the influence and impact of “unruly” women, shining a candid light on why society is so seemingly obsessed with reacting to such powerful, controversial figures. Let’s take a break from well-known powerhouses to remember that every girl becomes a remarkable woman, regardless of the circumstances into which they are born. Indeed, it is in many ways the women who manage to overcome poverty, deprivation and violence that should be most celebrated. This is the affecting story of one such girl.

“Sivosethu Ndubela – fondly known as Vovo – is a young Xhosa girl who lives in New Brighton, near Port Elizabeth.

Apart from growing up with the challenges of poverty, crime and limited opportunities, Vovo was orphaned when she was 13. This led to Tony Pearce going from a friend of the family, involved in an after-school dramatic arts project, to become the guardian of Vovo and her older sister, Vuyolwethu.

A few years later Vovo was diagnosed with a rare heart condition. She subsequently underwent two life-threatening open-heart surgeries. Her recovery continues to surprise her family and healthcare specialists, and her bravery in fighting for her life is a true inspiration.

By sharing the harsh circumstances of township life and the factors that have shaped her journey, Vovo reveals her remarkable resilience and it becomes clear why she is a Miracle Girl.”

You Got This by Bryony Gordon 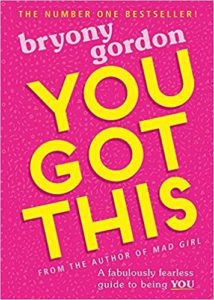 Bryony Gordon’s teen years were beset by these hard transitions. As she writes it: “I wanted to be a unicorn. I wanted to be a lawyer. I wanted to be an astronaut. But the thing I really wanted to be, more than anything else, was a little less like me. It was only recently that I realised not wanting to be me was at the heart of every dumb decision I ever made. And so now I am writing this book containing all the life lessons I wish someone had taught me.”

During tough years in tough world, You Got This is a companion we could all do with having.

Be Sure to Have an Excellent Women’s Month. Be Wonderful to all the Women in Your Life.