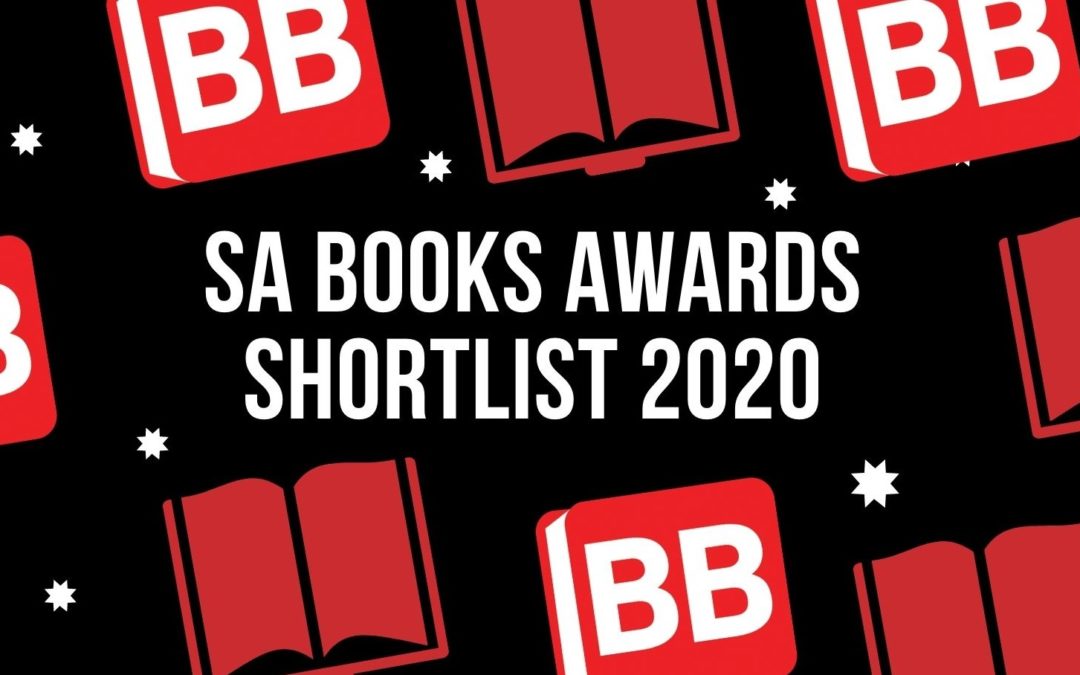 Each year, the South African Book Award is given to the book determined to be the favourite of booksellers across the country. In this sense, it’s an award far more accessible than those picked by a small panel of experts – not that there’s anything wrong with that, of course, far from it – because the books recognised by this honour have provably touched a great many people, and may not be as susceptible to some of the other factors that might rule the other prizes.

Divided into various categories, which reasonably summarise the bookshop experience, the SA Book Awards give us a cross-section each year of just what has been going on in the world of bestselling local books.

The three biggest categories are:

This Year’s Shortlists Are Now Out

…And the winners will be announced at a special virtual ceremony on 1 October 2020. Each category winner will be awarded R5,000 and there will be an overall winner, receiving the highest number of votes, who will be presented with R20,000.

Last year’s grand prize winner was Manage Your Money Like a F*cking Grownup by Sam Beckbessinger which, given that it is still in and out of the nation’s top ten bestsellers, gives you a decent idea of a winner’s necessary quality.

Do you have any predictions for the winner? Check out the shortlists: 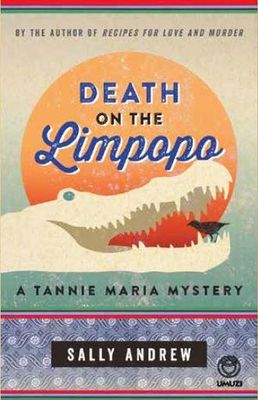 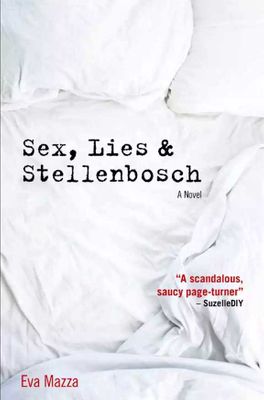 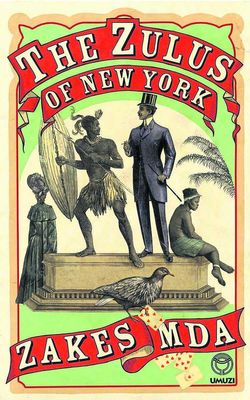 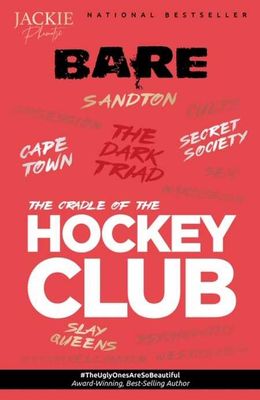 Death on the Limpopo by Sally Andrew

The Karoo’s best loved agony aunt and crime fighter, Tannie Maria, returns in a new mystery-thriller that takes us on a murderous journey with new allies and a little love-trouble.

There are other, more pressing problems too. A tall, dark stranger zooms in on her Ducati motorbike: she is Zabanguni Kani, a journalist renowned for her political exposés, who, after receiving threats, moves in with Tannie Maria for safety. And who could tell that a trip to the country’s northern parts was on the cards? The journey plunges Maria and her friends into pools of danger, amid water maidens, murders, and Harley Davidsons.

Sex, Lies & Stellenbosch uncovers what really goes on behind closed doors in the seemingly upstanding community of Stellenbosch, one of South Africa’s wealthiest small towns, home to 3 400 dollar millionaires (before they invested in Steinhoff shares). Written as fiction to protect the innocent, the book exposes the explosive dark truths of the Winelands’ elite. All is revealed through Jen, wife of John Pearce, a renowned wine farmer and businessman.

The impresario Farini introduced Em-Pee and his troupe to his kind of show business, and now they must earn their bread. In 1885 in a bustling New York City, they are the performers who know the true Zulu dances, while all around them fraudsters perform silly jigs.

Reports on the Anglo-Zulu War portrayed King Cetshwayo as infamous, and audiences in London and New York flock to see his kin. What the gawking spectators don’t know is that Em-Pee once carried nothing but his spear and shield, when he had to flee his king.

But amid the city’s squalid vaudeville acts appears a vision that leaves Em-Pee breathless: in a cage in Madison Square Park is Acol, a Dinka princess on display. For Em-Pee, it is love at first sight, though Acol is not free to love anyone back.

Bare: The Cradle of the Hockey Club by Jackie Phamotse

Sandton, the hub of Africa’s economic power, sex mavericks and high-class slay queens, the place where dreams are made. But sometimes it proves not to be the city of freedom, while the surface lights glitter, many are roped into the dark underground world of the rich and powerful. This is a season when men hold the key to every door and the weak will do anything to be part of the elite circle.

Treasure desires nothing more than pure love from her sugar daddy but she is starting to see that he has deep-rooted, dangerous fetishes that go beyond greed and lust. 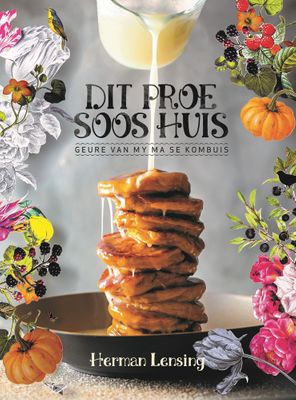 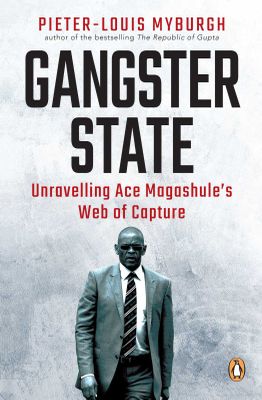 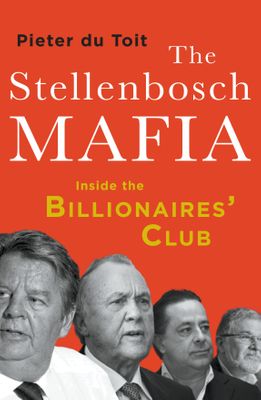 Dit Proe Soos Huis is a charming and bountiful adventure through food land. In it Sarie food editor Herman Lensing honours his mother with a delicious compilation of recipes and nostalgic stories that demonstrate the part that food plays in fostering bonds and sharing memories. If you believe that the kitchen is the heart of the house, and if you fancy a nostalgic trip into flavour and family, this book is for you.

Gangster State focuses on Ace Magashule, a politician viewed by some as the most dangerous in South Africa, his formative activities as a struggle activist in the 1980’s and his rise to the prominent positions he has held and continues to hold. Magashule appears to be invested in keeping the forces of state capture and corruption healthy, in spite of the turnaround that was supposed to take hold in the post-Zuma era.

Supported by a host of documents, records and interviews, Myburgh exposes Magashule’s relationships with some of the most notorious characters in the country, including the Guptas, and the projects over which he has presided – contracts and dealings that have benefited a few to the detriment of many.

With these revelations, Myburgh swivels a searing spotlight onto the ANC leadership, uncovering trails hitherto intangible and posing some pertinent questions about the danger this country still faces. An abundance of debate is bound to follow… hostile reactions are already in the offing.

Betting on a Darkie by Mteto Nyati

Mteto Nyati knew years ago as a schoolboy in Mthatha, working behind the counter at his mother’s trading store, that he wanted to fix and build things. After completing his studies in Mechanical Engineering at Natal University, he turned down a Rhodes scholarship and headed for Johannesburg to take up a position at Afrox. He was the only black engineer and the sole advice he received from his superiors was ‘don’t mess up’. He didn’t. Today Nyati is one of South Africa’s top CEOs, having steered Microsoft South Africa and MTN South Africa out of troubled times. He is currently guiding the transition of Altron from a family business, started at the height of apartheid, into a high-performing international IT company with a social conscience.

About 50km outside of Cape Town lies the beautiful town of Stellenbosch, nestled against vineyards and blue mountains that stretch to the sky. Here reside some of South Africa’s wealthiest individuals: all male, all Afrikaans – and all stinking rich. Johann Rupert, Jannie Mouton, Markus Jooste and Christo Weise, to name a few. Julius Malema refers to them scathingly as ‘The Stellenbosch Mafia’, the very worst example of white monopoly capital. But who really are these mega-wealthy individuals, and what influence do they exert not only on Stellenbosch but more broadly on South African society? 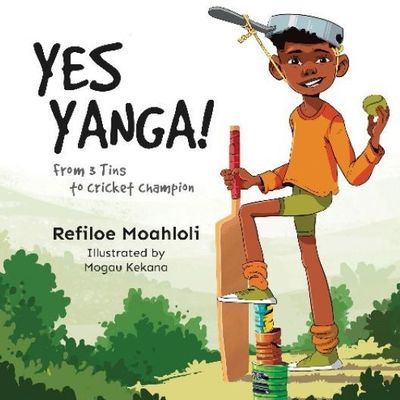 Yanga is the 3 Tins champion in his community. His life changes completely when his 3 Tins skills are channeled into cricket. Watch Yanga’s crazy talent as it takes him from local school team to the global sporting stage as one of the stars of the South African Cricket World Cup team.

Born a Crime by Trevor Noah

The host of The Daily Show, Trevor Noah, shares his personal story and the injustices he faced while growing up half black, half white in South Africa under and after apartheid in this New York Times bestselling young readers’ adaptation of his adult memoir.

And that’s all of them. Stay tuned for the winner announcement on the 1st of October and, in the meantime, have a look at how many of the countries favourite books you managed to read this year.

Also, did anyone else notice that Stellenbosch features prominently in two of the nominees? I wonder what that means…