8 More Books to Buy This July 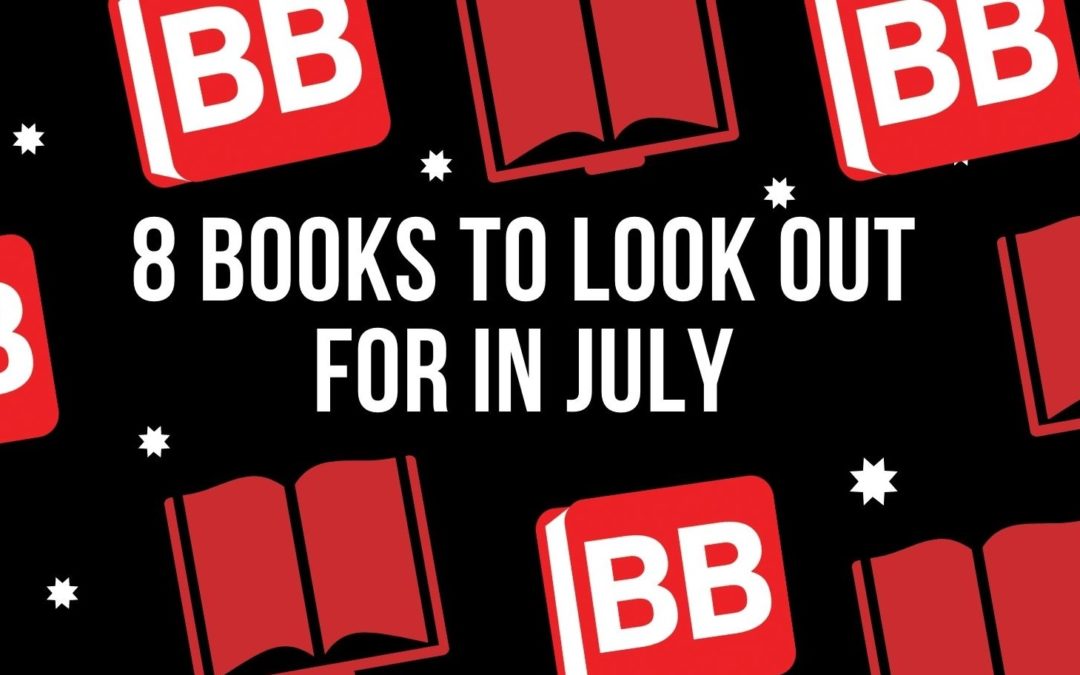 Here are eight more exciting titles that will be arriving in our stores this month and should become widely available. Be sure to keep an eye out for the ones that take your fancy. Without further fuss, here they are.

Death in Her Hands Ottessa Moshfegh

Moshfegh’s newest novel crackles with disturbing horror and blackest humour, crafting something that is not quite a murder mystery, and not quite a psychological suspense but which manages to scratch both of those itches nevertheless. It’s the sort of book that just wants reading.

“While on her daily walk with her dog in the nearby woods, our protagonist comes across a note, handwritten and carefully pinned to the ground with stones. Her name was Magda. Nobody will ever know who killed her. It wasn’t me. Here is her dead body.

Shaky even on her best days, she is also alone, and new to this area, having moved here from her long-time home after the death of her husband, and now deeply alarmed. Her brooding about the note grows quickly into a full-blown obsession, as she explores multiple theories about who Magda was and how she met her fate. Her suppositions begin to find echoes in the real world, and the fog of mystery starts to form into a concrete and menacing shape. But is there either a more innocent explanation for all this, or a much more sinister one – one that strikes closer to home?In this razor-sharp, chilling, and darkly hilarious novel, we must decide whether the stories we tell ourselves guide us closer to the truth or keep us further from it.”

If It Bleeds by Stephen King 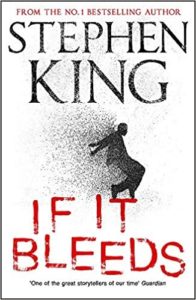 Four unique long stories, one of which is a standalone sequel to The Outsider, If It Bleeds is a wonderful dose of King’s diversity and richness.

Mr Harrigan’s Phone begins with a familiar-ish tale of a billionaire and the young man he employs to read to him and develops into a cautionary and apt story of tech obsession and sinister influence.

The Life of Chuck is a profound meditation on the limitlessness of the mind and a strange end-of-days scenario that begins with a single indecipherable message: Charles Krantz 39 Great Years! Thanks Chuck!

In If It Bleeds Holly Gibney reacts to the devastating destruction of a middle school by probing her suspicion that the correspondent first on the scene is not quite right.

And with Rat King again chronicles a writer’s decent into madness – a madness which involves a remote cabin and a talking rat.

The Motion of the Body Through Space by Lionel Shriver 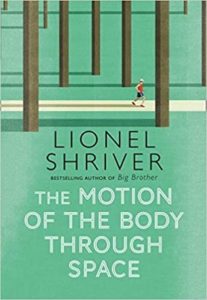 The bestselling author of We Need to Talk About Kevin, Big Brother and The Mandibles again casts her incredibly sharp eye over “the cult of fitness” and the potential, and evident, harm caused by obsession.

Seranata has always abhorred group activity and as such has spent much of her life running, cycling and swimming by herself. But now she is sixty and her body can no longer keep up. She needs knee surgery. Just as she is getting to grips with the situation, her usually inactive husband discovers the joy of exercise. As he devotes every moment of his life to sport, he turns from a previously understated man to a raging narcissist who neglects everything but the event he is training for and his alluring personal trainer.

Elegantly disdainful, agonisingly pointed and irresistibly funny, The Motion of the Body Through Space utterly skewers the absurdity of our times in a way that is most welcome.

The Curator by M.W Craven 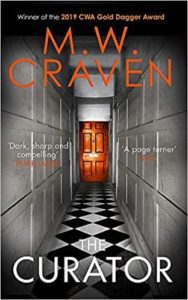 A dark and compelling British thriller not to be missed by serial killer fiction fans and readers who really like being pulled roughly through the real grit of a procedural. A sure winner if you like your crime on the gorier side.

National Crime Agency agents Poe and Bradshaw are called in to tackle a case that is bafflingly inconsistent. A serial killer is leaving body parts displayed all over Cumbria, each one accompanied by a strange, coded message. Some of the victims were anaesthetised while others were killed in incredible agony. There doesn’t seem to be much to link them apart from the fact that all the victims took the same two weeks off work. They have only one suspect – a suspect who confesses to things not in evidence while denying things that are.

But when an ex-FBI agent gets in touch, it becomes clear that they may in fact be dealing with something more horrifying than a serial killer… a man calling himself The Curator.

The Liberation of Brigid Dunne by Patricia Scanlan 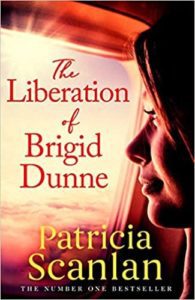 Compassion, love and warmth are at the centre of this family saga, even as shocking secrets and fierce opinions throw things into chaos.

“When four feisty women from the same family get together at a family reunion, anything can happen…

Marie-Claire, betrayed by her partner Marc, plans to teach him a lesson he will never forget. She travels home from Toronto to Ireland, to the house of the Four Winds, for her great-aunt Reverend Mother Brigid’s eightieth birthday celebrations. It will be a long-awaited reunion for three generations of family, bringing together her mother, Keelin, and grandmother, Imelda – who have never quite got along

And then all hell breaks loose.

Bitter, jealous Imelda makes a shocking revelation that forces them all to confront their pasts, admit mistakes, and face the truths that have shaped their lives. With four fierce, opinionated women in one family, will they ever be able to forgive the past and share a future?

And what of Marc? It’s never too late to make amends…or is it?

Spanning generations and covering seismic shifts in the lives of women, The Liberation of Brigid Dunne is a compelling, thought-provoking, important and highly emotional novel from a trailblazing author in women’s fiction.

The Stray Cats of Homs by Eva Nour 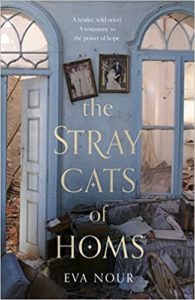 A triumphant feat of top-notch storytelling, this tale of devastated homes and raging war will appeal to fans of The Beekeeper of Alleppo – and to anybody with a taste for intense yet tender narrative.

For saying that he is growing up in one of the largest cities in Syria, while war tears his country apart, Sami’s life is relatively ordinary. His days are defined by school, friends and the animals to whom he is devoted. But when he is drafted into the military and forced to train as a mapmaker, things will never go back to the normal he has known. He may not be immersed in the harsher horrors of war, but as he struggles to keep his modest dreams alive he’ll have to face his own personal casualties.

The Girl and the Stars by Mark Lawrence 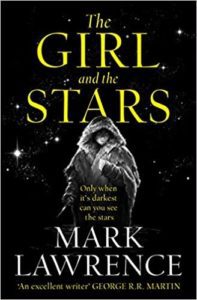 The first in an epic new dark fantasy series from the author of Prince of Thorns and Red Sister, The Girl and the Stars uses the terrific contrasts of the night sky and the frozen wilderness to tell a tale of survival and strength.

“Broken children” are not expected to survive. They can only be discarded. In this vast world of ice, where night lingers for months and the air is cold enough to stop your breath, no one exists alone. Surviving here requires a certain breed of person. Those who are different cannot last. Yaz is different.

Though taken from her family and left for dead, Yaz learns many things about her world as she survives beyond all expectation. She learns what lies beneath the ice. She learns that weakness can be strength. And, most importantly, she learns that the harsh logic employed by the government of her people can be challenged.

Tense, hostile and led by a truly memorable heroine, The Girl and the Stars is a fantasy unencumbered by manufactured flourish. 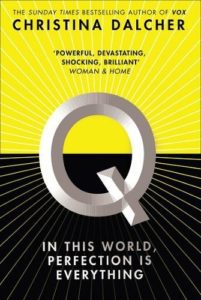 An edgy and heartrending dystopia, Q has that quality that makes the most powerful works of speculation hit that much harder: plausibility.

Society has been brutally and “empirically” separated by something called the “Q Score” – a number derived from your intelligence, genetics, financial and personal status and health (among other things). Those who have a high Q score get to experience the best that their society has to offer, while those who don’t live less appealing lives. When an individual scores below a certain threshold, they are removed from society, relegated to a hellish boarding school.

Elena Fairchild, well-liked teacher at one of the more prestigious schools, is married to a man responsible for maintaining this system of segregation. They have two daughters. One daughter, Anne, is a high-scoring wunderkind. Freddie, however, is not.

When Freddie scores so low that she is moved to one of the boarding schools, Elena realises the only way for her to stay with her daughter is to fake her own test and invite upon herself the terrible life that awaits Freddie.