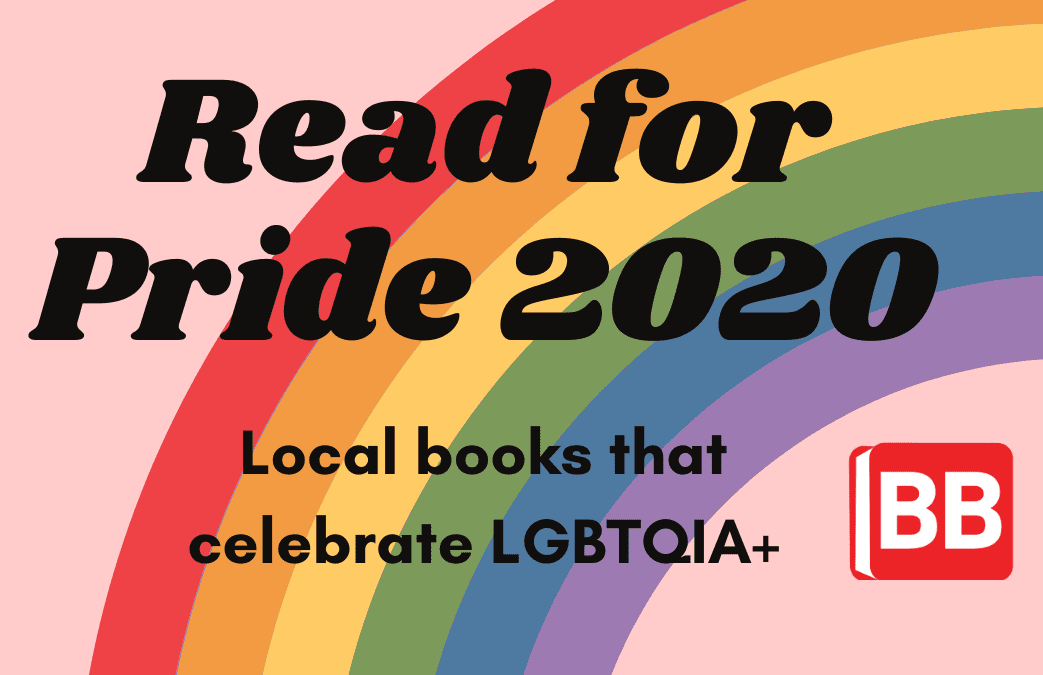 June is Pride Month – a month for celebrating and contemplating all things LGBTQ+, for encouraging unity and for honouring the long and often arduous journey that the global queer community has taken to get to this point… as well as all that has yet to be achieved.

Africa historically has a complex relationship with its queer population. Though several African countries have taken admirable steps toward guaranteeing equal rights and acceptance, there are many who have scarcely deviated from long-standing campaigns of persecution and cruelty. And then there are numerous cultures and societies that have their own reactions outside of what is legislated. As such, there are many from whom we do not hear, many queer African experiences about which we do not know, some that we cannot even imagine. So what better time to celebrate those experiences and voices that do make their way to us? Here we have eight books that compellingly document some aspect of those experiences. Have a look, read without prejudice:

You Have to Be Gay to Know God by Siya Khumalo 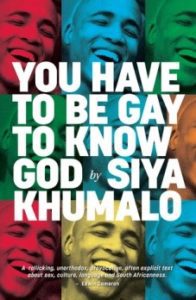 There is no denying that South Africa, and even the continent as a whole, comprises a particular mix of interwoven religion, politics and sex – often tempered by various cultures and traditions. It’s a country that has unfortunately conceived a plethora of ways in which to denigrate those considered different.

Siya Khumalo grew up in a Durban township where sermons could easily be used to incite such mistreatment. His life experiences have all led to this angry, beautiful, witty and intensely exploratory dialectic, which covers everything from toxic masculinity and enshrined patriarchy to his own experiences with sexual love, from the systemic murder of people with same-sex preferences to the notion that homosexuality is a “western import” that only affects the white and the privileged.

Few books could reasonably claim to tackle just about every post-apartheid societal issue through a powerfully righteous queer lens, but You Have to Be Gay to Know God comes pretty close. Like Pride Month itself, this is a book that celebrates the proper change while never shying from how much there is still to do. 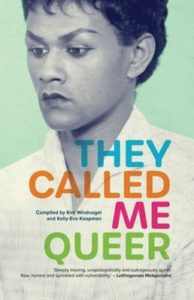 South Africa was the first African country to put true effort into accepting and supporting its queer population. With legalised gay marriage and numerous constitutional protections, SA has become known throughout the continent for its tolerance. And yet, in this most progressive of African nations, society is still scarred by many a devastating rift, inequality remains rampant and queer people are regularly subjected to violence and hatred due to tradition, culture, religion, misconception and just plain ignorance.

Running the whole rainbow, They Called Me Queer is a brilliant and multifaceted compilation that highlights the experiences of almost every kind of non-typical sexuality. Written by a bevy of writers who self-identify as lesbian, gay, bisexual, transgender, queer, intersex and asexual (LGBTQIA+), these are essential ruminations on coming out, family, romance, sex, community and self-realisation.

Becoming Him: A Trans Memoir of Triumph by Landa Mabenge 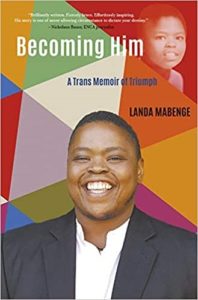 In spite of steadily increasing visibility and awareness around the world, being transgender is still regularly misunderstood – when it is not flat-out denied or actively punished. Landa Mabenge’s story is therefore an important one. Not only was he successful in becoming himself after a childhood riddled with abuse, isolation and shame, he also, in 2014, became the first known transgender man in South Africa to have medical aid pay for his alignment surgeries.

Today he works in transgender education and as a consultant, making his journey truly one of this tragically marginalised community’s most stirring triumphs. It was not an easy road though: Becoming Him is filled with as much torture and hardship as it is success, and Landa’s descriptions of powerlessness and desolation are as heartbreaking as his eventual emergence is uplifting. Insightful throughout, admirably honest and powerfully vital, this memoir exposes the culturally pervasive abuses and shames faced by those whose life is fundamentally different to most.

How To Be A Real Gay: Gay Identities in Small-Town South Africa by Graeme Reid 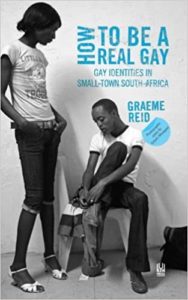 There’s a fair chance that when many of us think about gay lives, we think of cities, diverse communities, a certain cosmopolitan brightness. But the reality is that many gay people live in small towns or rural environments which, at best, offer little in the way of self-actualisation and, at worst, constitute extreme threat.

Graeme Reid of the Lesbian, Gay, Bisexual, and Transgender Rights Program at Human Rights Watch in New York, USA, here collects the life-stories and participant observations of his time spent exploring gay identity in out-of-the-way places, weaving research and theory with real experience to build a true portrait of homosexuality’s ambivalent place in South African society. Among other fascinating revelations it takes a particular look at how gay people manage to create communities and networks for themselves and express their identities through style and outlook even when there is little available. As with many such books, it also seeks to discover why SA’s protective constitution is at odds with the country’s commonly propagated certainty that queerness threatens existing traditions and beliefs.

How To Be A Real Gay is a deeply textured, accessibly intellectual and above all warmly human tribute to extraordinary capacity. 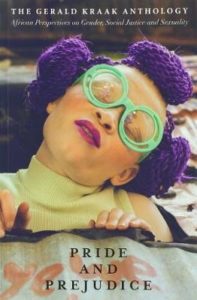 This is the first collection in the Gerald Kraak Anthology Series, a series that seeks out and presents the very best entries for the Gerald Kraak prize each year – pieces all that say something profound about gender, social justice and sexuality in Africa.

With pieces gathered from throughout the continent, ranging in style from fiction through journalism, photography and essay all the way to poetry, the offerings in this anthology offer fresh perspectives and bravely explore topics not frequently given much attention in pursuit of a true portrait of modern Africa. For an overview of the continent’s best writing and a fascinating cross-section of progressive thought, this anthology is an essential read.

Prominently featured within are entries from Nigeria, Uganda, South Africa, Mauritius and Kenya. 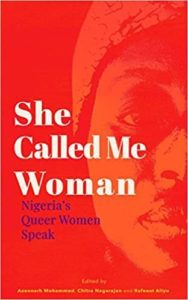 This groundbreaking and utterly necessary collection of first-hand accounts serves to dispel many myths surrounding what it is to be a queer woman in Africa.

While Nigeria is substantially distinct from South Africa in many ways (especially concerning constitutional protections for queer citizens), its queer women face very similar challenges and the voices collected in this deeply real volume serve, above all, to let LGBT+ women everywhere know that they are not alone.

In She Called Me Woman stories of first loves and gender non-conformity jostle vibrantly with meditations of societal expectation and spirituality, family, traditional labels and the struggle to create real, truthful relationships in a country closed to non-heterosexual union. Featuring an array of narrators each with their own unique tales of realisation and identity, this is a book that challenges stereotypes head on and offers genuine glimpses into the lives of our queer family, friends, co-workers and neighbours everywhere… glimpses that provide something undeniably important. 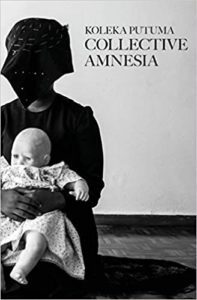 The trenchant and unignorable poems collected here are the work of one of South Africa’s most notable new voices. Through inflammable examinations of authority, religion, blackness, womanhood and sexuality, Putuma demands justice and urges us all to pay attention to all the things that are forgotten and glossed-over and to all those who are disregarded.

As a queer woman who grew up in a religious community, Putuma has experienced the often painful intersections of what Christianity means to black identity and how queerness is received in cultural and religious terms. More than anything, Collective Amnesia speaks to the struggle shared by everyone in the LGBT community: the strain of being oneself. Traumatic, healing, sometimes joyful, sometimes pained, these poems are true champions of visibility.

The Quiet Violence of Dreams by K. Sello Duiker 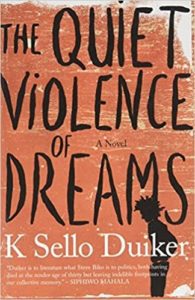 Released back in 2001, The Quiet Violence of Dreams is regarded as a seminal moment in South African literature in English. This is partly due to its brave and searching content — its exploration of homosexuality and disillusioned and unmoored life in vibrant post-apartheid cities — and partly due to the tormented man who authored it.

The novel, which draws heavily from Duiker’s own experiences, tells the tale of Tshepo, a Rhodes student who faces a stretch in a mental institution after a bout of psychosis. Following his rehabilitation, he quits his studies and drifts for a while before finding work in a gay massage parlour that caters mostly to white men.

Tshepo’s story is one that’s fundamental to the queer experience. Just as many do, he struggles to figure out his place in a world that is overwhelmingly geared toward others while he gradually becomes aware of his sexuality. It’s a tale written with great emotional depth; bold in its complexity, relentless in its explorations and beautiful in its ability to summon from the depths. It’s an absolute must-read for anyone seeking to understand South African society and the parts that race and queerness play therein.

Be Wonderful to Yourselves and Each Other