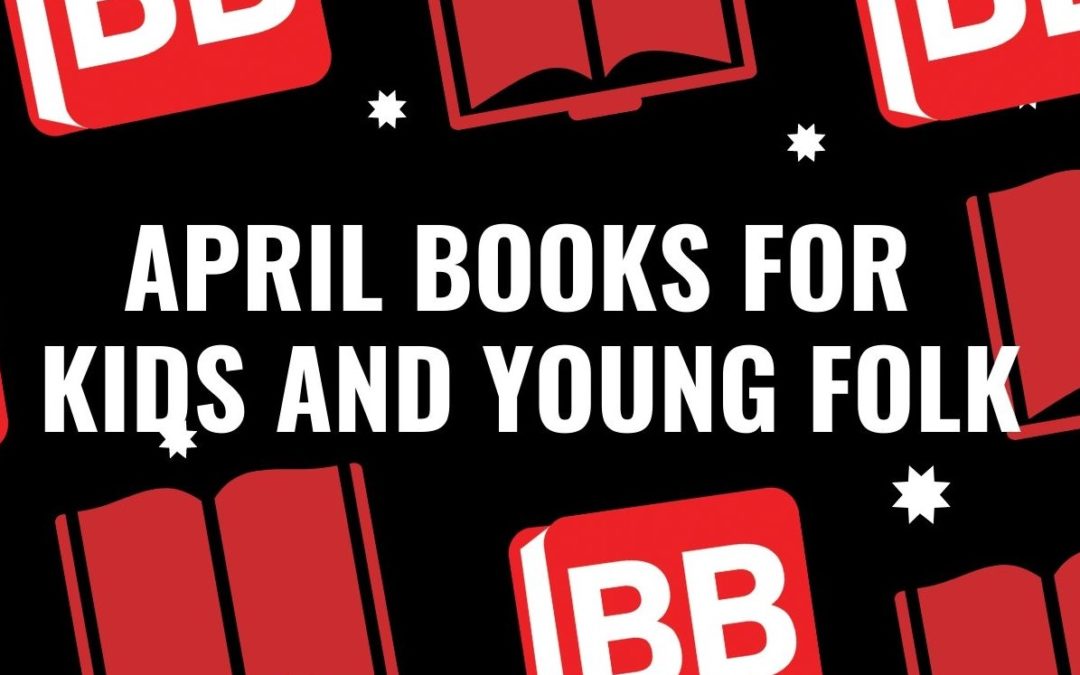 With things as they are at the moment, release dates and availability of books are going to be a bit different for a little while. But the great books just keep on coming regardless and it’s still important to keep the young people and little ones in your life excited about books. So here’s a selection of new books, arriving (or already arrived) this month that’ll keep their imaginations lively. Remember to make a note of the ones you fancy so that you can get hold of them as soon as you can.

For Ages 3 and Up 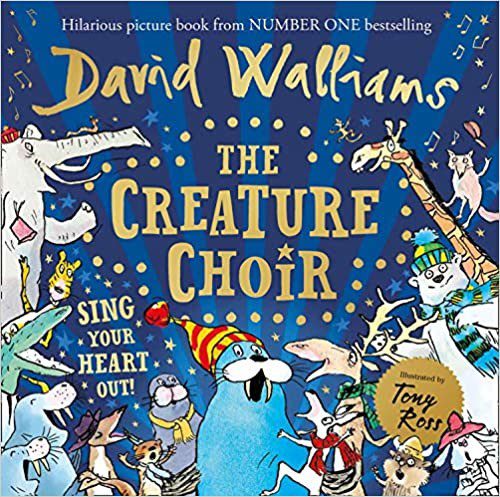 The Creature Choir by David Walliams

It’s true, anything that gets you singing is a good thing. It’s also true that books by David Walliams are a good thing too.

What’s perhaps not so good, is Warble the walrus’s singing. But she doesn’t care. She just loves to sing. You wouldn’t think that off-key caterwauling could do any real damage, anyway, would you? In this instance, sadly, you’d be wrong. When Warble’s woeful warbling manages to cause an avalanche, the other walruses figure it’s probably wise to keep their distance. There are other animals out their though, and when you do what you love to do loud enough, someone’s bound to hear you eventually.

The perfect story for anyone who loves laughing and singing and being happy and being loud… complete, as always, with terrific illustrations by Tony Ross. 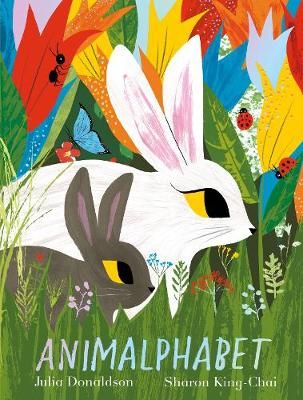 Each page takes the young reader deeper into an exotic world of animals, asking all the way, “can you guess who has more legs than a butterfly? And who is wrinklier than a hedgehog?”

Not just the alphabet, Animalphabet also teaches basic comparison skills and various adjectives from the world of nature.

It’s thoroughly enchanting, and so richly designed that your little ones will be going back to it again and again. And so will you.

For Ages 6 and Up 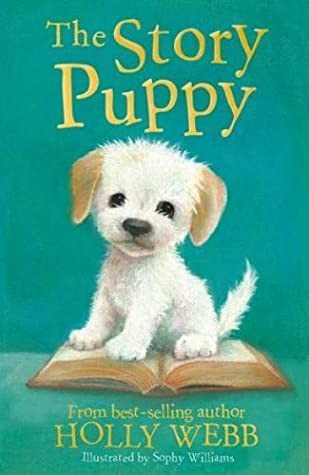 The Story Puppy by Holly Webb

This is a really lovely story with just so much appeal and application. A love-letter to the important part that animals play in children’s lives, as well as reassurance for kids that struggle with reading, The Story Puppy has something for just about every youngster.

Jack is starting to dread school because he does not read as well as the other kids. He doesn’t think that anybody will be able to help him and he’s even starting to lose his temper with his friends.

For Ages 9 and Up 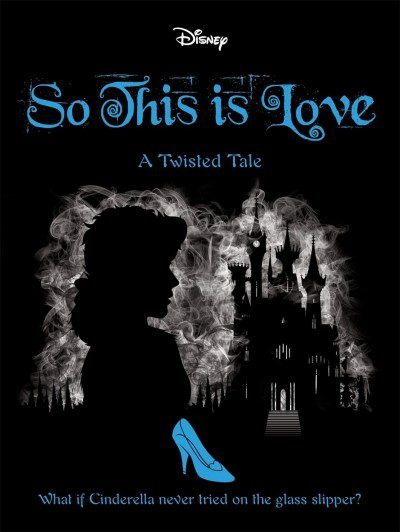 So This is Love: A Twisted Tale by Liz Braswell

The eighth installment in a series of books that flips popular Disney stories on their heads by asking a string of “what if” questions, So This Is Love present a new take on the Cinderella story by asking, what if Cinderella never tried on the glass slipper?

Unable to stand her laborious and cruel life any further, and sadly unable to prove that she is the one the prince is looking for, Cinderella wrangles herself a job at the palace, working as a seamstress. Once within the royal court, she gets wind of a nefarious scheme to remove the king – and therefore the prince – from power. Now stuck between the villains of her past and future, can she figure out which direction to take, knowing that doing nothing could undo her chance at a better life?

For a rundown of the full series of A Twisted Tale books, check this out: https://disney.fandom.com/wiki/A_Twisted_Tale_(Book_Series) 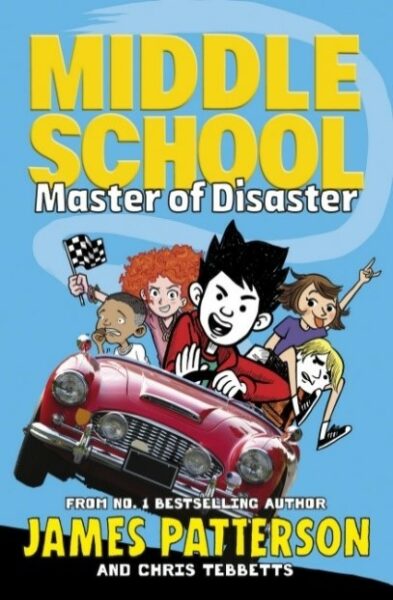 Characters from all of Patterson’s favourite children’s series come together for the very first time in this hilarious adventure and whopping celebration of books and reading.

Jimmy and Rafe are usually, famously, up to no good. But this time, their efforts actually are in the right place. They’ve been put in charge of a massive event all about how awesome books are! Of course, it was never going to be that easy, and trust those two to somehow turn a little problem into a huge one. They’re going to need some help to sort this out .

Enter Jamie Grimm from I FUNNY, Jacky Ha-Ha, the Kidd family of TREASURE HUNTERS, and super-genius Max Einstein. With the help of the smartest, funniest, most unstoppable kids out there, surely Jimmy and Rafe can save the event from certain disaster. 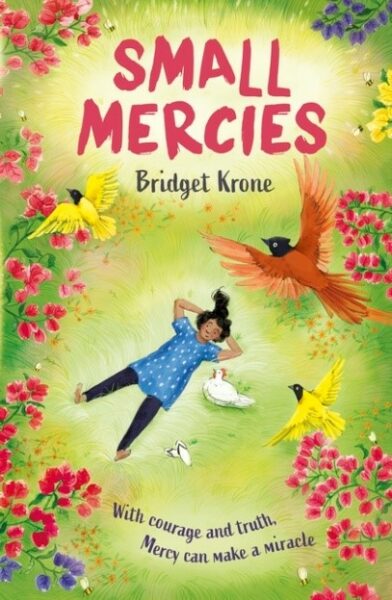 A tale, inspired by Gandhi’s principals of passive resistance, about eccentric aunts, villainous housing developers, scheming classmates, courage and the need for small miracles, this is a book about things falling apart… and coming back together.

Small Mercies is destined for a place among the greats of children’s literature… and it’s set in South Africa too.

Mercy lives with her two dirt-poor aunts, one of whom is beginning to lose her mind, in Pietermaritzburg, in a house that is barely managing to keep itself together. The situation is already precarious, but now a nasty property developer is eyeing the house and, on top of that, a classmate has framed Mercy for stealing money from her school. 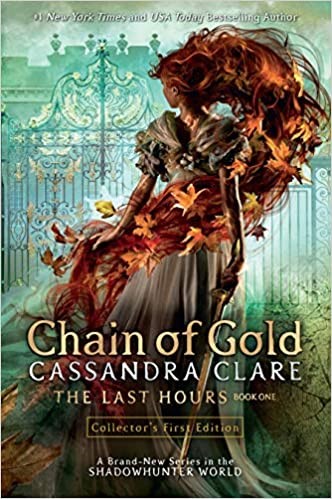 Chain of Gold: The Last Hours Book 1 by Cassandra Clare

The first in a brand new trilogy by far-famed Cassandra Clare, Chain of Gold sees the Shadowhunters in Edwardian London, discovering themselves and their powers and, in the process, the incredible price of being a hero and of falling in love.

As London moves into an electric future, pursuing pleasure and art in equal measure, demons wait for their chance to disrupt the peace.

James and Lucie Herondale, children of the famous Will and Tessa, have grown up in an idyll with their loving friends and family, listening to stories of good defeating evil and love conquering all. But everything changes when the Blackthorn and Carstairs families come to London…and so does a remorseless and inescapable plague.

James Herondale longs for a great love, and thinks he has found it in the beautiful, mysterious Grace Blackthorn. Cordelia Carstairs is desperate to become a hero, save her family from ruin, and keep her secret love for James hidden. 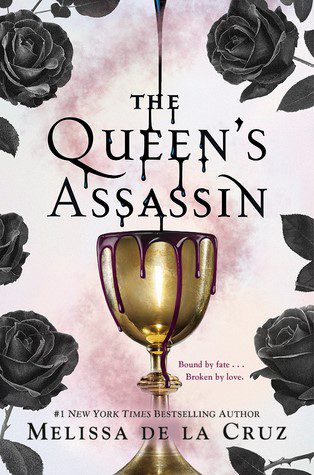 The first half of a fantasy-romance duet filled with fearsome assassins, forbidden magic and interwoven secrets and lies, this is a classic master-and-apprentice tale of love and war.

Caledon Holt is the kingdom’s deadliest weapon. No one alive can best him in speed, strength, or brains, which is why he’s the Hearthstone Guild’s most dangerous member. Cal is also the Queen’s Assassin, bound to her by magic and unable to leave her service until the task she’s set for him is fulfilled.

Shadow of the Honey Glade has been training all her life to join the Guild, hoping that one day she’ll become an assassin as feared and revered as Cal. But Shadow’s mother and aunts expect her to serve the crown as a lady of the Renovian Court.

When a surprise attack brings Shadow and Cal together, they’re forced to team up as assassin and apprentice. Even though Shadow’s life belongs to the court and Cal’s belongs to the queen, they cannot deny their attraction to each other. But now, with war on the horizon and true love at risk, Shadow and Cal will uncover a shocking web of lies that will change their paths forever.

Sarah J. Maas launches her brand-new CRESCENT CITY series with House of Earth and Blood: the story of half-Fae and half-human Bryce Quinlan as she seeks revenge in a contemporary fantasy world of magic, danger, and searing romance.

Half-Fae, half-human Bryce Quinlan loves her life. Every night is a party and Bryce is going to savour all the pleasures Lunathion – also known as Crescent City – has to offer. But then a brutal murder shakes the very foundations of the city, and brings Bryce’s world crashing down.

Two years later, Bryce still haunts the city’s most notorious nightclubs – but seeking only oblivion now. Then the murderer attacks again. And when an infamous Fallen angel, Hunt Athalar, is assigned to watch her every footstep, Bryce knows she can’t forget any longer.

As Bryce and Hunt fight to unravel the mystery, and their own dark pasts, the threads they tug ripple through the underbelly of the city, across warring continents, and down to the deepest levels of Hel, where things that have been sleeping for millennia are beginning to stir …