August Book of the Month 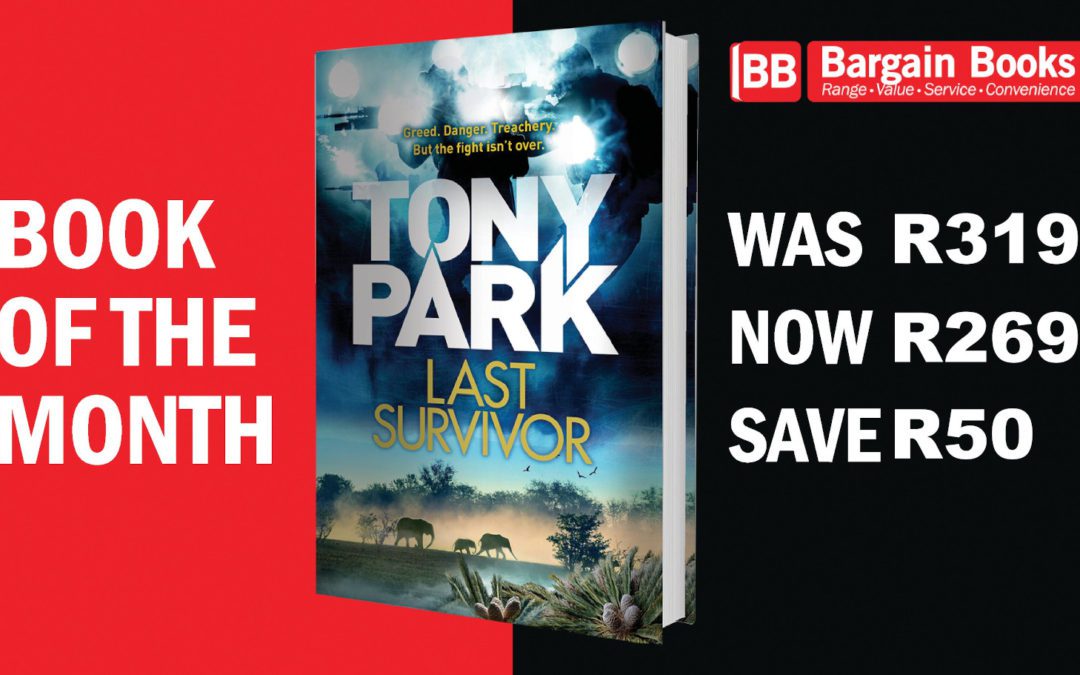 Our book of the month this month is the new adventure from beloved author Tony Park, who has once again focused on a specific, hidden aspect of African crime to bring us another excellent mystery. Tony Park’s safari-tinged thrillers are always a winner, especially if you are a Wilbur Smith fan with a keen appreciation of the African landscape.

The Last Survivor: A Pretoria Cycad and Firearms Appreciation Society Mystery was inspired by South Africa’s relationship with the ancient and impressive Cycad. While living in South Africa, it is almost inevitable that you will, at some point, be led into the garden of a friend or acquaintance specifically so that they can show you their prized pineapple-esque Cycad – a plant which, as they will certainly tell you, dates all the way back to the dinosaurs and is both rare and valuable. What they might not tell you, what they might not know, is that there is such an organised black market for these spiky dignitaries that the situation has been investigated by the US Department of Fisheries and Wildlife… which is basically the FBI for plants and critters.

And this is precisely how Park arrived at the basis for his new novel: a thriller that connects the theft of a rare Cycad with a massive terrorist plot. 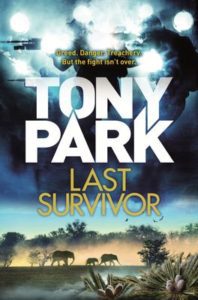 Other Recent Books by Tony Park

Here’s a little about some of Tony Park’s other more recent releases. 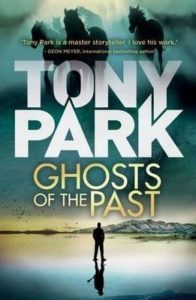 Ghosts of the Past takes inspiration from true events and tells the tale of a soldier who fought in the Anglo-Boer War, leaving behind a half-told story and secrets worth killing for.

Australian horse trader Cyril Blake was executed in 1906 by German forces. His great-nephew Nick discovers a manuscript that recounts how Blake stayed in South Africa after his time in the Anglo-Boer War, how he joined the Nama people in their rebellion against the Germans in modern-day Namibia. Meanwhile Anja, a historian in Munich, is researching the wild “ghost” horses of Namibia and comes upon the letters of one Clair Martin, a spy with whom Blake had an affair. As Nick and Anja’s interests in this lost tale intersect, they find themselves barrelling through Southern Africa in pursuit of things long hidden. But they are not the only party rushing to find this treasure. There are those who will do anything to get there first.

This is an action-adventure novel that offers powerful insights into a lesser-known war. It’s a richly detailed tale of greed, heroism and conflict that moves with ease between the past and the present to conjure a legacy of survival and deliver a genuine page-turner shot through with real love for Africa and its history. 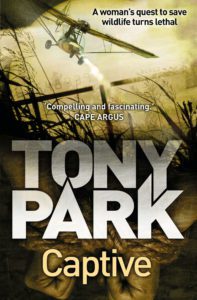 A mission to save endangered wildlife turns into an epic, action-packed battle for survival. Former soldier Dr Graham Baird is well acquainted with the dangers of the African Bush – as a wildlife veterinarian he has been a part of many hairy situations. But none as deadly as the one he is about to face.

On a routine trip to track down a baby elephant, Baird is caught in a brutal fire-fight instigated by poachers. The gun battle kills the younger brother of Fidel Costa – a member of Mozambique’s government and an infamous poacher-boss. Thirsty for vengeance, Costa issues a fierce vendetta, unwilling to rest until Baird is killed.

But Baird is not the only victim of Costa’s campaign. An Australian lawyer, Kerry Maxwell, is volunteering with Baird at a wildlife rehabilitation centre when she is kidnapped by Costa’s people. Together, Baird and Maxwell must fight for their survival on the very brink of the war on poaching. 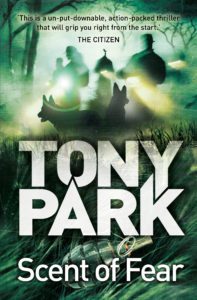 Another engrossing and action-packed thriller with a lot of local flavour.

On a routine anti-poaching patrol, Sean and his tracker dog Benny watch in horror as over-eager rookie Tumi Mabasa is almost killed and her dog gravely injured in an explosion. Along with Tumi and best mate Craig Hoddy, Sean is determined to hunt down the elusive bombmaker who has introduced this destructive weapon to the war on poaching.

“Chinese gangster David Li has employed a former terrorist bomb maker to defeat the highly effective anti-poaching dogs and their human partners, and Li also has his sights set on a new prize—lions. Sean’s boss and ex-wife Christine Glover has a pride of lions rescued from a hunting farm and Li wants the big cats for their bones, which are prized in traditional Asian medicine. Sean’s world is imploding and exploding as Christine falls for Craig, more bombs take their toll, and a secret addiction threatens to bring Sean undone.” 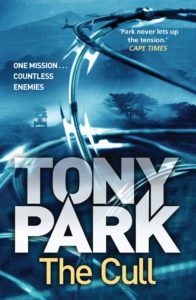 Park himself has this to say about his riveting poaching thriller:

“One of the big problems in the war on poaching in Africa, just like in many other armed conflicts, is that even though the good guys often know where the bad guys are, they can’t get to them.

Many (though by not means all) of the poachers who kill rhinos in South Africa’s Kruger National Park come from across the border in neighbouring Mozambique.

The South African authorities know the villages where the poachers live (and where the kingpins live in relative splendour and drive expensive 4x4s), but they are not allowed to cross the border into another country to attack or arrest them.

Imagine, then, if there was a billionaire businesswoman who was so dedicated to conserving wildlife and eradicating poaching that she was prepared to bankroll a covert unit of mercenaries to find the poachers and their bosses, put them under surveillance, and arrest them the moment they crossed the border.

And what better person to head up such a unit than my very own kick-ass former mercenary, the fierce Sonja Kurtz.

That was the idea behind ‘The Cull’.”

To learn more about Tony Park, his many books and the ideas that get him started, visit his website: https://www.tonypark.net/index.html