Books for the Young Folk This Christmas

Obviously it goes without saying that you’ll all be getting the important young people in your lives books this Christmas. If I could go back in time, I’d tell my younger self to forget about all the toys and fads that vie for top spot on the wish list and put books instead. Books, books, books. It makes sense as soon as you think about it. How many boxes of discarded and out-of-fashion toys and accessories are clogging up the attics and garages as we speak? And how many beloved old books still occupy your shelves? As many as you could hold on to, right? There you have it.

The tricky thing, of course, is knowing which to choose… especially since there are just so many great ones out there at any given moment. So. Here are five choices absolutely bound to delight their recipients: 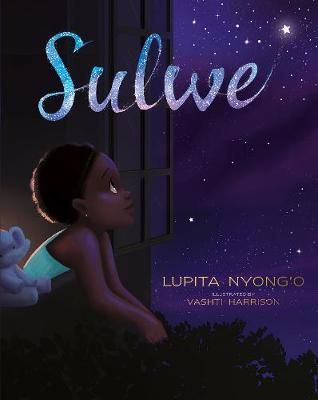 You might know author Lupita Nyong’o from her appearances in such films as Black Panther, Us, and The Jungle Book. You may also know her as a vocal activist for women’s and animals’ rights. But now you get to know her as the writer of a beautiful new tale designed to teach young children that true beauty comes from within.

Young Sulwe has the darkest skin of everybody she knows. Skin the colour of the midnight. And all she dreams of is being as beautiful and bright as her mother and sister. She wishes that she could look more like those around her and struggles with the doubts that come with feeling different. Until she takes a miraculous journey through the night sky and is comforted by powerful revelations.

Generously graced by the magical illustrations of Vashti Harrison, Sulwe is a powerful picture book that takes on colourism, self-esteem and the very notion of beauty in a moving and important way: challenging subjects clothed in honesty, whim and great heart. 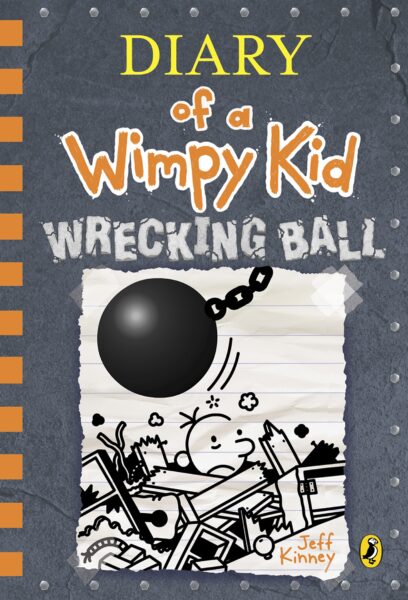 Diary of a Wimpy Kid: Wrecking Ball by Jeff Kinney

So, this series needs no introduction, of course, and with every new instalment comes a fresh new sack-full of gleeful guaranteed laughs.

In Wrecking Ball, Greg and family are in the midst of some major home renovations. Which are always stress-free and totally simple, right? When they receive an unexpected inheritance, the Heffley family get the chance to really spruce up the old family home, but DIY is not a game everyone should play and between spilled concrete, pest invasions, obliterated walls and runaway hot-tubs, things get chaotic pretty quickly. But who knows, Greg is a pretty imaginative guy, maybe he can fight off the dreaded grout monsters and the house hazards long enough to salvage something interesting from this madness.

As always, a host of hilarious illustrations, funny random thoughts and situational goofs make the newest Diary of a Wimpy Kid a sure winner with the kids. For ages 7 and up. 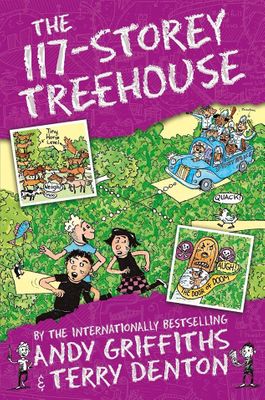 The 117 Storey Treehouse by Andy Griffiths and Terry Denton

Who’d believe that the very first 13 Storey Treehouse was built eight years ago?! 104 additional storeys later and the Treehouse just keeps getting bigger, better, madder and more infinitely entertaining. Aside from the sheer, and seemingly inexhaustible, imagination that has gone into the series, it is the mix of cartoon illustrations and zippy comedy that make it such a dependable favourite. They’re easy to read, always hilarious and also pretty likely to get young readers coming up with their own zany and creative construction schemes – which makes them excellent for readers not quite ready for heavier books.

This time around, new additions to the treehouse include a pyjama-party room, an underpants museum, a photo-bombing booth, something called The Door of Doom, and a level especially for very small horses. The fun doesn’t stop for even a moment. 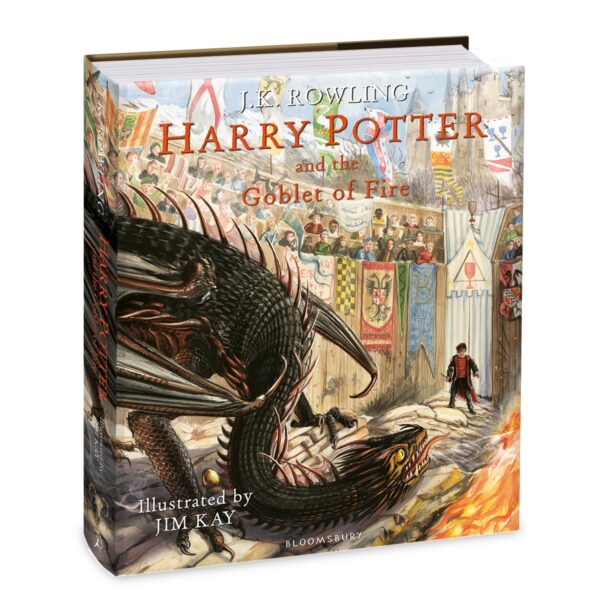 By now it would be fairly redundant to extol the many virtues and charms of the Harry Potter series. We all know how good it is, and how massive a magical world it spawned. However, here is a new edition that comes with its own set of uniquely beautiful enhancements. And the art of Jim Kay is difficult to oversell.

Harry’s fourth year at Hogwarts was one that gave rise to a whole host of new things: New spells and magical flavours, new memorable characters, incredible new creatures. And it’s not unfair to say that Jim Kay’s exceptionally detailed, breathtakingly gorgeous illustrations grant Harry’s fateful adventures in the Triwizard Tournament more life than ever before. The art here is a kind of magic unto itself.

Such exquisite new vibrance makes this edition the perfect gift for dedicated Potterheads and new readers alike. For those familiar with the story it brings a completely fresh level of visual engagement and highlights details that may have been overlooked before, and for new readers it’s just the thing to show off the splendid fruits of JK Rowling’s imagination. And yes, you can get the previous three books in the same style. And, yes you should.

But you needn’t just take our word for it. Feast on the incredible new visuals here:

The Book of Dust 2: The Secret Commonwealth by Philip Pullman

When any new work by Philip Pullman comes along, you are guaranteed two things: a heady sequence of cleverly constructed fantastical marvels, and a thought-provoking examination of the forces and agencies that exert control over our daily lives.

In La Belle Sauvage  (The Book of Dust #1), we were introduced to the infant Lyra Belacqua, her unlikely rescuer, 11-year-old Malcolm Polstead, and the deadly agents of the all-seeing Magisterium. The second instalment picks us up in time and sets us down twenty years after the indelible events of the original trilogy’s concluding book, The Amber Spyglass.

Things take a distinctly adult turn in The Secret Commonwealth and, before we go any further, it is worth mentioning that this book is not as suitable for young readers as were its prequels.  Lyra is now a student at Oxford – the place that once saved her and endlessly endangered her – and we find her at something of a personal crisis. Urged on by a witnessed murder and the secrets that it spills, Lyra embarks on new and dangerous travels, pursued by those who blame her for their own losses, in search of the key to the ever-expanding mysteries of Dust and the factions that war over it. Accompanied by Malcolm, her complex new adventure sees her move far beyond all she knows into Europe and Asia, into deserts and ghost-ridden cities.

The Secret Commonwealth is a stellar addition to Pullman’s engrossing and rich mythology and should be read by everyone with even a passing interest in the phenomena that make up our world, not just fantasy fans.

Recommended for readers of at least 13 years.