Between the parents and the teachers and the children (all three volumes of them!) you might have thought that David Walliams had finally run out of the Worst Whatsits in the World to delight and appal us with. Not so! Because Walliams is back and this time he has brought with him The World’s Worst Pets! Ah, but could pets ever possibly be as awful as teachers or parents or children? Well, you’ll have to find out, won’t you?

Read on for more about the new book and the series so far. 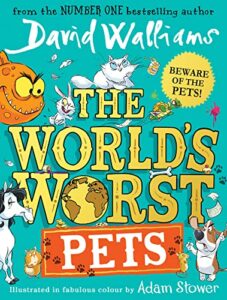 Did you ever have a dog that did nothing but cause absolute havoc? Or a cat that seemed to live purely to aggravate you? How about a particularly repulsive rabbit, or a malevolent goldfish? Well, this new book has pets like that. Pets of every kind, in fact. It’s got good pets and bad pets, impossibly enormous pets, outrageous and gifted pets, pets with supervillainous plans and pets who’d gladly swallow you whole.

Come and meet Houdini, the magician’s rabbit and Zoom, the supersonic globetrotting tortoise. And Griselda the grizzley bear who… well, actually, we can’t tell you about Griselda because it’s a secret. And the less said about Furp the better.

With this hilarious collection of ludicrous pets and wondrously ridiculous animals, David Walliams – accompanied this time by the brilliant illustrations of Adam Stower – serves up one side-splitting situation after another. You’ll never look at your pets the same again!

The Worst So Far

It began back in 2016 with the first ten tales of weird and wonderful kids. And, as you can imagine, there’s really no limit to how awful these young horrors can get. Some of them are alright though… some of them just have unfortunate, um, characteristics. Here, as a little taster, are some of the most notably woeful kids to feature in the first three books of this outrageously funny series: 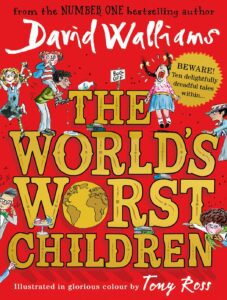 Dribbling Drew – what’s so bad about a bit of dribble, you might wonder. My dog drools and she’s the best! Well, Drew’s dribbling is so bad that it frequently gets him into trouble. We’re talking serious stuff here… like, a flooded bedroom serious.

Brian Wong (who’s never wrong) – some kids just have to be right. Like all the time. And if you reckon there’s nothing wrong with that, well, perhaps you should take it up with Brian.

Windy Mindy – we think you might be able to guess what Mindy’s deal is. If you’ve ever been around her, you certainly wouldn’t need to guess! 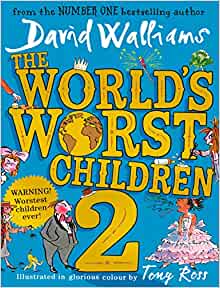 Stacy Superstar – Stacy absolutely has that star quality. She’s got the confidence, the flair, the attitude… it’s just too bad she’s a truly awful singer.

Gruesome Griselda – is it possible to be a little too fascinated with bugs and other icky things? Griselda would say not, no doubt, but if she ever leaves you a present, you’ll soon find out the real answer! 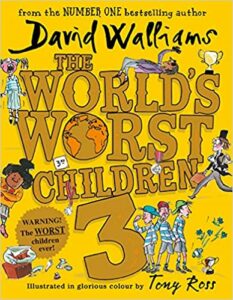 Hank (perpetual prankster) – a practical joke can be a laugh. Sometimes a prank can even be really clever and creative. But sometimes, like Hank’s long suffering family, you just want to get on with your life without having to look over your shoulder all the time.

Tandy (terrible tantrums) – it’s forgivable to lose your temper every now and then. As long as you apologise, of course. But Tandy, well. The littlest thing goes wrong and Tandy launches into a titanic tantrum. One, honestly, would be too many… but you’ll be amazed at how many Tandy can fit into a day. 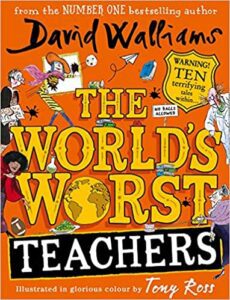 Of course, kids aren’t the only ones who can be awful. At some point, you’ve probably had a fairly strong dislike for one of your teachers. Perhaps you thought that a certain teacher of yours was the absolute worst. Well, we can reasonably promise that however dreadful your teachers have been in the past, they are nothing compared to this hilariously appalling bunch. Here you’ll meet Mr. Phobe, who could perhaps be a fairly decent teacher, if he wasn’t so completely terrified of children (so we’ll never know), and Miss Seethe, who is, without fail, always utterly furious and won’t be happy until every last student has been thrown in permanent detention. Then of course there’s Mr. Dread, the incredibly sinister science teacher, to whom there is far more than meets the eye… not that you’d ever really want to find out the whole truth.

Delightfully gruesome and ceaselessly hysterical The World’s Worst Teachers is an incredible showcase of abominable educators. Not only will it entertain you, it will probably encourage you to look more kindly upon the teachers you do actually have… believe us, they cannot be this bad! 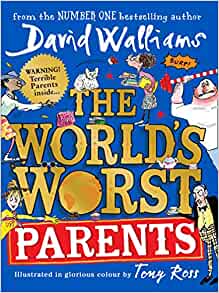 And lastly, if you have managed to escape all the world’s worst children and the world’s worst teachers, well, there’s always the parents to worry about. Maybe your mum can get on your nerves from time to time, but does she insist on dressing in a homemade superhero outfit and brandishing a toilet brush like it was a magic wand, like Supermum? And perhaps your dad can be embarrassing now and then, but are his feet stinking enough to knock out passing pigeons, like Mr. Pong’s? And we bet he doesn’t steal every one of your toys for himself, like Mr. Monopolize. These mums and dads are as terrifically silly and as incredibly daft as they come… and you thought your parents were hard work! (Parents, if you’re

reading this and you’d like your kids to be more accepting of your foibles, simply introduce them to The World’s actual Worst Parents!)

And that, folks, is all the World’s Worsts so far! Have you met them all?