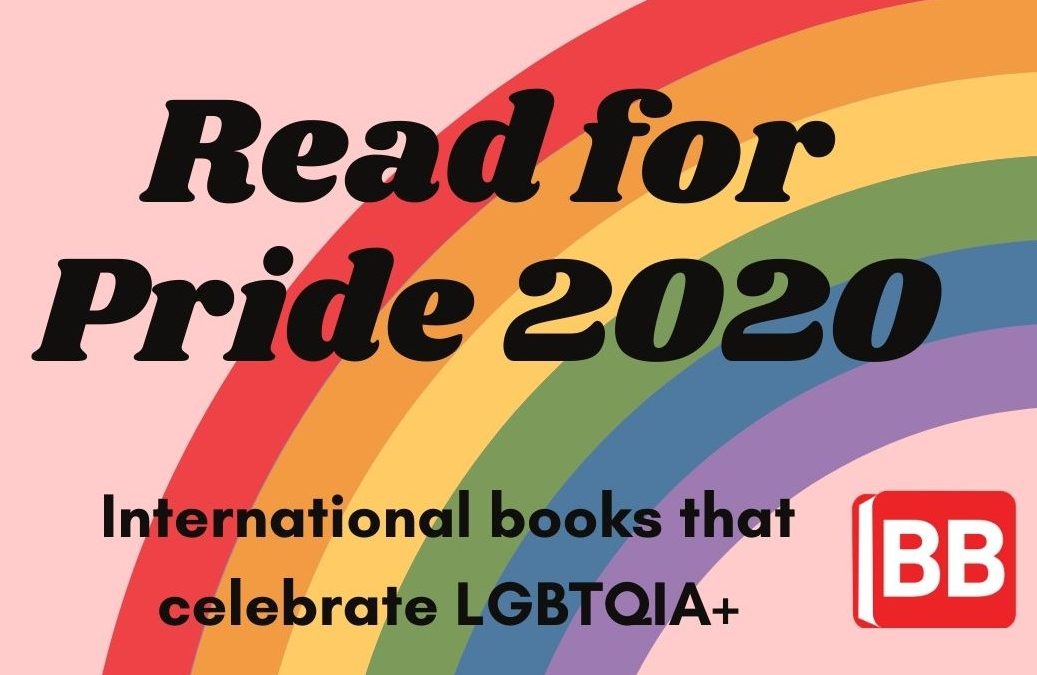 June is Pride Month – a month for celebrating and contemplating all things LGBTQ+, for encouraging unity and for honouring the long and often arduous journey that the global queer community has taken to get to this point… as well as all that has yet to be achieved.

Fortunately, literature can be relied upon to offer us a variety of perspectives in this department, as well as bringing increased visibility and hope into the world. Here are eight titles you’ll want to give a go this pride month.

Queer There and Everywhere: 23 People Who Changed the World by Sarah Prager 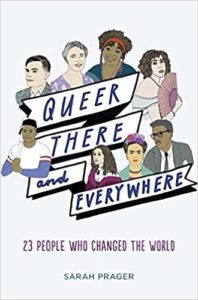 More queer people have had a profound effect on the world than we’re likely to ever realise. Fortunately, there are plenty about whom we do know.

This engaging and snappy compilation of incredible characters is specifically geared toward young adults and is presented in a pop culture style that will appeal across the board. Journeying across nations and ages, this is an important collection of punchy biographies that should be on everyone’s shelf.

Queer author and activist Sarah Prager delves deep into the lives of 23 people who fought, created, and loved on their own terms. From high-profile figures like Abraham Lincoln and Eleanor Roosevelt to the trailblazing gender-ambiguous Queen of Sweden and a bisexual blues singer who didn’t make it into your history books, these astonishing true stories uncover a rich queer heritage that encompasses every culture, in every era.

By turns hilarious and inspiring, the beautifully illustrated Queer, There, and Everywhere is for anyone who wants the real story of the queer rights movement.

The Color Purple by Alice Walker 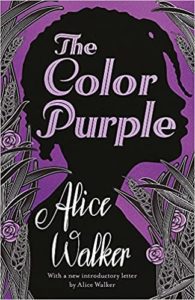 The Color Purple is possibly more often remembered for its film adaptation and for Oprah Winfrey’s performance than for the fact that it managed to significantly shape the world and give voice to much previously unexpressed pain, bitterness, joy and triumph.

This novel tells the tale of Celie, a black girl born in the American Deep South between the two wars, who survives segregation, repeated abuse, poverty and the loss of her children to finally be able to explore who she is as a woman and realise the truth of her spirit.

By presenting polarised but always profoundly real characters, their interactions with the world into which they were born and their attempts to shape their fates, The Colour Purple crafts an unforgettable exploration of race, sex, oppression and inner strength.

Queer City: Gay London from the Romans to the Present Day by Peter Ackroyd 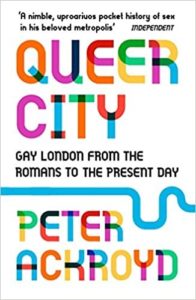 Anybody who thinks that the bright, queer metropolis is a relatively modern conception could do with knowing more about ancient civilizations. Today, the UK, especially its sprawling and diverse capital, is a pretty accepting and vibrant place. But this was not always the case. The most interesting thing is… the path to this state of affairs has been anything but straight forward.

During the time of the Romans, London was sexually open and most preferences were well catered for. Then came a new emperor with new oppressive ideas. From that point onward, the secret history of gay London has swung between permissiveness and puritanical madness depending on who was in charge.

Ackroyd takes us right into the hidden history of the city; from the notorious Normans to the frenzy of executions for sodomy in the early nineteenth century. He journeys through the coffee bars of sixties Soho to Gay Liberation, disco music and the horror of AIDS.

The Miseducation of Cameron Post by Emily M. Danforth 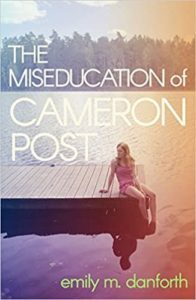 The issue of “conversion therapy”  is an ugly one, mired in bottomless cruelty, ignorance and suffering. And it is an ongoing one too. We have, however, gratefully seen quite a few depictions of this ghastly practice, and the brave souls who have survived it, bring the problem more attention.

The night Cameron Post’s parents died, her first emotion was relief. Relief they would never know that hours earlier, she’d been kissing a girl.

Now living with her conservative Aunt in small-town Montana, hiding her sexuality and blending in becomes second nature to Cameron until she begins an intense friendship with the beautiful Coley Taylor.

Now Cameron must battle with the cost of being her true-self even if she’s not completely sure who that is.

The Miseducation of Cameron Post is a stunning and unforgettable literary debut about discovering who you are and finding the courage to live life according to your own rules. 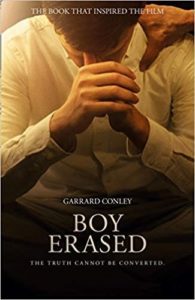 Another testament to the horrors of “conversion therapy” – and to the strength of those who overcome them – this heartrending memoir is a beautiful and necessary examination of family, faith and self.

Garrard was nineteen when he was outed to his parents. His father, a Baptist pastor, forced him to choose between his sexuality and his family. Not wanting to lose everyone close to him, Garrard was impelled to attend a church-run program that would “cure” him of his homosexuality.

The biblical rigours of the program and its cruel proponents broke several of its involuntary participants, but Garrard manages to summon the strength to not only survive, but to embrace himself.

Under the Udala Trees by Chinelo Okparanta 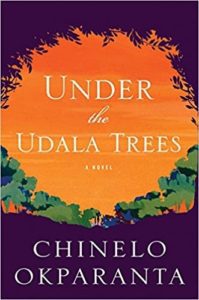 In this lustrous novel, post-civil-war Nigeria forms the complex backdrop for a deep and compelling exploration of selfhood, sexuality and womanhood. Written with great grace and an evocative folkloric quality, Under the Udala Trees is the story of a love that flourishes even as persecution and brutality threaten it. Few other novels so directly tackle the obstacles that war, politics and religion can constitute to a person’s sense of self.

“Ijeoma comes of age as her nation does; born before independence, she is eleven when civil war breaks out in the young republic of Nigeria. Sent away to safety, she meets another displaced child and they, star-crossed, fall in love. They are from different ethnic communities. They are also both girls.When their love is discovered, Ijeoma learns that she will have to hide this part of herself. But there is a cost to living inside a lie. Even as their nation contends with and recovers from the effects of war and division, Nigerian lives are also wrecked and lost from taboo and prejudice. This story offers a glimmer of hope a future where a woman might just be able to shape her life around truth and love.” 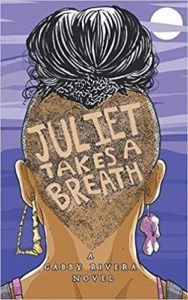 LGBTQ representation is at an all-time high in YA literature, and that has a lot to do with awesome books like this one. It’s a complete kick in the pants to all the teen novels that that tell the same old white boy/girl stories and it never shies away from feminism, gender and sexuality in all their complex forms.

Having recently come out to her family, Juliet’s not sure that they’ll ever speak to her again. But she’s not about to just let things lie. She’s leaving The Bronx for Portland, Oregon, where she’ll be interning with the author of her favourite book — Harlowe Brisbane, expert on feminism and women’s bodies — and, hopefully, figuring all this stuff out.

Maybe one summer is not quite long enough to make sense of your whole life, and maybe she’ll come away with more questions than answers, but it’s worth a shot. After all, you have to work it.

Simon vs The Homo Sapien Agenda by Becky Albertali 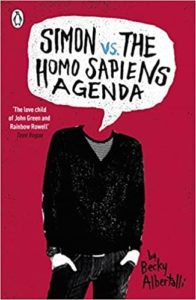 Yep, we weren’t about to leave you without a mentioning Simon. Having spawned the sensational film Love, Simon this novel has managed to become one of the biggest, coolest and most obsessable gay stories out there.

Everybody, at some point, has to spend some time figuring out who they are and what they are looking for. It’s just one of those incredibly awkward, necessary things. But it’s so much easier for straight people. They should really have to come out too. At sixteen, this is just the thing that Simon is tackling. However, when one of his emails to Blue, the guy that keeps him up at night, goes public, things get even more complicated.

Falling in love has never been so authentic and you’d be hard pressed to find a YA novel more filled with love and life-living enthusiasm than this one.

Looking for more Pride Month reads? Check out these lists for another assortment of awesomely queer books:

Be Wonderful to Yourselves and Each Other