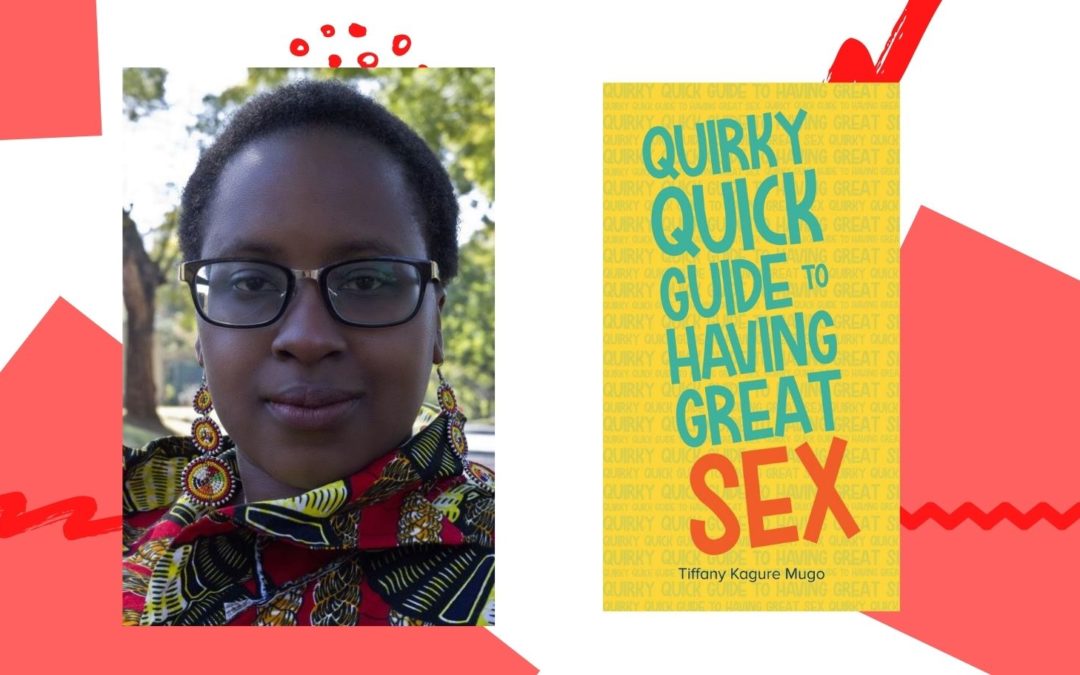 Sex can be scary, but it doesn’t have to be. Every one of us can have great sex.

This book will answer your burning questions and tell you all you need to know, in accessible bite-sized bits. A guide to all things sex and sexuality, busting myths and upgrading the knowledge you already have, it is the ultimate tool to help elevate your sex life!

Available at Bargain Books for R270

After ten years in the biz I felt it was time. I had all this knowledge, but it was sprinkled across a whole host of spaces: blogs, newspapers, academic essays, podcasts. I felt like it was time to collate of it into one single space that I could just send people to when I thought they needed to upgrade their sex lives. Furthermore, folks around me were having dubious sex, and in my professional and personal capacity I was witnessing some real-dumpster-fire-type situations. People, myself included at times, needed help and I wrote this for people like me, people who are scared off by information that is Big, Serious and Scary and want advice that feels like its coming from their friend, a case of ‘talking Coitus over Chardonnay’ as it were. Something that feels like you are sitting having some beers with the boys and want to know a little more about how to give nipple orgasms.

I wish I internally had all the sexual experience that I put in this book at my fingertips when I started but I did not, so some research was needed. Sadly, it was pretty PG stuff, involving a computer, journal articles, outsourcing of certain sections (as you will see), interviews, consultations, and some good old fashioned Googling.  What was truly inspiring and exciting for me was all the learning I did whilst writing the book, all the aha moments and interesting little nuggets. When it came to choosing what should be in here (because there is so) much I started with the basics i.e. consent, sexuality as a spectrum, asking for sex. I then went onto thinking about the questions I have been asked the most in my career, stuff like ‘how do you go down on a woman’ and ‘is doggy style painful?’ and answering those. From then on it was dealer’s choice. It could be something I watched on TV or a conversation I had with someone or simply a passing thought then in it went. I knew there was no way I could get everything in one volume so it was also based on what I was interested in and knew a lot about.

There are still loads of unknowns, not only because we barely know how to speak about the sex we do know about but also because the way in which we engage with each other is constantly expanding. We have gone from a time when you found your ‘perfect partner’ and had moderately agreeable sex in the missionary position to a world of threesomes, edible under wear, ethical non-monogamy and having to know 1001 uses for your tongue when giving someone head. The game is constantly changing as the world explores its kinks, passions, and fantasies and this every expanding collection of knowledge makes people really uncomfortable. Unlike exploring the moon, finding your perfect job or discovering new places to have Saturday night drinks we aren’t taught or encouraged to explore what sorts of things we would like in bed and subsequently speak about those things. Instead we must simply stumble around in the dark until something feels right and hope that feeling comes back again.

Communication. People seldom ever communicate about sex outside of ‘I want your naked body on my naked body.’  And this lack of communication messes up everything from safe sex (asking for condom use for example) to not being able to talk about your wants and fantasies (I would like to try some butt stuff). There is this terrible rumour going around that sex will just magically happen, with little planning, little understanding of the varying wants and needs of others and little understanding on how to communicate these wants and needs. So, people chance it, and, surprise surprise, it is a dumpster fire of a sexual experience. Sex is so vast so to think you can meet someone, have little to no conversation about what they want in bed and then serve up mind blowing orgasms shows great hubris. Our lack of language around speaking about pleasure does make the conversation awkward but the conversation still has to happen to make the sex fire.

Books are an escape for many people and if someone can space to a land where sex is great and empowered and isn’t something that only happens between a baron who owns a horse and woman who terms herself ‘a quivering maiden’, then books can play an important role. Books can show that great sex is something that isn’t a fantasy reserved for the select some to have but something normal, pleasurable, that takes work. I believe that books can take the ‘Disney’ out of sex and bring it back down to earth, something that you can enjoy without being Prince Charming in a sketchy erotica paperback.

Is sex the hand maiden of politics or is it the other way round? Some political scientists have theorised that the only reason we have politics is so that powerful people can get laid. Like most things in our world, politics and political ideas do play some part in the way we conceptualise sex but I would argue instead that politics panders to the personal attitudes people have. Rather than politics being the reason we are conservative/ liberal about sex in our private spaces, conservative/liberal views shape politics and policy. One does not stride into the halls of power pro-giving free condoms in schools and then stride out a staunch abstinence advocate; rather people find the politics that fit their particular moral code and subsequently push that particular agenda.

‘Don’t take yourself so seriously, it is just sex.’  This piece of advice allowed to me to take a step back from the pressure of performing and of perfection. Sex can be silly and random sometimes and that is OK. Sex doesn’t have to be this large scary thing but something natural and devoid of internal pressure.

It is completely phallocentric which really limits the way sexual experiences play out! The question of why it is goes way back in time and some experts say it was the rise and rise of Greek philosophical thinking and how it took hold centering the penis in all things. If you look historically there was more of a balance on the African continent with some cultures even having goddesses of sexual pleasure such as Osun. Then the patriarchy did a number on all of us and truth is the idea suits people with penises because they get to hold all the pleasure eggs in their basket. The reason why the penis is the centre of pleasure is something for the historical philosophers, but it is an idea that gained traction and a hill that some people will die on to defend. When the penis is the focus of pleasure, once it gets its pleasure then what more is there to say and do? It is also a really lazy cheat code for sex: the penis has shown satisfaction, the sex was good. Therefore the number of orgasms faked are truly alarming.

I always hesitate to engage with that dichotomy, the idea that Africa is conservative whilst the West is sex-positivity personified. I believe that both spheres have healthy and unhealthy outlooks, both conservative and liberal approaches. The need to make either space into a monolith doesn’t take into account the various actors who are both pro-sex positivity and anti it and how they come together to form an ecosystem which has both incredible people like our very own Dr Tlaleng Mofokeng and problematic folks such as the religious far right in the United States, who want to defund organisations such as Planned Parent Hood. I fundamentally do not think there is much difference between the two, other than the size of the actors, with the West tending to have larger players in this field.

It actually doesn’t. Other than the section that specifically speaks to ethical non monogamy and polyamory the whole book is set up so that you can have one partner or multiple partners and the advice will still stand. Sex in all its different forms always has basic tenets: keep it safe and keep it consensual. Outside of that, all of the advice can be used both in monogamous and non-monogamous relationships, from married couples to ‘situationships’. Of course being in a long term relationship might have slightly different logistics in terms of condom use but at the end the central notions are the same: safe and consensual sex aided by communication.

The part that talks about erection free sex! I think that section speaks about something that folks do not think ‘is a real thing’ and also it low key deals with a whole bunch of things like body shaming, the idea that sex is only about penetration and also the need for exploration. By saying that erection free sex exists it frees you up for so much more, for your sex to take so many other shapes. 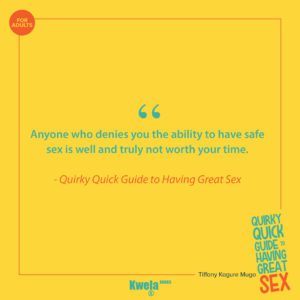 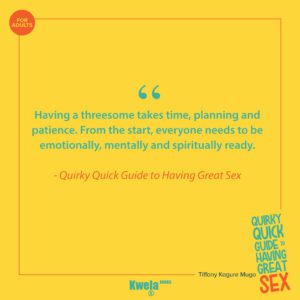 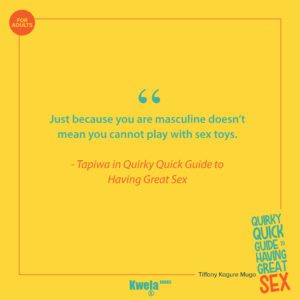