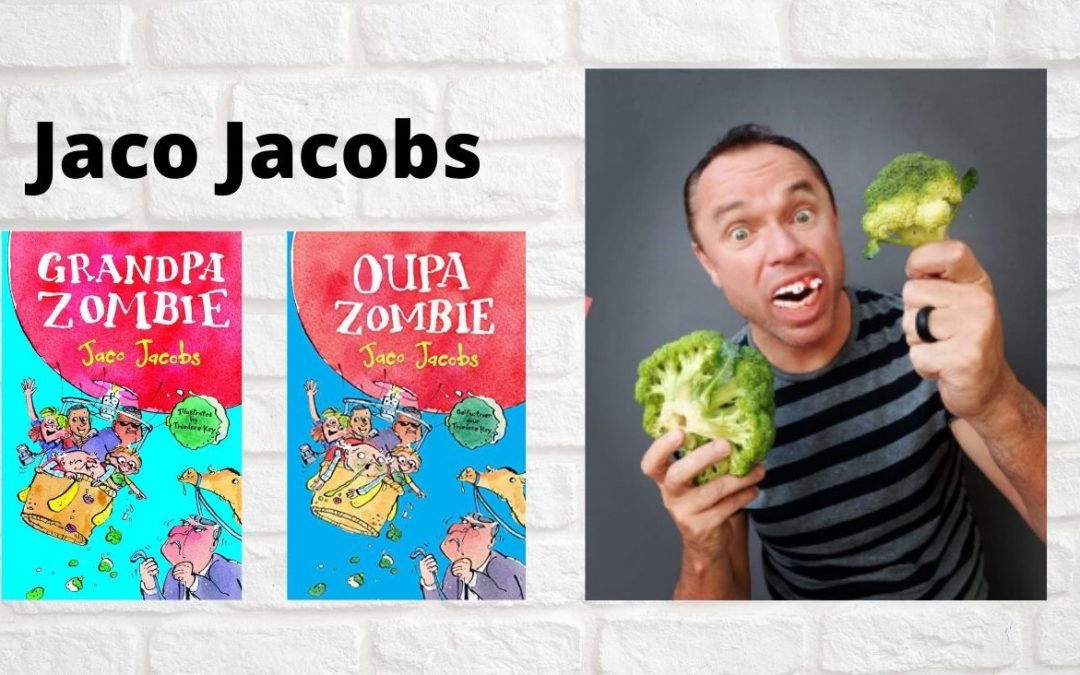 Jaco Jacobs is just about the most prolific writer (and easily one of the most popular) of children’s books in Afrikaans, but recently he’s been getting international attention for his books in English. It isn’t exclusive, mind you. At the moment, the majority of his newer books are getting bilingual releases. Such is the case with his new adventurous romp, Grandpa Zombie (Oupa Zombie). The first to have been published internationally was A Good Day for Climbing Trees, which you can find farther down in this blog. However, these are just a couple within the massive 170 (!) books that Jacobs has published.

Here we’ll be having a look at a selection of his books, focusing on the more recent ones in English – because, obviously, it’d be quite a thing to get to them all.

But first, a little about the man himself:

Jaco Jacobs grew up in a small town in the Karoo and became a devout reader early on in life. Actually, he describes himself as having been a “book T-Rex”, avidly devouring anything upon which he could get his claws. His favourite childhood book was Pippi Longstocking and he is currently a fan of Roald Dahl, David Walliams and Stephen King. He reckons that a kids’ book author has to keep things quick, as it is an absolute sin to bore young readers, and much of his work is brisk and exciting… though his books tend to emphasise a certain emotional depth and charm too. Watch him reciting poetry from his new Afrikaans poetry book Ek Wil Nou Nie Snaaks Wees Nie here

Here’s a lovely Q&A with Pan Macmillan you can read for a better idea of his quirks and more about his newest books. 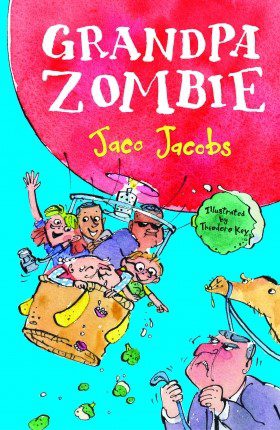 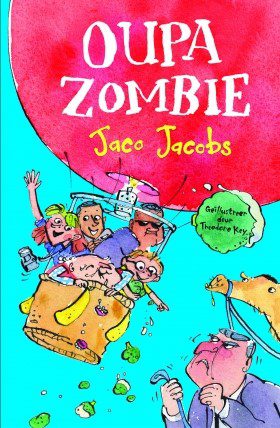 There are all sorts of reasons to set off on a trans-African adventure but, chances are, the imminent zombification of your grandfather is not among the more common ones.

Alex’s grandpa is quite like most other grandpas in many respects. He has grey hair, he has the false teeth going on, he’s not the snappiest dresser and he loves travel programs. But when he suddenly develops a ravenous taste for brains, he becomes a less typical grandpa.

Alex is going to have to find a way to save his grandpa before the Zombie Squad shows up with their own ideas about how to handle the situation… and his plan involves a tonne of broccoli. Racing from Zimbabwe all the way to Egypt, Alex and the various colourful companions he picks up along the way have no time to waste as they hunt down the cure.

Funny and action-packed, Grandpa Zombie also features all the compassion and family-and-friends-understanding that makes Jacobs’s books so undeniably appealing. 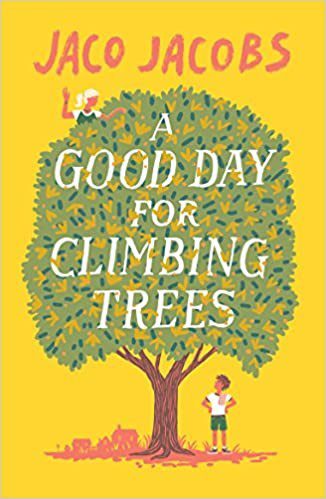 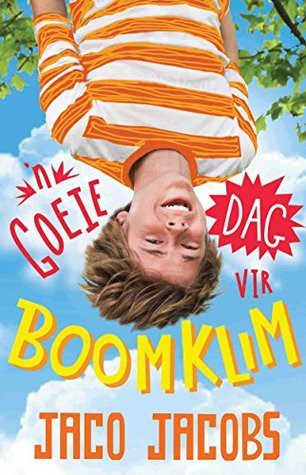 Family relationships and feelings of belonging are at the centre of Jacobs’s first internationally published book. Touching gently on issues such as divorce and outsiders, A Good Day for Climbing Trees is funny, heart-warming and decidedly uplifting.

Marnus feels invisible. Both his younger brother and his older brother are getting all sorts of attention and acclaim while he is mostly overlooked, but his chance to take a stand suddenly comes in the form of a girl clutching a petition. Marnus’s adventure finally begins – and it starts with just one tree. 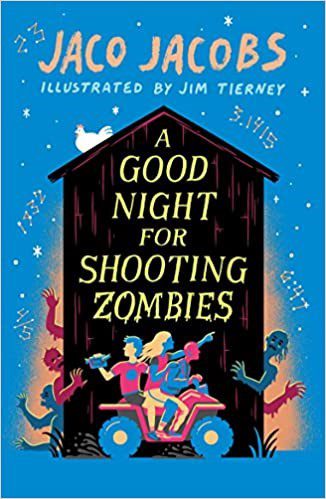 A Good Night For Shooting Zombies (2018)

A touching story that combines a love of horror films with grief and friendship, this is another one that proves Jacobs’s facility with emotional topics as well as his quirky sense of humour.

Following the death of his dad, Martin spends most of his time thinking about maths and tending his chickens. His mum has fully withdrawn into her grief and his sister is seldom around. He meets his neighbour Vusi when Vusi’s dog kills his favourite chicken… and introductions don’t get well. Going over to see him the following day, Martin discovers that Vusi has cancer and that he is passionate about horror movies. All Vusi wants to do is to make a zombie film and, now that the two have something to bond over, Martin figures that it might be a good time to get away from the chickens a bit and out into more… undead territory. 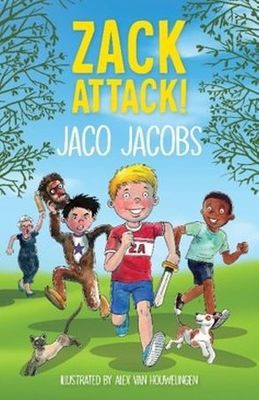 Zack Berry is the English translation of Jacobs’s beloved Zackie Mostert (who features in over 18 books in Afrikaans). Zack Berry is a multi-talented young lad who can try his hand at just about everything – with various degrees of success, of course – and whose numerous endeavours always include equal measures of fun, mischief and adventure. These stories are recommended for readers from age 9-12 years.

… in which Zack discovers a magic box full of tricks that gives him incredible skills… until things go fantastically array and land him in a heap of trouble.

… in which Zack and his friends decide to start a newspaper all about the people on the their street. What could possibly go wrong there?

… in which Zack has to face kissing a girl in front of the entire school, unless he can find an ingenious way to get out of the play he was initially so excited to be in. 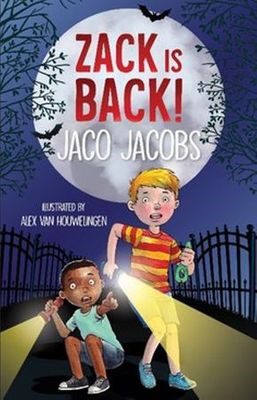 …in which Zack and sidekick become superheroes in order to wipe out crime and save lives on Zucchini Street only to find that there isn’t so much evil to take down – until the stumble upon an actual case.

…in which Zack and his friend decide to have a super-spooky ghost story night. Unfortunately, the two of them are not as brave as they thought and something happens that could make school unbearable forever.

…in which Zack’s sparkling rugby career never really gets of the ground.

For a full list of all the Zackie Mostert books in order, consult this page: