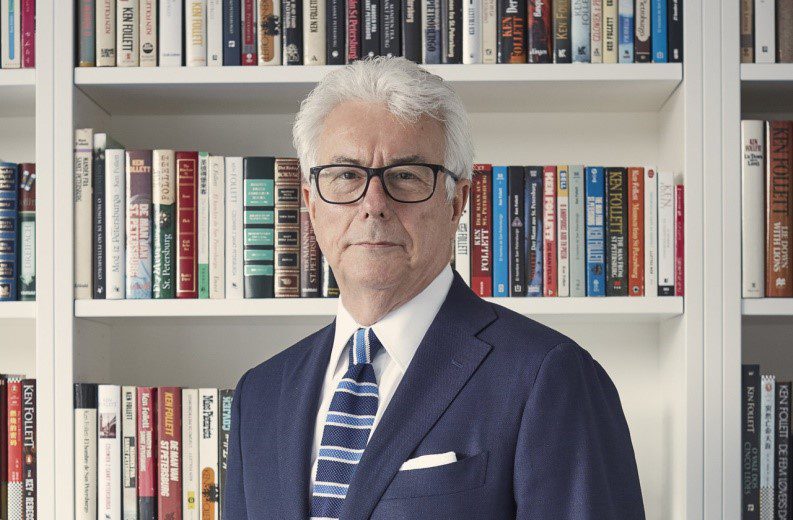 Ken Follett is widely renowned and hugely respected as a craftsman of historical epics. As a bestselling novelist, he ranks up there with Wilbur Smith, Tom Clancy, Dan Brown and Jeffrey Archer. Though he is arguably best-known for his historical trilogies, he has also written several successful thrillers.

Legions of fans esteem him highly for his intensive research and his ability to transport readers into some of history’s most fascinating and complex periods. Now he’s back with his first new novel in three years: a prequel to fan-favourite, The Pillars of the Earth. Here we’ll be taking a quick look at his biggest series, stopping of along the way for a couple of reviews.

A fistful of facts about our author: 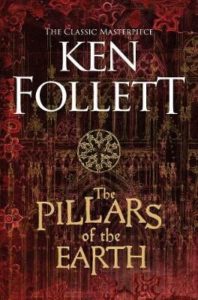 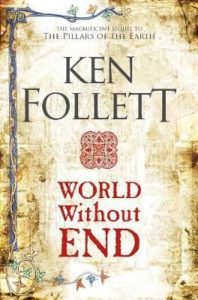 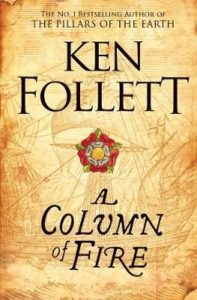 Beginning with The Pillars of the Earth and concluding with A Column of Fire – and now The Evening and The Morning – The Kingsbridge Series tracks the ambitions and tribulations of a small English village as they attempt to construct a cathedral, navigate The Anarchy (a vicious civil war that resulted in the almost complete breakdown of law and order) and, eventually, the Black Death. The series begins in the 10th century and stretches all the way into the days of Elizabeth I, spanning many of the era’s most traumatic events and, of course, injecting occasional romance, frequent antagonism and scheming, and authentic humanity throughout. It’s a singularly immersive quartet that illuminates and entertains in equal measure, an epic masterpiece that covers, in its own way, all of life’s most profound experiences. 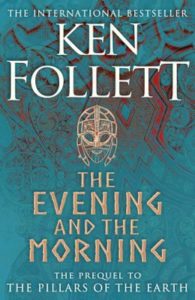 Though it is the most recent addition to the series, this is the first book chronologically.

Final Book: A Column of Fire

In 1558, the ancient stones of Kingsbridge Cathedral look down on a city torn apart by religious conflict. As power in England shifts precariously between Catholics and Protestants, royalty and commoners clash, testing friendship, loyalty, and love.

Ned Willard wants nothing more than to marry Margery Fitzgerald. But when the lovers find themselves on opposing sides of the religious conflict dividing the country, Ned goes to work for Princess Elizabeth. When she becomes queen, all Europe turns against England. The shrewd, determined young monarch sets up the country’s first secret service to give her early warning of assassination plots, rebellions, and invasion plans. Over a turbulent half century, the love between Ned and Margery seems doomed as extremism sparks violence from Edinburgh to Geneva. Elizabeth clings to her throne and her principles, protected by a small, dedicated group of resourceful spies and courageous secret agents.

The real enemies, then as now, are not the rival religions. The true battle pitches those who believe in tolerance and compromise against the tyrants who would impose their ideas on everyone else—no matter what the cost.

Set during one of the most turbulent and revolutionary times in history, A Column of Fire is one of Follett’s most exciting and ambitious works yet. 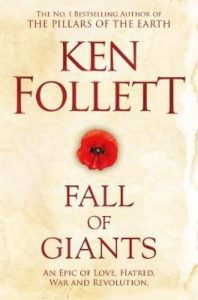 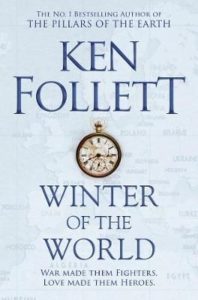 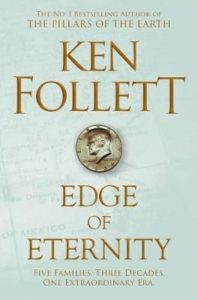 This equally lauded series also takes its readers into the heart of history, but the events of The Century Trilogy do not belong to quite so distant a past. Concerning the fates of five interlinked families who hail from Germany, America, Wales, England and Russia, the trilogy moves from WWI and the Russian Revolution, through to Women’s Suffrage, The Spanish Civil War, WWII, The Civil Rights Movement, The Cold War and finally post WWII Britain… taking in some of the 20th century’s most defining, tumultuous and earth-shattering happenings.

Ambitious in scope and utterly compelling in execution, this trilogy concerns many of the world’s most impactful social, political, economic and bellicose developments. However, far from reading like an academic history – though, as always, Follett brings a wealth of research and context to his tales – it also manages to be a sequence of deeply humane stories, never shying from polarised perspectives and always keen to populate this grand theatre with authentic and relatable characters whose concerns and experiences can be just as intimate as they can be unwieldy.

These are just a few, but Follett has in fact published 44 books throughout his illustrious career. For a comprehensive look at his impressive output, check out https://ken-follett.com/.

Bet you haven’t read them all!