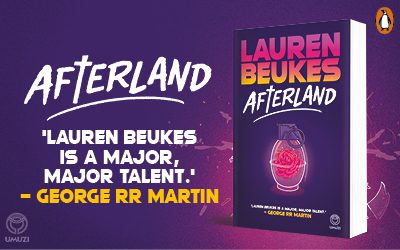 Beukes is a real star of fiction. She’s a South African novelist whose work is read uncommonly widely across the world and a stylish innovator whose work defies easy categorisation while appealing to readers of every sort. Her work has been consistently lauded by the likes of Stephen King, George R. R. Martin and Gillian Flynn.

With the recent release of her newest novel, Afterland, it seems appropriate to dwell a while on the acclaimed author and her existing novels. 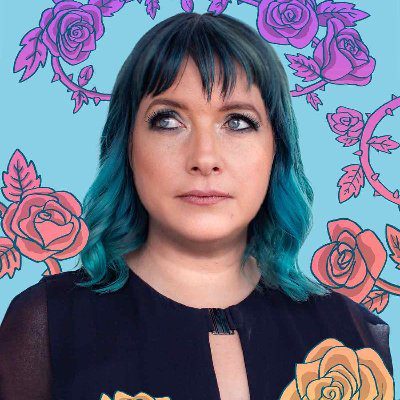 The book for which she is probably best known, The Shining Girls – a uniquely stunning thriller that centres on a time-travelling serial killer and the victim that survived – arrived back in 2013, quickly garnering an impressive collection of awards. But from the get-go, her work, which often takes on a certain dystopian, sometimes magical and typically crime-centred bent, has been informed by her earlier work in journalism, which regularly took her into the world of disparate sex-workers and marginalised communities. Her very first book Maverick (released in 2004) is a pop-history account of the most extraordinary and convention-busting women of South Africa’s past and it’s fair to say that that interest in exceptional women has remained prominent throughout her career in fiction, brought to life in many of her memorable characters.

From there her novels have been filled with elements that play with and reflect constructed societies, the twisted individuals they can produce and the people who overcome them. Beukes novels are not easily slotted into any one genre, instead they tend to deftly combine thriller, crime, sci-fi, horror, surrealist and fantasy elements and are always driven by her endlessly inventive and beautiful prose. Her work can always be relied upon to be provocative and slightly addictive. 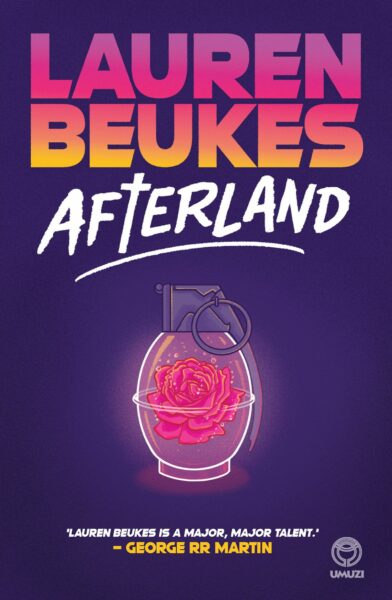 Beukes’ newest takes inspiration from dark and searching classics like The Handmaid’s Tale to deliver a powerfully feminist blend of high-concept dystopia and psychological suspense; a novel that’s as compulsively readable as it is intellectually compelling. While it paints a vision of a troubled but surviving world run by women and tormented by hopelessly unprocessed grief, Afterland is also a tender and shocking look at the lengths to which a mother will go to protect her only child.

The world has been decimated by a pandemic that only infects men. It took just a couple of years for ninety-nine percent of the globe’s male population to be wiped out, resulting in a hostile new world beset by dangerous new feuds and factions. In the aftermath, Cole is journeying across America in search of a safe haven, moving as stealthily as possible through military bases, fanatical cults and even more sinister enemies in the hope of saving her child from an unthinkable future. Her son, Miles, is just twelve years old and one of very few boys to have survived the plague. It is essential that they maintain their cover as mother and daughter, because Cole knows exactly how many people there are out there who would enslave him forever as a reproductive resource – or worse. His being a boy is enough to make a target of him forever.

Afterland is imaginative and timely. Like the best of her work, it is not easily compared to anything else and draws together so many genres and elements, embracing horror, crime, fantasy, noir and sci-fi all at once. Regardless of its genre, it’s Beukes’ captivating invention at its very finest. 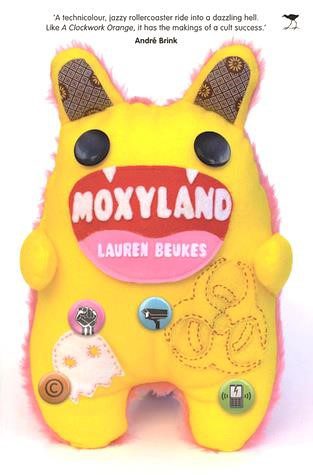 A futuristic techno-conspiracy set in a fully possible corporate dystopia, Moxyland follows individuals whose online existences are just as important as their physical lives, if not more so.

Featuring a tough tech-activist, an ambitious artist stuck in a damaging sponsorship deal, an obsessive vlogger and a rogue hacker out to beat her parent company, Moxyland hinges on the collision of these contrasting lives and the struggles spawned by a corporate-apartheid government. 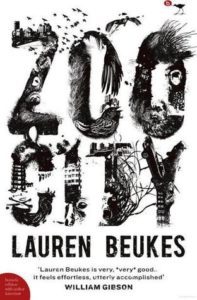 A “phatasmagorical noir” set in a magical, alternate Johannesburg, Zoo City tells the tale of a population cursed to carry the weight of their past sins, in the form of an animal, on their backs as they navigate a ghetto-esque land of drugs, sex, scams, dark magic and brutality. There’s a certain His Dark Materials quality to it, but it is distinctly, grippingly urban and ultra-modern.

At the centre is Zinzi, a scam-artist with a particular penchant for finding lost things. When she is hired by an eccentric music producer to find a missing young pop star, Zinzi smells her first real chance to escape Zoo City, but the case only leads her deeper into the forbidding slums and criminal underclass, forcing twisted and often magical confrontations with the past – her own included. 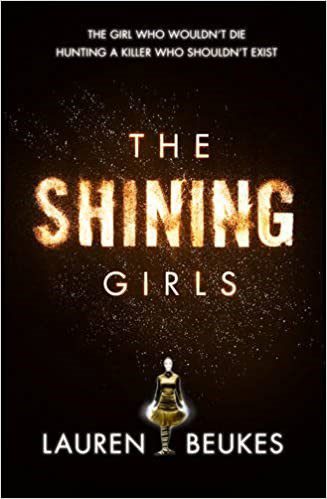 A serial killer thriller unlike any other, The Shining Girls, takes a relatively standard hunter-hunted format and flips it, jaw-droppingly, on its head… and then some. Combining time-travelling paradoxes with hard-nosed detective work and truly disturbing psychology this is one of the most original novels you are likely to come across.

In 1931, in Chicago, Harper Curtis, a drifter concealing an inner sickness, stumbles upon a doorway to other times. Through this portal he traverses the years, seeking out and murdering the girls who shine brightest, who have the most brilliant spark, just as he always has. But sometime in the 90’s he leaves one of them alive and she, this impossible survivor, now leads the hunt to find Curtis and put a stop to this perpetual cycle.

Broken Monsters takes place at the warped intersection of art, social media and brutal perversity. It begins with the discovery of an unspeakable body – half-deer, half human boy – and plunges from there into a world so utterly broken that dismembered and reconfigured corpses seem like a natural product… and some promote them as art.

It’s another compelling contemporary mystery infused with deep moodiness and paranormal/sci-fi invention. Something is always distinctly wrong with a world that can produce such a twisted killer, but in Broken Monsters things are more horrifically wrong than anybody could imagine.

A collection of short stories and other writings, Slipping showcases Beukes’ diverse output by featuring the high-concept science fiction for which she is well known alongside pieces more realistic and introspective. Architecture and runaway art installations, biohazards, social injustice, personal relationships, magic and perversity; from the humorous to the sad, from the sensitive to the shocking Slipping highlights just how boundless Beukes’ writing can be, and how inevitable eloquent and intelligent it always is.