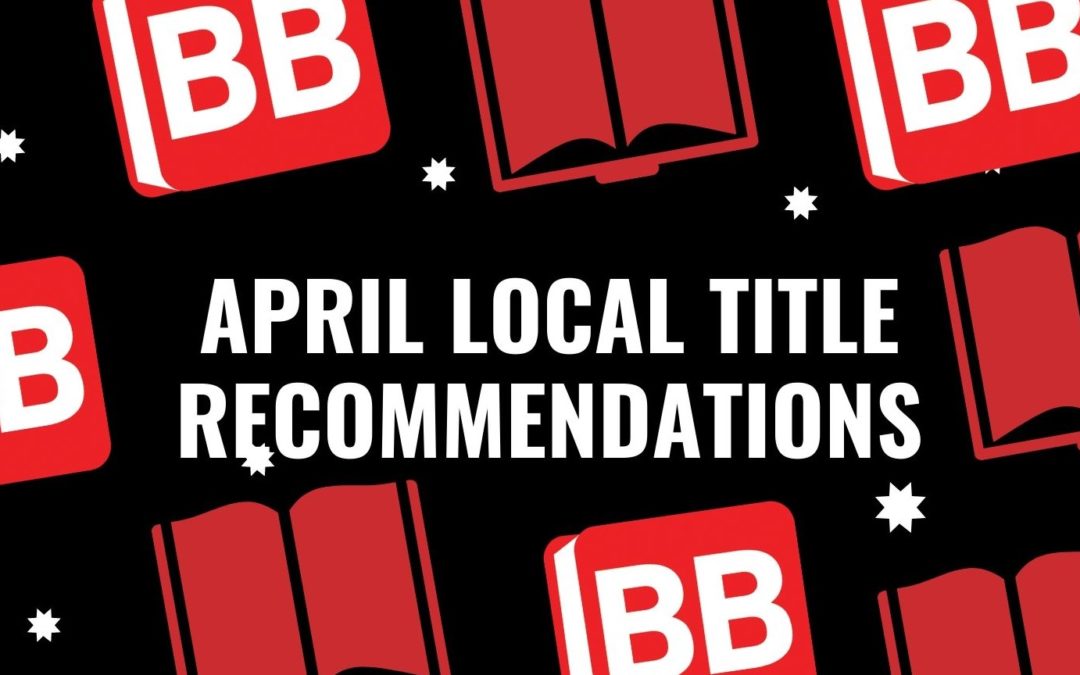 Yes, local titles are still being released… the dates and availability are just going to look a bit different for a little while. With that in mind, here are seven South African titles that are due to be released this month, or have already been released. Make a note of the ones you fancy so that you can get hold of them whenever feasible. 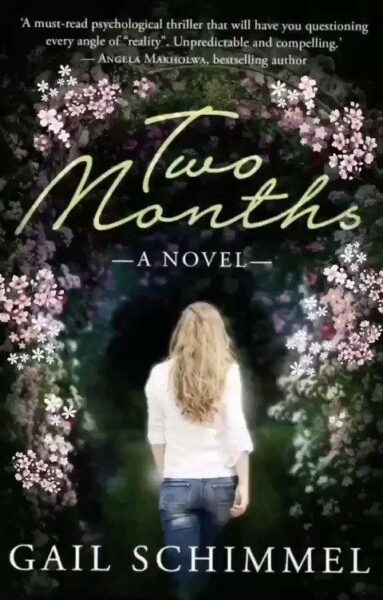 Schimmel established herself as one of SA’s best domestic thriller writers with previous novels The Park and The Accident. She now returns with another suspenseful offering that employs a premise that is at once unimaginable and strangely relatable.

Erica has lost her job and all her friends. Her life is nothing like she remembers it. It all happened so suddenly and she has no idea how. The only person still in her life is her husband, and he won’t tell her anything. One morning, Erica simply woke up to realise that she had lost more than two months of her life. Simply vanished. And no one will tell her what has happened. It’s down to her to solve this agonising mystery by herself, and as she begins to fit the pieces together and recover what fragments she can, Erica begins to realise that the picture they create doesn’t really add up.

Two Months is gripping from the get go and will have you frantically turning the pages until the very end.  You can read an excerpt here

The Book of Gifts by Craig Higginson

This is Higginson’s fifth novel, and it only further cements him as one of SA’s most notable literary voices. The Book of Gifts wears the guise of a murder mystery or a thriller, moving backwards in time to find the source of an awful tragedy, and though it boasts plenty of excitement and tension it does not belong wholly within that genre because it is deliberately exploring something a little more.

The title refers to a gift that has been given or received by one of the main characters, and each gift forms the heading of a chapter. The book’s blurb asks: “What is the cost of giving a gift? What is the cost of receiving one?” So it’s a book about the kind of indebtedness to which we can all relate.

Chiefly, it is the story of Julian Flint, a boy who makes a habit of remaining hidden. During a family holiday in a luxurious hotel in Umhlanga Rocks he meets Clare. Clare makes that kind of invisibility impossible as she sees in him something that not even he had glimpsed before. It is this revelation, and their ensuing relationship, that leads them down an inescapable path, shaping everything that will come next.

Delving deep into the psyche, this is a novel that explores the dangerous intersections between loyalty and betrayal, seeing and not seeing, escape, concealment and retreat, all while maintaining the tight plotting of a top-notch psychological thriller.

You can read an excerpt here

At Home with Cannabis by Kelly McQue

4Way back in September 2018 (which seems rather a while ago, doesn’t it?) SA’s Constitutional Court declared it legal and rightful for residents to grow and use cannabis at home for their own purposes. It was a major step. So it’s only fitting that we should know what to do with it. It’s also worth knowing that cannabis is not just something that sparks incredibly profound conversations with your hazy mates. It has a whole heap of uses and here Kelly McQue enumerates those uses and explains how to employ them safely and effectively at home.

As a cancer survivor, McQue has experience helping others to heal and manage various health conditions, so wellbeing and health are very much at the centre of this book. Part one is dedicated to the author’s experiences using and managing cannabis treatments and a short history of how it came into popular use while part two includes recipes for effective tinctures, infusions and home remedies as well as guidance for using them and getting the dosage right.

This is an essential (and mature) guide to exploring the benefits of the world’s most beloved herb. 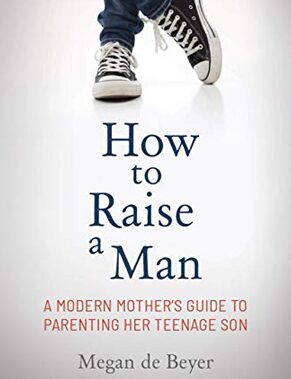 How To Raise a Man by Megan de Beyer

Drawing from both Eastern and Western philosophies – as well as from her popular Strong Mothers, Strong Sons course, which is taught in schools across SA, Australia and the UK – this is a book dedicated to imparting an important truth, a truth that the author feels is often overlooked: an emotionally empowered mother is essential to guide a boy into manhood.

How To Raise a Man tackles a very pertinent issue in modern parenting. With views concerning masculinity and self-esteem constantly changing and diverging, raising a well-adjusted and adaptable young man can be no easy thing. Psychologist and parenting coach Megan de Beyer is on hand to show you how to adapt your parenting to the pressures of the modern age, and to help you understand why your goals and your son’s goals probably don’t intersect.

You can read an extract here

All Sorts of One Dish Wonders by Chantal Lascaris

Now’s a good time to improve your culinary repertoire – and that doesn’t necessary mean getting fancy and complicated!

Chantal Lascaris is a businesswoman who has fulfilled many roles and maintained a productively busy life… and anybody who has a full schedule knows the value of a good, tasty and healthy meal that doesn’t also do a complete number on the kitchen. One-pot meals might not enjoy the best reputation – often they make us think of uninteresting stews thrown together with a general lack of flair – but this need not be the case. There’s no reason at all why a one-dish meal can’t be creative and exciting while remaining neat, tidy and easy. Because she knows this, Lascaris brings us over eighty one-dish recipes that can be just as impressive and delicious as they are simple.

From breakfast to desserts, and always emphasising fresh and healthy ingredients, All Sorts of One-Dish Wonders is a handy compendium of go-to recipes that includes something for everyone.

Here is a recipe to try one of the fabulous dishes: All Sorts of One-Dish Wonders Recipe – Harissa Chicken 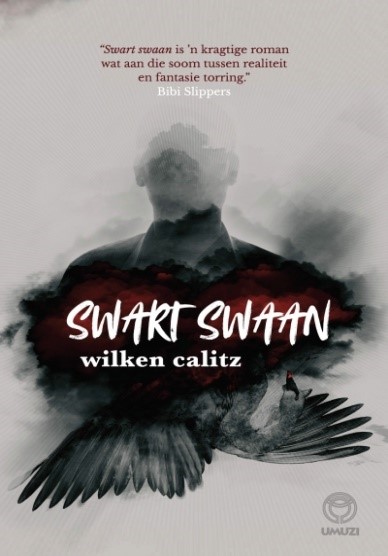 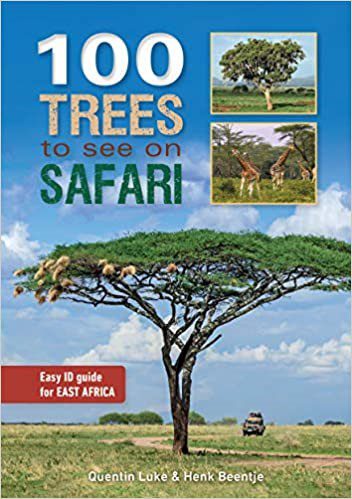 Okay, so maybe it’s not the time for planning safari’s right now, but that doesn’t mean that you can’t enjoy exploring the majestic trees of East Africa via this superb guide.

Between them, Quentin Luke and Henk Beentje have an incredible wealth of academic experience, much of which was gained at Royal Botanical Gardens, Kew in London and The National Museums of Kenya. They are undoubtedly world botanical authorities, so who better to lead you through this journey?

As renowned as it is for its migrating herds and its big game, East Africa is just as well known for the iconic diversity and stature of its plant life. The humid coastlines, sloping grass plains and rugged mountains allow for an impressive richness of flora which includes  mangroves, cycads and palms, marulas, acacias and sausage trees, fever trees, toothbrush trees and giant bamboos and heaths.

Arranged by vegetation zone, this field guide details 100 of the region’s most recognisable species describing essential details that range from leaf shape and bark to flower months, practical and medicinal uses and even mythical relevance. Of course, each is supplemented extensively with attractive visuals.

You may as well study up on your tree identification skills before you are able to travel again, and this colourful, concise and fascinating guide is just the thing to help you do it.