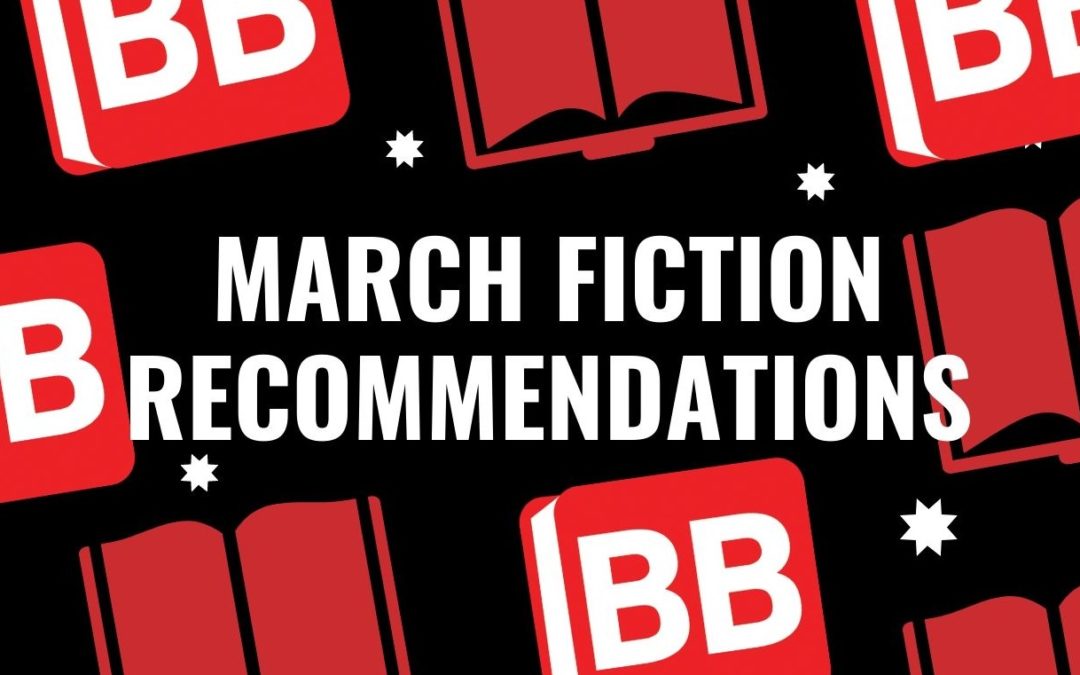 Here are some of the most exciting and popular fiction releases for which you’ll want to be on the lookout this month. There’s a good mix here this month, from fun adventures and high octane action to historical delving and heartwarming tales. Without further ado: 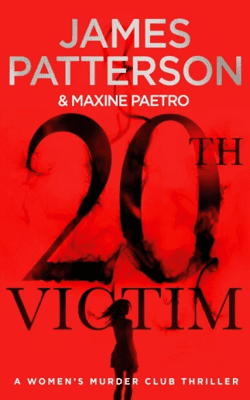 The newest Women’s Murder Club thriller asks the perennially pertinent question: is a murderer automatically the villain, or could they actually be the hero?

At this point, nobody needs telling that Patterson’s novels are famously, and effectively, fast-paced, action-packed and gripping, but this one is especially crisp.

Sergeant Lyndsay Boxer is drawn into a strange case that blurs the line between assassination and serial killing when three people are simultaneously killed, by one precise gunshot each, in three different cities. It’s not long before she discovers that each of the victims was an influential criminal, each one of them involved in nefarious enterprises important to the press and the public. These could be serial killings, they could be acts of vigilantism, or there could be something less brazen behind these killings. While all this is happening, the members of the “club” are facing their own particular battles, adding new strain to a situation that is already dangerously tense.

On top of the trademark thrills, tight plotting and relentless action, 20th Victim leaves room for intriguing ethical conundrums and considerable grey areas, making it a highly entertaining addition to the series, as well as a quick and accessible standalone. 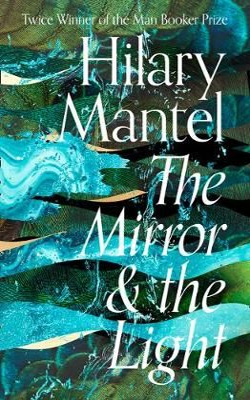 The Mirror and the Light by Hilary Mantel

Yes, one of the English-speaking-world’s greatest masters of historical fiction is back at last – and this one concludes the riveting, and frankly astounding, trilogy that began with Wolf Hall and Bring Up the Bodies. The trilogy, in case you’re not familiar with it, charts the rise of Thomas Cromwell, poor young nobody turned arch political genius, and his involvement with the contentious, frequently fatal, court of Henry VIII. Audiences seldom tire of intriguing machinations and conniving schemes – especially when you throw in a few executions – and Mantel has proven herself unusually capable of instantly snagging the interest of even those of us who aren’t crazy about historical fiction. Because, she’s really incredibly good. These are novels that deliver the kind of visceral thrill that you don’t typically expect of the genre, novels that absolutely bring new life to a historical period we (wrongly) thought we’d had enough of sometime back in our school years.

There’s too much in this series to really allow a succinct description, so here’s what is says on the jacket:

England, May 1536. Anne Boleyn is dead, decapitated in the space of a heartbeat by a hired French executioner. As her remains are bundled into oblivion, Thomas Cromwell breakfasts with the victors. The blacksmith’s son from Putney emerges from the spring’s bloodbath to continue his climb to power and wealth, while his formidable master, Henry VIII, settles to short-lived happiness with his third queen before Jane dies giving birth to the male heir he most craves.

Cromwell is a man with only his wits to rely on; he has no great family to back him, no private army. Despite rebellion at home, traitors plotting abroad and the threat of invasion testing Henry’s regime to the breaking point, Cromwell’s robust imagination sees a new country in the mirror of the future. But can a nation, or a person, shed the past like a skin? Do the dead continually unbury themselves? What will you do, the Spanish ambassador asks Cromwell, when the king turns on you, as sooner or later he turns on everyone close to him? 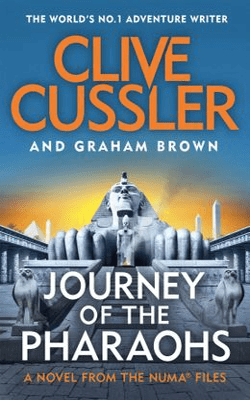 Journey of the Pharaohs by Clive Cussler and Graham Brown

NUMA Files #17 delivers all the ancient-treasure-hunting, criminal conglomerate versus international agent thrills that we have rightly come to expect from the grand master of adventure.

Way back in 1074 B.C. a sizeable cache of priceless treasures disappeared from the tombs of notably illustrious Egyptian Pharaohs. Somehow, this ancient disappearance is linked to the vanishing of an American aviator in 1927 and the unexplained sinking of a fishing trawler – along with its strange cargo – off the coast of present day Scotland.

Kurt Austin and the other members of the NUMA squad team up with MI5 to investigate this bewildering sequence of mysteries, but their efforts draw the attention of a group of country-hopping thieves and arms dealers who have set their nefarious sights on the riches to be wrung from missing ancient relics across the world. Soon the two groups, one in search of answers, the other hunting untold wealth, are locked in a manic, cutthroat race to find the long-gone Egyptian treasures and solve the mystery of their far-reaching influence.

Like its previous instalments, Journey of the Pharaohs is non-stop fun, a lively glittering romp that is bound to delight Cussler’s long-standing fans, as well as anyone in the mood for a well-crafted and oft-twisting adventure. 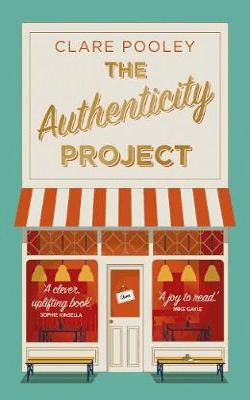 The Authenticity Project by Clare Pooley

Even now, when insights are gleaned – and the often scandalous truth is gained – from many different sources, most of them digital, The Authenticity Project pays testament to the simple act of artless confession and seeks to unite those buried beneath layers of public mask-wearing and photoshop deceptions via something as innocently truthful as a notebook.

Uplifting and light, yet clever and eccentric, this is the story of six strangers who come together and form genuine bonds almost by accident. Lonely artist Julian Jessop knows that people are rarely honest with each other, but he cannot be sure why. As a small act of personal correction, he writes a candid account of his life in a notebook and leaves that notebook in a local café. Before long, other people add their own honest stories to Jessop’s, discovering in turn that the truth is not as terrifying as they expect – and inspiring a chain of kindness and acceptance that will change everybody it touches. A charming reminder that modern lives are often not what they seem, The Authenticity Project is a refreshing draught of warmth and simple wisdom. 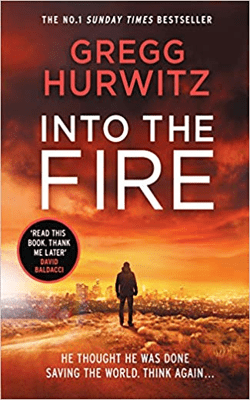 Into the Fire by Gregg Hurwitz

Evan Smoak, also known as Orphan X and The Nowhere Man, has proven himself to be one of contemporary fiction’s truest heroes, a bona fide harbinger of justice. The Evan Smoak series has not only established itself as a thriller sequence more dependably exhilarating than most, it has also garnered deserved praise from just about every other bestselling thriller writer out there. If you’ve not yet been hurled about by its explosive pages, it’s time you did yourself that favour.

In #5, Smoak has at last outstripped the enemies by whom he has long been dogged. He has seen off the government that sought to eliminate him, and the many targets whose ire he necessarily provoked. But a strange new association comes to him in the form of Max Merriweather, general failure and bedraggled by-scraper. Max is in possession of an envelope given to him by his successful cousin Grant, who specified that it is to be given to a certain reporter in the event that something should happen to him. That day has now arrived. Max’s apartment has been trashed and the reporter is missing. With nowhere else to turn, he enlists Evan Smoak. On the face of it, it’s not the most challenging mission Smoak has ever taken on, but as the situation takes an impossible turn, and begins to draw in adversaries more dangerous than any he has yet encountered, Smoak is dragged ever farther from the normal life of which he once dreamed toward an infernal finale. Golden in Death by JD Robb

This is number fifty in Robb’s widely loved pseudo-futuristic police procedural “In Death” series, that’s right, fifty! That being said, it’s always worth bearing in mind that each of them reads perfectly well as a standalone, which means that you can go through and pick the ones whose premises sound most appetising. This one’s premise takes the shape of a particularly unusual and intriguing weapon.

Paediatrician Abner Kent receives a strange package one morning. In this package there is a trinket – a little golden egg that opens into two halves. As Abner splits the egg, toxic fumes are released from within, killing him immediately. Eva Dallas and her team have a hard time figuring out just why this happened. Abner seemingly had no enemies, in fact he seems to have been universally loved. The toxins that killed him were designed to be deadly but targeted, affecting nobody but the bearer of the egg. Delving into his past and his relationships turns up very little. But when somebody else is killed in exactly the same manner, the frantic hunt is on for the hidden connection between the victims. 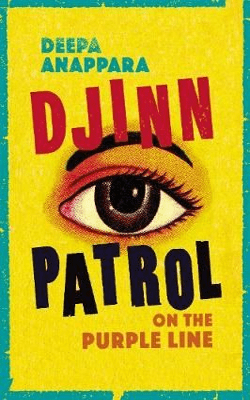 Djinn Patrol on the Purple Line by Deepa Anappara

This captivating debut combines a young sleuth’s investigations with vivid and grim pictures of poverty in India.

Jai is basically an ordinary young boy. He lives in a crummy neighbourhood where he attends his local school and watches far too much television. He has a particularly ravenous appetite for detective shows. When a classmate goes missing, he forms an earnest investigative trio with two of his school friends, hoping to use the detective skills he got from the tv to crack the case. Together they set off on the Purple metro line in search of witnesses and interviews. What begins as a game of sorts quickly becomes something else. More kids start to disappear, the police prove themselves uninterested, and parents are panicking. But somebody has to investigate the rumoured soul-snatching djinn, and the trio are in too deep to give up now.

Djinn Patrol on the Purple Line expertly conjures an India of slums, market places and indifferent acceptance, while it also beautifully crafts a young boy who manages to turn his favourite entertainment into something that threatens his life just as it might also save others. Drawing from the real-life horrors faced by impoverished children in India and the class-stratification that prevents them from garnering enough attention, this is a tale of real and affecting tragedy balanced by the naiveté and zeal of a truly memorable child character. 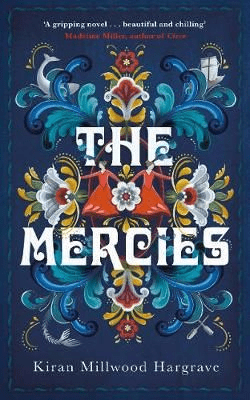 The Mercies by Kiran Millwood Hargrave

This is the adult fiction debut of a novelist and playwright who already has several children’s books under her belt. It draws inspiration from the rampant suspicion and punitive politics of the 17th century, exploring historic misogyny and prejudice while also constituting a powerful thriller and a moving love story.

In the early sixteen hundreds, the tiny Norwegian town of Vardø suddenly finds itself bereft of men when a savage storm kills the community’s entire male population, leaving the women to fend for themselves. Before long, the womenfolk have managed to adeptly fill the gap left by the dead fishermen. Though it is hard, they are surviving, making it work. But none of them is prepared for the arrival of Absalom Cornet, a puritanical despot fetched from Scotland in order to bring proper order, and the fear of God, to this town of women. Not only is he a dangerous new authority, he brings with him extensive experience in hunting, and burning, witches. And what explanation could there be for the independence of these women but witchcraft? While Absalom grapples with the evil he sees engulfing the town, his wife, Ursa, is drawn to these exceptional women – and to one in particular – in ways she could not have anticipated.

The Mercies conjures historical beauty with its stone-hewn prose and excels in its evocation not just of a forbidding environment, but of a forbidding time: a time ruled by tangible mistrust, unthinkable bigotry and almost unbearable tension. Based on true events, it is a historical novel not to be missed.