Still looking for some more brand new novels to nab and wrap up for your bestest reader friends? Here is another selection of big names, exciting titles, and breathtaking thrillers from which you can choose during this final run up to Christmas. Two of them have magic and the rest have murders. What more could you want? 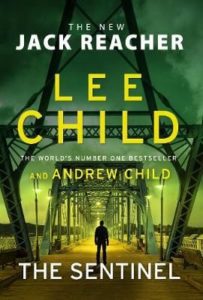 Jack Reacher once again finds himself at a loose end, with nowhere much to go and nothing at all pressing on him. His aimless wandering eventually takes him to Tennessee, to a town somewhat erroneously named Pleasantville.

While traipsing the streets of this town Reacher, as he does, spots a dangerous confrontation. A man is about to wander into a four‐against‐one ambush and Reacher takes it upon himself to resolve this tension as only he can. However, this ambush, as Reacher is about to discover, is the culmination of something far more serious.

The first Jack Reacher novel to have been written primarily by Lee Child’s younger brother – established novelist Andrew Grant – Sentinel is packed with perfect plotting and heaps of action, and also offers the chance to read Reacher in a different, but no less compelling, voice. 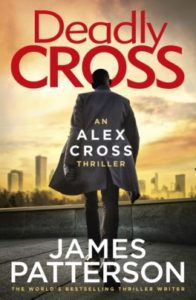 Alex Cross is one of the genre’s most enduring heroes. And for good reason. His blend of empathy and rationality, all tempered by his impressive intelligence, of course, routinely enables him to solve cases that would stump lesser investigators.

Now he is brought in to tackle a double murder so scandalous that it ignites a tabloid frenzy.

When the half-naked dead body of a glamorous philanthropist and socialite is found in a car along with a politically ambitious educator and committed family man, murder is immediately suspected and the community is deeply scandalized.

Furthermore, Alex Cross knew both victims well. One of them was a former patient. The only thing more pressing than his grief is the elusive motive behind this heinous act. Enlisting some of his most trusted former colleagues, Cross leads a two-pronged investigation into the murder of these two prominent people… and it quickly turns out that both of the victims had many more enemies than anybody would have guessed – though none of those enemies seemingly has a motive strong enough to lead to such vicious slaughter.

With Deadly Cross, Patterson proves once again that Alex Cross is his greatest creation and delivers an impeccable pageturner.

To Sleep in a Sea of Stars – Christopher Paolini 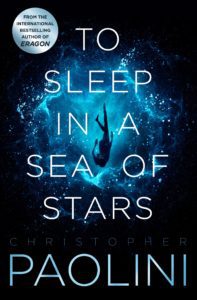 Paolini became a massive name in fiction, particularly within the fantasy genre, with his legendary Inheritance Cycle – which began with Eragon, one of this era’s most famous dragon tales.

He now returns with a whole new sci-fi-centric creation: the Fractalverse – a realm that shows off his epic worldbuilding skills and knack for utterly devourable adventures.

Kira Navarez has just one mission in life: to discover new worlds. She dreams of better places, a different life.

On a fairly typical survey mission to an uncolonised planet Kira finds signs of an alien presence, an object of tantalising value. But her excitement quickly turns to terror as the ancient dust around her begins to stir…

Kira’s dreams of peaceful first contact are obliterated as war erupts throughout the galaxy and her discovery not only brings human identity into question but threatens to annihilate Earth’s colonies. 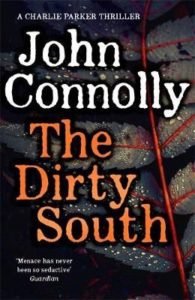 Private detective Charlie Parker – who routinely battles evil both sadly typical and alarmingly supernatural – is easily one of the most compelling and consistently enthralling heroes of the crime fiction genre. Seriously, if you don’t know him already, look him up – he’s been around since 1999.

If you aren’t familiar with Parker and his tormented all-consuming fight against the darkness, good news, The Dirty South is primarily concerned with his origins and can easily be read as a scintillating prequel.

A former NYPD detective sits in an Arkansas jail cell. Overcome with grief, he searches hopelessly for the murderer of his wife and child. At the same time, a vicious killer is slaughtering young black women across Burdon County. The Dirty South is reluctant to acknowledge these crimes, but an imprisoned Charlie Parker cannot help but admit these new horrors into his already overwhelming obsession. And thus a furious new conscience is born, and the grieving widower and inmate is about to become a singular hunter – one who will admit no further darkness into his already decimated world. Witness the birth of Charlie Parker. 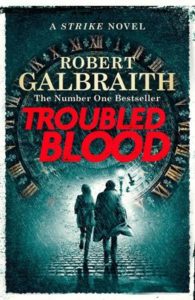 J.K. Rowlings fifth pseudonymous outing sees private detective Cormoran Strike just trying to spend some time with his family in Cornwall. However, it isn’t long before a desperate request leads him headlong into a labyrinthine and unhinged case that stretches into the past and beyond reason.

It begins with the kind of request that a private detective might often get: help me find my mother. Margot Bamborough went missing in 1974. Her disappearance was deemed mysterious but was never solved and eventually went cold. There isn’t much to go on, but Strike and his partner, Robin Ellacot, eventually find their way into a complex web of deceit and misinformation that begins with forgetful witnesses and tarot card readings and eventually leads to a deranged serial killer. The decades that have passed have done little to soften the edges of this deadly case.

The Law of Innocence (The Lincoln Lawyer #6) – Michael Connolly 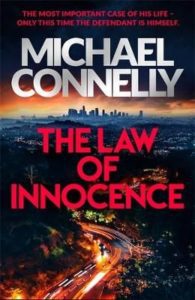 Mickey Haller – better known as The Lincoln Lawyer – is the half-brother of another ultra-famous Michael Connolly creation, Detective Harry Bosch.  As a defense attorney, Haller has spent his life wondering whether he will ever be able to truly recognise innocence, and trying to figure out where exactly the law stops being about manipulation and negotiation and starts being about justice.

This time however, it is his own innocence that he will be arguing as he is forced to defend himself.

When he’s pulled over, the police find the body of one of his clients in the trunk of Haller’s car. A cruelly punitive judge sets his bail at $5 million. He knows that he has been framed, and that winning his case, especially since he is defending himself, is going to take an airtight and ingenious strategy. What he cannot figure out, however, as he sits alone in his jail cell, is who would want to destroy his life and why.

The Law of Innocence is a masterly thriller that shows off Connolly’s genius for plotting and never lets up in its examination of the law and all its flaws. 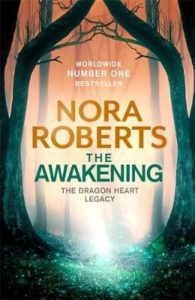 As fans will no doubt be aware, there are certain prevalent themes that tend to run through the work of Nora Roberts – even when she is creating magical new worlds. Two of those themes are “home” and “family”, and these are ideas central to The Awakening – the first in a magical and celtic-tinged new series.

Breen Kelly typically does as she is told, and is pretty keen on not making waves. As such, when her dad leaves one day and says that he’ll be back soon, she waits for him. Now it’s been more than ten years, her dad hasn’t come back and she is stuck in a job she is sick of, following rules that she is sick of. It’s time for a change.

Taking an uncharacteristic risk, Breen journeys to Ireland, to her father’s home. But her trip turns out to be even more unknowable than she could have reckoned. During an innocent walk in the woods, she finds herself suddenly transported into a new world, where she stands a chance of creating something entirely new for herself, complete with a new family and a brand new extraordinary destiny.

Season Greetings and Much Happy Reading!