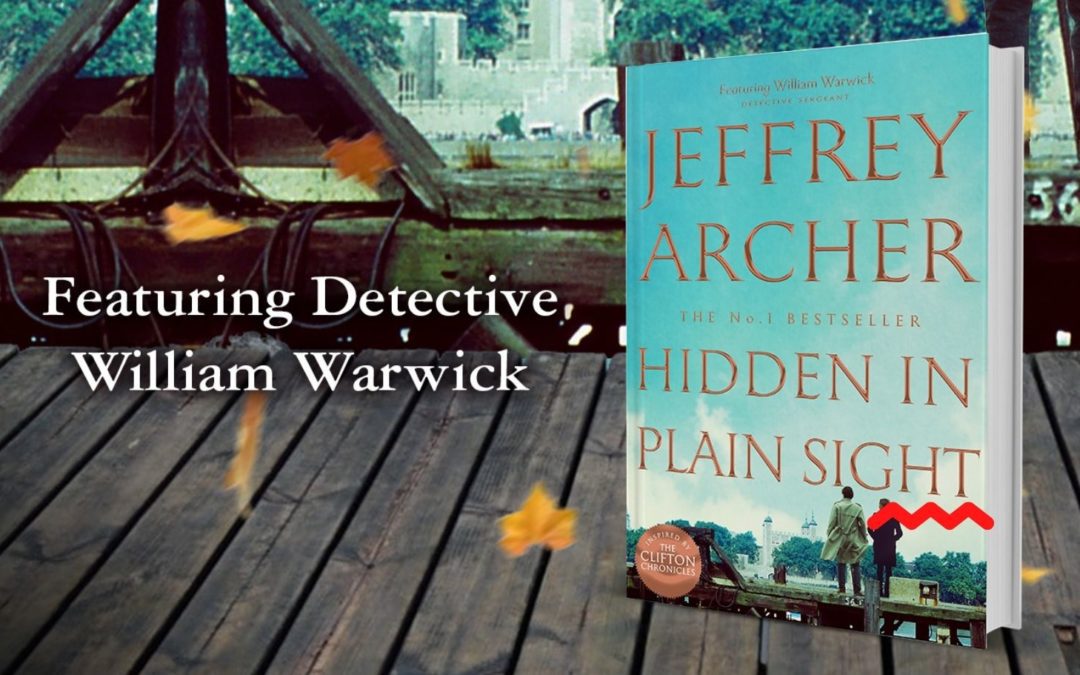 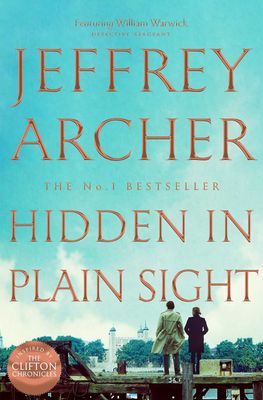 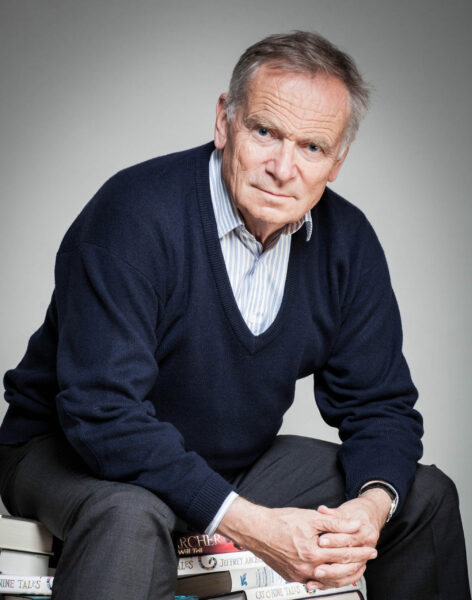 Archer has been one of the biggest international thriller/mystery writers since the 80s. Famous for his Kane and Abel series and the Clifton Chronicles, (as well as for the 20+ stand-alone novels and short story collections that he has produced throughout his prosperous career), Archer now returns with the second instalment in the William Warwick series. As we’re sure you know by now, Archer’s classic brand of intrigue, drama and mystery is deeply informed by his years in politics, historical fact and, of course, by the stretch he spent in prison.

The William Warwick series unfolds in the same way as the Clifton Chronicles – by tracing the life of its protagonist through loves and tragedies, career and family, gripping twists and hard-won triumphs.

Warwick is an intelligent and driven detective, but he has a good deal to learn about the world. Surrounded by an orbiting cast of family, friends, colleagues, villains and love-interests, his relative naïveté is often tempered, and exploited, by those whose paths cross his own.

When we first meet William Warwick, he is defying he wishes of his father, insisting on becoming a detective with the London Metropolitan Police rather than becoming a lawyer like his QC father and his sister. His determination to join the police, lands him fairly quickly in a high-stakes art and antiquities case. 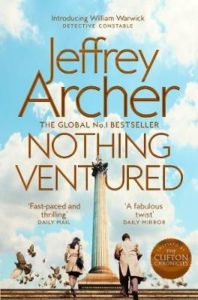 Fresh out of university, Warwick spends some months as a humble beat cop, under the watchful eye of mentor Constable Fred Yates. Before long, he becomes part of his first important case.

When a priceless Rembrandt painting is stolen from the Fitzmolean museum, Warwick becomes part of the investigation… and his first act as an investigating officer is to fall hopelessly in love with gallery research assistant Beth Rainsford – whose own unshareable secret guarantees that all is not straight forward.

Warwick’s hunt for the missing masterpiece eventually brings him up against Miles Faulkner, an urbane and single-minded art collector guarded by his unerring lawyer, Booth Watson QC. This brilliant, intimidating duo is willing to thoroughly dismantle the law simply to stay ahead of Warwick and his investigation. Meanwhile, Faulkner’s wife befriends Warwick… and her motives are indecipherable.

As an introduction to the life and career of William Warwick, and as the grand reveal of a brilliant villain who will come to shape Warwick’s career and life in ever-changing ways, Nothing Ventured kicks off a new series destined to be every bit as moreish as hit saga, the Clifton Chronicles. 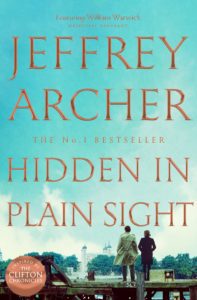 The William Warwick Series will eventually come to eight books altogether, apparently. And if that all sounds a little ambitious for a storyteller of Archer’s maturity, rest assured, the man still spends eight hours writing more or less every day.

The third instalment, Turn a Blind Eye is slated for release in April 2021… and that’s really not too long to wait, is it? Here’s the cover:

And Here’s The Official Blurb: 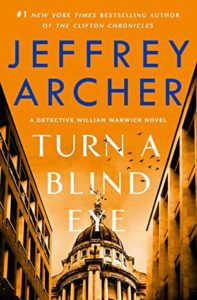 “Turn a Blind Eye is the third installment in the gripping story of Detective Inspector William Warwick, by the master storyteller and #1 New York Times bestselling author of the Clifton Chronicles.

Newly promoted to Detective Inspector, William Warwick is tasked with a dangerous new line of work, to go undercover and expose crime of another kind: corruption at the heart of the Metropolitan Police Force. Along with detectives Rebecca Pankhurst and Nicky Bailey, his team is focused on following Detective Jerry Summers, a young officer whose lifestyle exceeds his income. But the investigation risks being compromised when Nicky falls for Summers.

Meanwhile, notorious drug baron Ahmed Rashidi goes on trial, defended by Booth Watson QC, while William’s father Sir Julian and sister Grace lead the prosecution case. And William’s wife Beth, now a new mother to twins, makes a surprising new friend in Christina Faulkner–the ex-wife of William’s former rival, criminal financier Miles – who has not only turned over a new leaf, but also has a new-found source of income when Faulkner dies suddenly of a heart attack and she stands to be sole inheritor of his estate.

As the undercover officers start to draw the threads together, William realizes that the corruption may go deeper still, and more of his colleagues than he first thought might be willing to turn a blind eye.”

If you are one who makes a point of getting ahead of the waiting list, you can pre-order the third instalment of the William Warwick Series. Simply contact your nearest Bargain Books Branch and order using this ISBN: 9781250200815

In the meantime, check out this interview , conducted on the eve of Archer’s 80th birthday. He really is quite the character.