For the friends and loved ones who value a true story and a deeper look at what constitutes our era, here is a selection of new and enticing non-fiction reads. From politics and crime to resistance essays and personal finance, there’s something here for everyone. 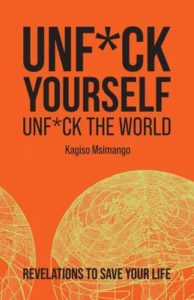 I guess we’ll start with something pretty relevant: it turns out, as Kagiso Msimango came to discover, that fixing this messy messy world of ours often begins with fixing – or rather, unf*cking – yourself.

And it’s not necessarily a massive undertaking either. It doesn’t take superpowers or a bottomless bank account. In this unusual and empowering memoir, corporate leader and author Kagiso Msimango argues that sorting sh*t out is more a matter of little revelations.

Msimango was suffering from terrible burnout when she eventually came to this conclusion; she had maxed out her medical aid and was losing faith in conventional healing methods. It’s a situation to which many of us will be able to relate. So, if you’re after the sorts of revelation that can spur this awesome process of unf*cking, this is a book you’ll want to give a go.

Made in South Africa: A Black Woman’s Stories Of Rage, Resistance And Progress – Lwando Xaso 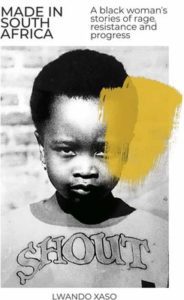 There is no doubt that growing up and becoming an adult against the backdrop of profound social and political change had a tremendous impact on South Africans and what it means to be South African. The country was presented with massive new potential and boundless new possibilities while also still having to grapple with a heinous legacy and the persistent discrimination, inequality and corruption that it perpetuates.

“As a young lawyer intent on climbing the corporate ladder, Lwando’s life’s direction was changed by a personal experience of the oppressive capacity of a supposedly democratic government when it unjustly fired a close family friend and mentor from a senior government position. She found herself on his legal team and the turmoil the case created within her led her to further her studies in constitutional law, and to pick up her pen and share with a wider audience her views of what was happening in her beloved country.

Her outlook was further shaped by her experience of clerking at the Constitutional Court for Justice Edwin Cameron, which deepened her respect for the South African Constitution, and what it really means for a resilient people to strive continually to live up to its moral and legal standards.

Lwando’s writing reflects her unflinching resolve to live according to the precepts of our groundbreaking Constitution and offers a challenge to all South Africans to believe in and achieve ‘the improbable’.” 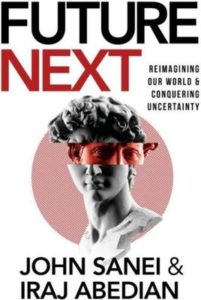 Nobody could blame you for having been completely and utterly thrown by the Covid-19 pandemic. Not only have economies, families and lifestyles been horribly decimated, but our values as a global society have been challenged and muddied. So it makes sense that we should all be on the lookout for fresh ways to combat this agonising uncertainty.

Motivational speaker John Sanie combines his knack for spotting potential with the philosophies and economic principles of Dr Iraj Abedian, delivering a book that encourages responsibility and creativity among consumers, employers, entrepreneurs and executives alike. Ultimately Future Next is all about what we can do to usher in a new age of harmony, sustainability and prosperity. 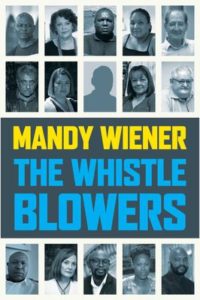 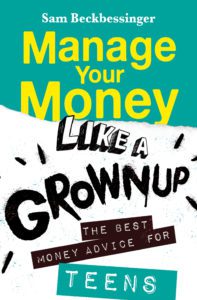 Hey, you’re never too young to start making sense of your money. Start saving now! You’re going to need it.

Empowering, humorous and terrifically helpful, this is a financial guide that cuts through the nonsense to bring young people all the advice that they need to become a money managing master and stand them in good stead for their futures. .

For many of us, even those of us old enough to know better, financial knowledge consists of patchwork scraps gained from adverts, upbringing and, if we’re lucky, some education. Manage Your Money Like a F*cking Grownup for Teens is the instruction manual we should have been given when we were just starting out. Here’s an awesome collection of tricks, rules, pointers and imperatives that also manages to inject plenty of humour into a hefty topic. 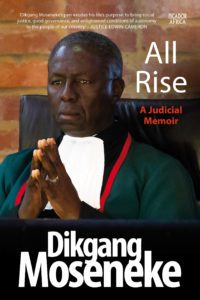 As a kid, Moseneke wanted to be a traffic officer. But life would take him to far greater heights. Things really changed for him when he was arrested at the tender age of fifteen for taking part in anti-apartheid activities. He earned two degrees while in prison and went on to study law at University of South Africa.

From there, he went on to become a judge on the constitutional court. This memoir explores the human struggles and dramas drawn into the courtroom, examines SA’s judicial system and offers an insightful view of the country and its inner workings.

Inside the Belly of the Beast: The Real Bosasa Story – Angelo Agrizzi 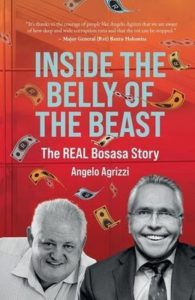 Of all the scandals to have recently rocked the country, the Bosasa Saga stands at a height of its own. In fact, the author of this book is still testifying before the Zondo Commission. Yes, it’s taking a while to clear up this corrupt and overflowing mess.

A company run like a cult by a charismatic charlatan, far-reaching deception and fraud, varieties of corruption and greed hitherto unencountered, Inside the Belly of the Beast ushers you into the previously inaccessible depths of this country-quaking disgrace.

Give the Gift of a True Story.
Happy Reading and Happy Holidays!