ON MY MIND by Charlie Human 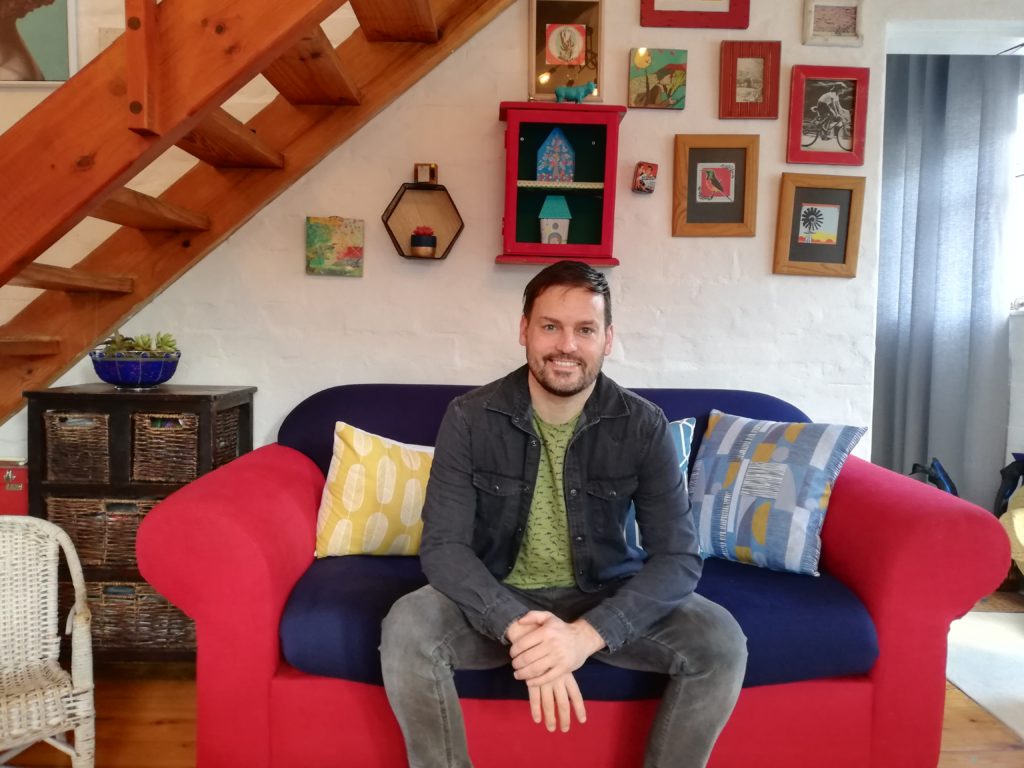 “Did I tell you the one about the female Nguni stick-fighting John Wick? You know, the one who is grappling with motherhood, corruption, and cultists with machetes? No? OK, I will. But first, let me get my leg out.

The clamp around my leg is tight. I try to pry my knee free but it’s trapped there. Sweat beads on my forehead, my breathing is ragged. My heel is being turned and, if I can’t get my knee free, then the force will arc up my leg and into my knee and shear ligaments from bone.

The knee is a complex joint and vital for mobility. I know this because I’ve been in this situation before. That time, the lateral collateral ligament, the one on the outside of the knee that stabilises the joint, had torn with the sound of velcro being ripped. My opponent then had stopped with a shocked look on his face.

My opponent now doesn’t have the same kind of qualms about snapping ligaments. A lean, wiry Afrikaans woman with short-cropped bleached blonde hair, she’s entangled my leg and is going to butcher my knee. There only one way out. I reach down and tap quickly on her foot. Tap, tap, tap. It’s the universal signal for submission in jiu-jitsu. Don’t hurt me. I give up.

Jiu-jitsu travelled from the feudal samurai of Japan to rich Brazilians fighting on Rio beaches and then on to into the cages of mixed martial arts, broadcast worldwide, and helping to make MMA one of the fastest-growing sports in the world. Martial arts and media go hand-in-hand. ‘Enter The Dragon’ brought kung-fu into the mainstream, The Karate Kid put a dojo in every strip mall, Ong Bak ignited interest in Thai martial arts and The Raid put Indonesia’s Silat on the map.

Nguni Stickfighting; our only indigenous martial art. A cultural practice but also a deep warrior tradition that goes back to the impis of Shaka. Will it have a turn? 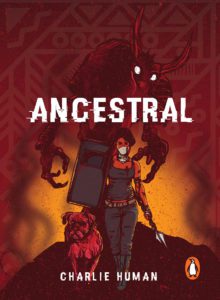 In my novel Ancestral, Clementine Khoza is a modern warrior trained in the way of stick and shield. Like most of my characters, she occupies a liminal space; half Afrikaans, half Zulu, a female practitioner of a traditionally masculine martial art, living in a country entangled by gangsters and kleptocrats, a country where we are tapping out every day. Tap, tap, tap. Don’t hurt us. We give up.

In Half ’n Half: Mytho-Historical and Spatial Entanglements in Charlie Human’s Apocalypse Now Now and Kill Baxter” Olivier Moreillon and Alan Baxter propose that “speculative fiction gives an easier way to envisage possible solutions to the socio-political complexities at play in present South Africa, which are less difficult to swallow than what realist fiction might be (plausibly) able to offer.”

Clementine is a warrior and also a parent; complementary occupations. Having a kid is like tearing your lateral collateral ligament. It limits your mobility. It destabilises you. But it also somehow becomes engraved in your central nervous system and etched into your bones. A genetic link across generations.

Ancestral is a novel that asks questions. Can Nguni stickfighting be the next big thing? What is the strange genetic resonance that binds you backwards to your ancestors and forwards to your kids? How do we navigate this liminal space in South African history? Honestly, I don’t know if it’s possible to answer these questions. But if I can write about a stick fighter with a boerboel dog sidekick fighting gangsters, monsters and cultists then why not try?”

Ancestral is out now and if you would like a chance to win a copy enter your details here. Read an extract here.

This article was originally published in The Penguin Post, a magazine from Penguin Random House South Africa.