Interview with Jen Thorpe, author of The Fall 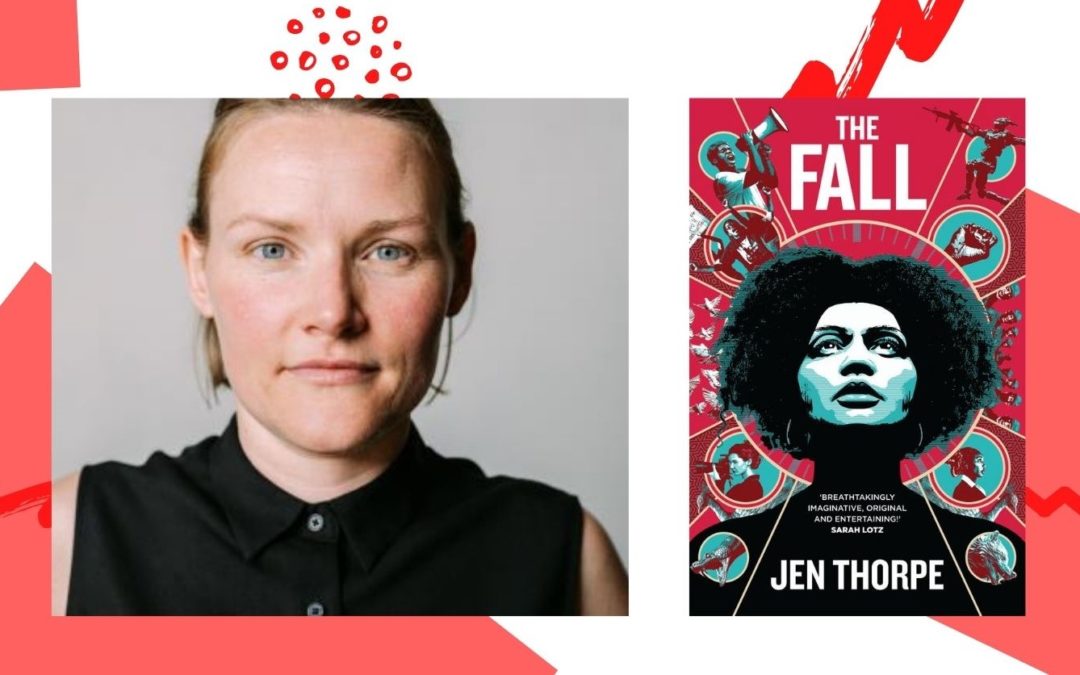 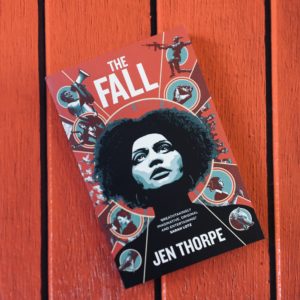 Hector, #FeesMustFall protest leader, believes it’s time for the students to think a little bigger than toyi-toying. This creates problems for Noné, South Africa’s President, who wants no trouble from pesky students in the week she’s launching an extraordinary zoo.

So, when Thuli reveals that she can see seven days into the future and Hector’s life is at risk, the idea seems only semi-crazy to Helen, the journalist she tells. But as Helen starts to investigate the sinister forces that lurk on campus, she realises that Thuli knows only part of the danger. The people in power might be more menacing than anyone could have foreseen.

One thing is certain: if Thuli is right, there are only seven days to change the future.

Read an interview with Jen Thorpe below:

You can expect protests and power struggles and truth and lies and politics. So it’s like an ordinary day here in SA, with a little twist.

The Fall is a novel that begins in a fictionalised version of the 2015 #FeesMustFall protests, in a world much like our own, one that is both magical and dangerous. Over seven days it follows the lives of six characters – two student protestors, a journalist, the President, the Minister of Police, and a parliamentary staff members – as they navigate the corridors and patterns of power that exist in a slightly alternate South Africa.

The characters came to me first. I was walking home from work one day when I heard the voice of Thuli, a student protestor that can see seven days into the future, and I knew I wanted to know more about her story. The novel was written over three years.

I think these protests were profound for so many reasons. They refocussed the country on the inequities in our education system and the reality that some of the brightest young minds in our country are struggling to make ends meet. They highlighted and exacerbated some of the gendered politics of protest and education. I was interested in whose voices were heard and when, whose stories were told and how, who was ‘safe’ in a protest and who wasn’t. I wanted to explore some of these ideas.

At the time of the protests I was working at Parliament and it was harrowing to feel that I was a part of an institution that was participating in the attempt to ignore and silence these struggles. It was shocking to see the violence of the public order police at very close range. Six months later, we as parliamentary staff went on strike and had similar tactics used against us at our workplace – force and violence and stun grenades etc. It was illustrative of a state that wasn’t able to negotiate without violence.

The politics of protest in South Africa reveals fault lines in our discourse, and I think that’s why I chose different characters so we might see what those protests meant from different angles.

At the time I was writing we were still very much in the Zuma administration, so his cheerful callousness was very helpful for character development. I created her name (Noné) as a shortened version of ‘Number One.’ But, that being said, she isn’t a caricature of Zuma, or based on any one person. In my time working with the state I’ve met quite a few ruthless narcissists and I took what I could from where I could take it.

The country and city are the same in that the power dynamics are the same as I see them. We live in the most unequal country in the world, and some are far more equal than others. In The Fall I use speculative elements to draw attention to some of the farcical and dangerous elements of our politics – the use of police in protest, the things the President can buy when she’s left to her own devices, how we choose our news and what makes the headlines, and how decisions are made by the state and civil society activists.

The fall reflects some of these discussions, but it doesn’t focus on them. Four of the five characters whose stories we follow are women, and I think their stories will speak for themselves.

I wrote The Peculiars as part of my Creative Writing Masters degree at UCT, so that was a process where I was able to get feedback along the way and where I had timelines and targets for completing sections. I finished the novel and submitted it to the Publishers almost immediately and it was accepted straight away. I had no idea what I had done wrong or right or why, so it was all very mysterious.

For The Fall I was all on my own for the first draft, apart from my very encouraging sister who read every chapter as I wrote it. The creative process was super fun. I loved creating the speculative elements and trying to keep track of where each character in a giant map on my wall. It felt like half alchemy and half writing. The feedback bit only came after I submitted a draft to the publisher I wanted to work with. She and the readers gave me fantastic constructive criticism which I knew was accurate and honest. From there came huge revision, attending workshops and working through my characters, rewriting, taking an entire character (and 70 pages of writing) out of the story, and really doing my best to make it as tight and flowing as possible. I think it’s a much better book because of that extra work, and a deepening understanding of how this whole fiction mystery works.

I am working on a few things at the moment. The beginnings of a non-fiction, two novels, and a bunch of short stories. There are too many things I’d still like to write about – that’s my problem at the moment. Choosing!

I hope they finish it and feel satisfied with the story and a little more curious about the world.

Listen to a trailer for The Fall here