Q&A with Qarnita Loxton, Author of Being Kari and Being Lily and Being Shelley 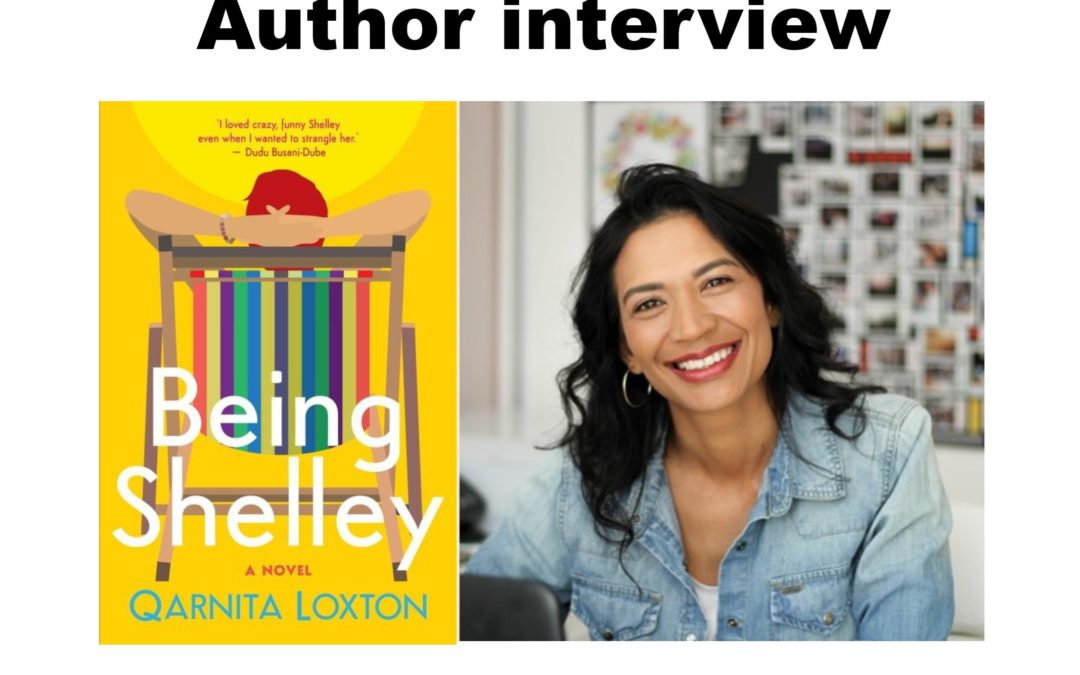 Could you give us a quick rundown of what awaits readers in Being Lily?

Dr Lily de Angelo is getting married to Owen Fisher and she is expecting it to be perfect. She does not expect Owen’s ex, or the ex’s teenage daughter, to end up living with her and Owen in the weeks before the wedding. Lily also does not expect to be waiting on paternity test results to reveal whether Owen is the teenager’s dad, especially when she and Owen have agreed not to have children. Being Lily is a story with humour and depth, exploring what it means to live, love and commit in changing times. It is a sequel to Being Kari so readers can expect more about the group of friends established in that novel. Being Lily can also be read independently.

If you had to sum up Lily in just three words, which would you pick?

A good deal of Being Lily is centred around Lily’s wedding. Do you think that the drama typically surrounding weddings is changing shape?

I think that the decision to get married is more considered, and less automatic, than it used to be. As a result, I think it means that people put greater effort into creating the kind of weddings they want as it becomes a reflection of themselves. In the climate of social media and Pinterest everyone thinks their perfect wedding is desirable and achievable.

What part do you think that romance novels play in the literary world?

I think that romance novels provide escapism and a feeling of hope. It is usually accessible literature that readers can identify with in ways that they might not be able to in other forms of literature.

Do you consider yourself a romance novelist?

For you, what has changed between writing Being Kari and Being Lily?

In terms of my outlook on life and my reasons for writing, not much has changed between writing Being Kari, Being Lily and Being Shelley (due out November 2019). I like to write stories that combine humour and depth, that make you think while having a laugh.

Have you always known that the lives of women would be your focus and foundation as a writer?

Having the lives of women as my focus is something that just happened, it’s not something I had to give any thought to. I had tremendous women role models as a child and they influenced me greatly so it is natural for me to have women as the foundation in my writing.

Are there any particular fictional ladies from whom you have drawn inspiration? How about real women?

As a child I loved Nancy Drew! She was always able to solve any mystery. My true inspiration comes from the women I have known and meet in life. All the women in my family are independent, strong-willed and focussed. They are not perfect and they have a wicked sense of humour and an appetite for life. I am drawn to women friends who have these traits.

Are there any places that make you feel especially invigorated creatively?

I love walking and running and being out in beautiful spaces. I find the combination of beauty and exercise frees my thoughts and gets my creativity going. I also love writing where there is a view as there is usually plenty of staring into the middle distance.

Who are your favourite writers?

This is too hard! I can’t pick. I tend to read according to my mood so my favourites depend on the moment.

If you could reveal one universal truth through your writing, what would it be?

Wow, a difficult one. I would say that a little bit of fun can go a long way. Without negating the serious things that happen in life, keeping a sense of humour helps everything along.

The protagonists in Being Kari and Being Lily are very different to each other, and likely very different from readers themselves, but in essence, I hope the take away for readers are the same. Kari is a young Muslim woman who is estranged from her family and married to an Afrikaans man. His infidelity and the death of her grandmother leads her to examine her identity and to reconnect with her family. Lily is a spoiled wealthy woman who is immersed in planning her wedding when she is faced with the potential of a step-child, essentially forcing her to examine whether she wants to be married and to reconsider her ideas of ‘happily ever after’. In both books, I try to explore the characters in such a way that the reader can relate to the issues the protagonists face. The take away I would like for readers of both books is that regardless of how different others may seem, at our core we are all concerned with the same things in life. There are no ‘perfect’ endings.

What will you be writing on next? Any big ideas on the go?

Being Shelley, the third in this series about four friends was released in November 2019. Shelley Jacobsen is in her forties and feels trapped. The coffee and décor shop she opened with her bestie is proving to be a gilded cage. Meanwhile, her husband, Jerry, is consumed with Jewish guilt since having their twins, which reminds Shelley that she will always think of herself as the ‘shiksa’ to his family. Then she hires Wayde Smith as a barista. To her, the sexy twenty-two-year-old surfer smells like a Pina Colada Coconut Vanilla Dessert, exactly the smell of the holiday she wants from her life. Is it so wrong that Wayde with his brown skin, abs for days, and beachy hair skimming his shoulders makes her feel young. Can’t a woman be friends with her male employee? Shelley is tired of fighting with Jerry; she just wants some fun. But will the fun stay harmless, or is she heading for a total wipeout?

I plan to start working on Being Dianne, the fourth and last in this series.