The Best Books of January 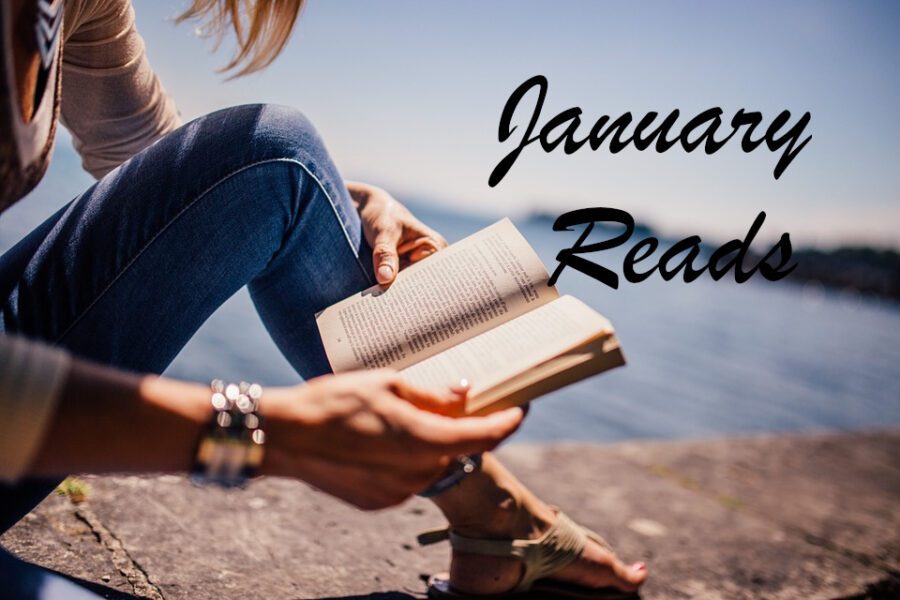 Well, didn’t January go by in a flash? It was a fairly news-heavy month too. As such, we may not have had the chance to check out all the new books that have hit the shelves worldwide so far this year. So, here are some of the best and most exciting books to have been released this January. I’ve divided them into fiction and non-fiction.  Keep an eye out for these great titles. 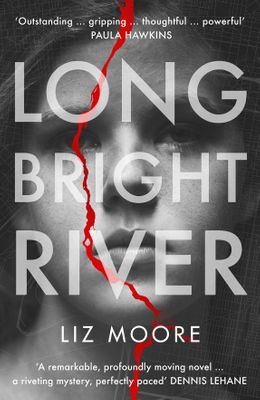 Here’s a book to satisfy both the thriller-fan and the lover of literary fiction: a gritty mystery based around the opioid epidemic, propelled by punchy writing and teeming with tension.

Long Bright River focuses on two sisters who live at opposite ends of the societal spectrum. Michaela is a Philadelphia cop whose beat includes some of the city’s toughest neighbourhoods. She is empathetic, knowing and driven. Her younger sister, Kacey, is a drug addict who has slipped into prostitution. They were raised together in Kensington by their grandmother after the fatal overdose of their mother, and Kensington’s run-down buildings, vacant lots and vulnerable population make it a prime feeding ground for a serial killer… and just as one makes themselves known, Kacey vanishes.

But what follows is not your average police-procedural. Long Bright River takes us into the deeper places occupied by such a story, resisting the urge to tell a hero vs villain tale in favour of something more emotive and multi-faceted. Protagonist and antagonists trade places in an exploration of morality, addiction and contemporary crises, as the plot urges us through numerous twists and keeps the surprises coming. It’s a riveting and atypical read. 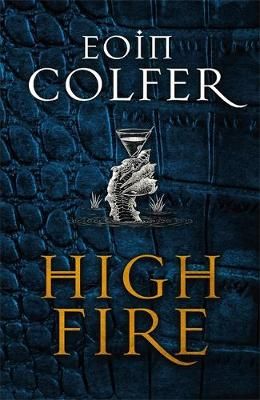 Eoin Colfer (creator of the ever-popular Artemis Fowle series) adds some adult fiction to his cannon with this hilarious, inventive and offbeat new novel. It’s always interesting to see how a popular author can shift between audiences and that trademark Colfer style is here in good supply.

Highfire follows the fairly grim life of an ancient dragon called Vern. Humans have killed off most of his kind, and Vern has retreated to the stifling Louisiana Bayou where he spends his time drinking, watching Netflix, longing for the glory days he left behind and generally refusing to leave his armchair. Things take a turn when he encounters Squib Moreau, a young swamp rat on the run from a murderous corrupt cop (wielding a grenade launcher). Vern might well have blasted Squib to a cinder to protect his secret isolation, but instead the unlikely pair strike a deal. Squib will act as Vern’s familiar – fetching and carrying, basic stuff – and in return, Vern will protect him from the maniacal Regence Hooke. Soon the three of them are rushing toward an inevitable confrontation, a fiery showdown that will either see the last of the dragons go extinct or will return Vern to his former majesty.

It’s genre-bending fantasy from a comic writer at the height of his powers. Expertly drawn characters, plenty of action and a steady stream of laughs. Guaranteed fun. 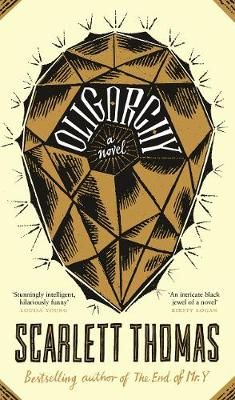 Scarlett Thomas’s fruitful career has brought us some of the most fascinating, mind-bending and stylish fiction of our age. Books such as The End of Mr Y and The Seed Collectors have cemented Thomas as a dependably original writer who plays with space, time and internal process like few others can. With Oligarchy, she turns her gaze on the traumatic downsides of privilege, the impossible standards to which young women are held, and the darkest parts of the vulnerable psyche. Though dark, and somewhat damning, it’s also consistently funny, quirky and enthralling.

Natasha arrives a week late to her vast and impressive new English boarding school. The daughter of a Russian oligarch, she is no stranger to privilege. But this school is something else. She quickly realises that life her is completely dictated by how thin you are and how much money your family has. And those in charge seem to encourage this. This is really only the start. The daily anguish of Instagram, eating-disorders and strange abuses takes an even darker turn when Natasha’s friend Bianca vanishes and she begins to become aware that wealth and food are not the only powers exerting themselves within the school’s forbidding halls.

Darkly humorous, poignant and endlessly unique, Oligarchy is a deftly observed examination of a culture dominated by image. Cautionary, dauntless in its critique and hugely entertaining. 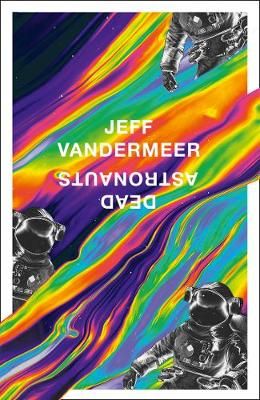 VanderMeer is a well-known champion of the downright weird. Relentlessly imaginative and unfailingly experimental, Dead Astronauts is a one-of-a-kind book that defies all average attempts to describe it. What’s it about? Well… um. Rest assured that it is completely compelling, often terrifying and always unique. You’re just going to have to read it. In fact, I’m so wary of attempting to describe Dead Astronauts that I’d sooner just leave you with Penguin Randomhouse’s tantalising cast rundown:

“A messianic blue fox who slips through warrens of time and space on a mysterious mission. A homeless woman haunted by a demon who finds the key to all things in a strange journal. A giant leviathan of a fish, centuries old, who hides a secret, remembering a past that may not be its own. Three ragtag rebels waging an endless war for the fate of the world against an all-powerful corporation. A raving madman who wanders the desert lost in the past, haunted by his own creation: an invisible monster whose name he has forgotten and whose purpose remains hidden.” 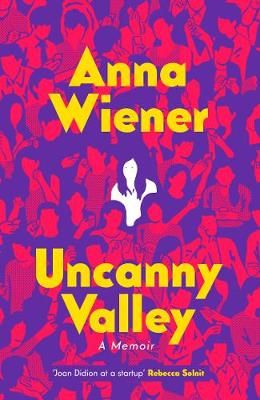 A journey through the hallowed and vaguely disconcerting world of Silicon Valley, this is a memoir that takes on the future, the exciting idealism that inspired it, and the mad and ambitious graspings – the insane rush for domination, wealth and glory – that are shaping it.

Anna Wiener was in her mid-twenties when she left her job in publishing to join a big-data startup at the centre of Silicon Valley’s quickly exploding extravagance and promise. But it was not long before that promise began to change shape, and soon all that camaraderie and newness and freedom warped into something more sinister. Uncanny Valley is a memoir that explores the high-flying and reckless culture that birthed the heart of the tech industry, and one that charts it’s evolution from a realm of promise ­ – a saviour-esque collective that would fix our every problem through inspiration and innovation alone – to an ultra-ambitious behemoth that wields such political power that it has come to threaten whole populations. Told with much wit and incisive honesty, this is the story of progress as we now know it… and the consequences we’re still not yet fully grasping. Essential reading for anyone interested in big tech and big business – big anything, really. Insightful and surprisingly funny. 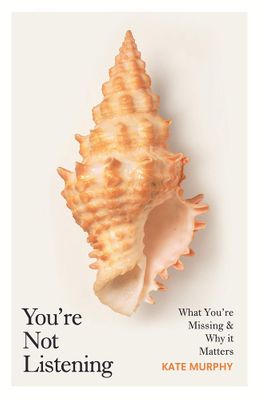 You’re Not Listening: What You’re Missing and Why it Matters by Kate Murphy

If you stop to think about it, this is not just one more of those slightly grumpy, oh-so-modern, complaints with which we regularly come into contact. If we aren’t listening to others, then others aren’t listening to us. And it’s not difficult to see how this happening, but it might be slightly harder to see just how great the implications of this dwindling capacity are. Careers are built around talking dominantly, politics scarcely seem to involve any actual debate anymore, thanks to social media we barely even need to listen because we choose and control our own narratives, and even when we do mix with other people it’s so often just a case of waiting to say your bit.

With this powerful and elucidating book, packed with wisdom garnered from conversations with everyone from priests and CIA interrogators to bartenders and toddlers, Kate Murphy shows the true importance of listening and proves that it is a skill worth investing in. It’s thought-provoking, readable and extensively researched: a book we would all do well to read. 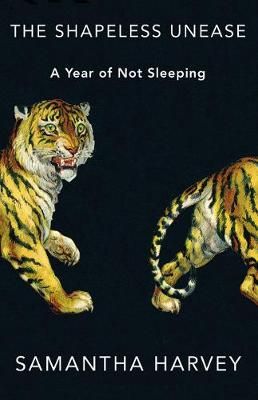 When it comes to sleeping these days, people seem to fall into one of two categories: either we take it for granted, or we don’t get enough. And when we fall into the latter, it becomes an all-consuming force that sink its fickle teeth into every aspect of our lives. For well-known novelist, Samantha Harvey (author of The Western Wind and Dear Thief), insomnia crept in and took hold without much warning. Much like the minds of the sleep-deprived, The Shapeless Unease is a volume of meditations, tangents, divergences and observations… none of which is to suggest that it is messy. It meanders beautifully, and disarmingly succinctly, through essay and memoir, anxiety and memory, fiction and examination in order to form a compelling and actually quite profound whole. Concerned as much with attempting to reverse this condition with therapy, exercise, diet (all the major methods) as it is with really exploring the depths of life and the basic needs that control it, The Shapeless Unease is as good a book about sleep as you’re likely to find – an unerringly articulate and illuminating work of thought and vulnerability.

Happy reading, and don’t forget to place orders at your nearest Bargain Books if you can’t yet find these on the shelves.