Stories of Auschwitz, the Holocaust, Survival and Hope 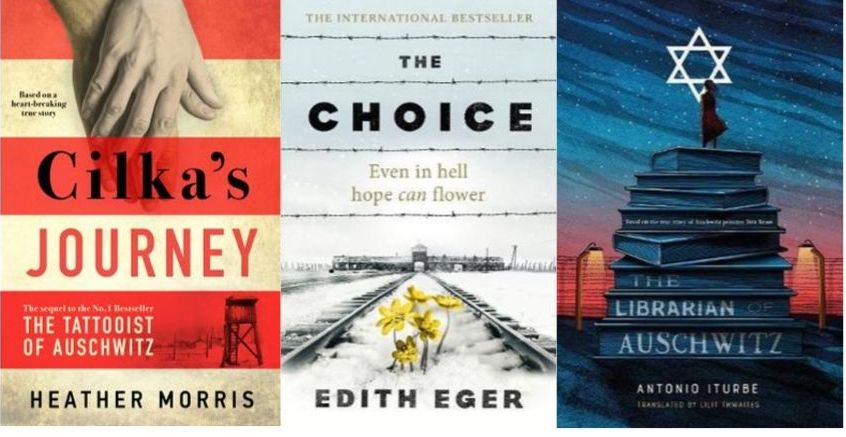 Stories of Auschwitz, the Holocaust, Survival and Hope

It might feel a little odd, celebrating this particular subset of literature – we can be happy that these books exist, but we must inevitably be sobered by the events that brought them into being. Tales of the Holocaust ­- and of Auschwitz-Birkenau in particular – occupy the place that they do, and achieve the popularity that they so often do, because central to nearly all of them is the idea that the human spirit is indomitable. While proving to us that every manner of evil can be overcome, these books also prompt us to consider this horrifying patch of history from a more personal perspective, giving individual faces and voices to tribulations that might otherwise be relegated to textbooks and grim documentaries. They’re a moving reminder, too, that the experiences of a single person can have a profound impact on public consciousness and popular culture. After all, where would modern story-telling be without Sophie’s Choice, Schindler’s List, The Pianist, The Diary of Anne Frank? Auschwitz writings have spawned everything from enduring works of art to psychological breakthroughs. Their importance cannot be denied – and neither can their incredible emotionality.

Recently, Heather Morris became a literary sensation with her book The Tattooist of Auschwitz – a heart-breaking novel inspired by the true story of survivor Lale Sokolov. This month she expands this compelling and ultimately hopeful story with Cilka’s Journey, a tale that moves from Auschwitz to a Siberian Gulag while it recounts the life of Cilka Klein, a contemporary of Sokolov. Given the popularity of these two books, now is a good time to take a look at some more exceptional people whose stories continue to affirm our belief in the tireless triumphs of the human heart.

Here are some of the best and most readable:

Cilka’s Journey and The Tattooist of Auschwitz by Heather Morris

Cilka is just a teenager when she is taken to Auschwitz-Birkenau in 1942. She is quickly noticed for her beauty, separated from the other women and forced into an existence of brutal enslavement by the camp’s commander. Through wit and quick learning, she is able to survive her ordeal at the infamous prison but, following the camp’s liberation, she is branded a collaborator and shipped off, once again, to Siberia. At the Siberian gulag she is subjected to cruelties that are all too familiar, as well as to some that are grotesquely new, but, finding new depths of resilience, she manages to care for the sick and broken of the camp even as her daily confrontations with death and terror show no signs of abating. In that place, finally, after a lifetime of ordeals, she discovers that she is able to love… and that there might be love out there for her too.

Lale Sokolov, the titular Tattooist of Auschwitz, knew Cilka Klein while they were both in the infamous camp. Though their lives took rather different directions, both of them are profound testaments to our capacity for love even in the bleakest and most inhumane circumstance.

The Librarian of Auschwitz by Antonio Iturbe 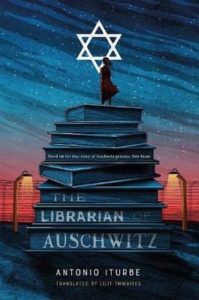 Published back in 2012, this one was inspired by the life of Dita Kraus, a young girl who came to fulfill a unique and invaluable position during her time in Auschwitz. While she is learning to survive the constant terrors of her internment, she is given a special task by Fredy Hirsch – a leader of the Jewish community. She is to look after their “library”, a collection of just eight books, some tattered and worn out, that becomes one of the last remaining treasures the prisoners have. Books are dangerous things in a place that denies humanity, and Dita’s function is a potentially deadly one. This one is an inspiring and insightful read with a truly unique premise.

The Choice by Edith Eger 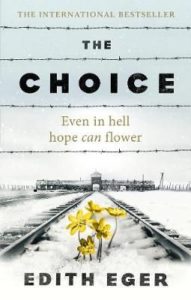 Unlike those above, this one is a first-hand account of Auschwitz and afterwards. Therapist, renowned speaker and survivor Edith Eger delivers a highly philosophical memoir in which agonising experiences and unbearable cruelty are conquered by indomitable will: the will not to be the victim, the unflagging determination to look forward and embrace what is possible rather than what is not. Today Dr. Egers’ patients include abuse survivors and soldiers suffering from PTSD. Her memoir is a profound and compassionate journey into healing, a meditation comparable in its advocacy to Man’s Search for Meaning. 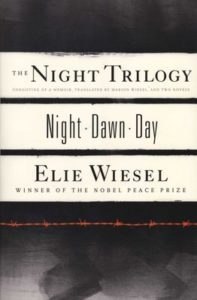 This is a famous one, and something of a classic. Elie Wiesel, like so many featured in this list, was just a teenager when he was taken to the concentration camps. It was one of the earliest books to feature an actual account of Auschwitz survival. It’s an intensely personal story that does not shy from horrifying details and focuses powerfully on the harrowing destruction of his family.

The Girl from Berlin by Ronald H Balson 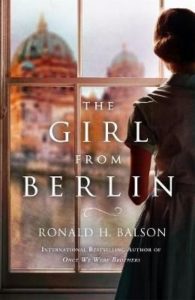 Given that Ronald H Balson was an acclaimed novelist before this title came along (this is his fifth novel), and that he is a practicing litigator, this book is unlike the others on the list. It’s a historical fiction mystery that weaves the past and the present and details the experiences of one character, Ada Baumgarten, as her opulent life is destroyed by the rise of the Nazi Party and her family is torn apart. It’s a blend of detective novel and Holocaust romance that offers a unique view of those events (informed by Balson’s meetings with survivors in Poland) and gives pride of place to strong women. Also see Once We Were Brothers, the novel that got Balson started in Holocaust territory. 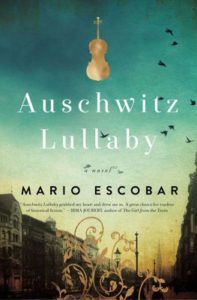 Based on the true story of a German nurse charged with caring for the youngest prisoners in Auschwitz, this is the tale of a family woman whose husband and children were torn from her by the SS. Though Helene Hanneman was German herself, and therefore safe from internment, her refusal to leave her family landed her in the full force of the Holocaust’s horrors. Laboring under the sinister shadow of the infamous Dr. Mengele himself, Helene devotes her time at the camp to the most vulnerable. Like the others, Auschwitz Lullaby is a testament to enduring kindness and the strength of the seemingly ordinary spirit.

Memoirs that Deserve a Major Mention

The Complete Maus by Art Spiegelman – A graphic novel and truly unique look at a family facing the rise of Nazism, it redraws the Nazis as cats and the Jews as mice. A profoundly unsettling and accessible account of familiar horrors.

Boy 30529 by Felix Weinberg – an utterly incomparable memoir, this is the story of the boy who survived not one but five concentration camps. It’s really the ultimate survivor’s tale.

The Last Jew of Treblinka by Chil Rajchman – Treblinka is a lesser-known concentration camp, by some accounts more vicious and hopeless than Auschwitz. Very few survived its fires. Rajchman’s survival was all but impossible and yet he escaped the camp, in a truly chill-inducing uprising, and lived to tell this agonising tale.

If this is a Man/Survival in Auschwitz by Primo Levi – Levi is one of the defining voices of survival. His many meditations on the atrocities of the Holocaust are essential reading and philosophical nourishment.