The Burning Girls by C.J. Tudor 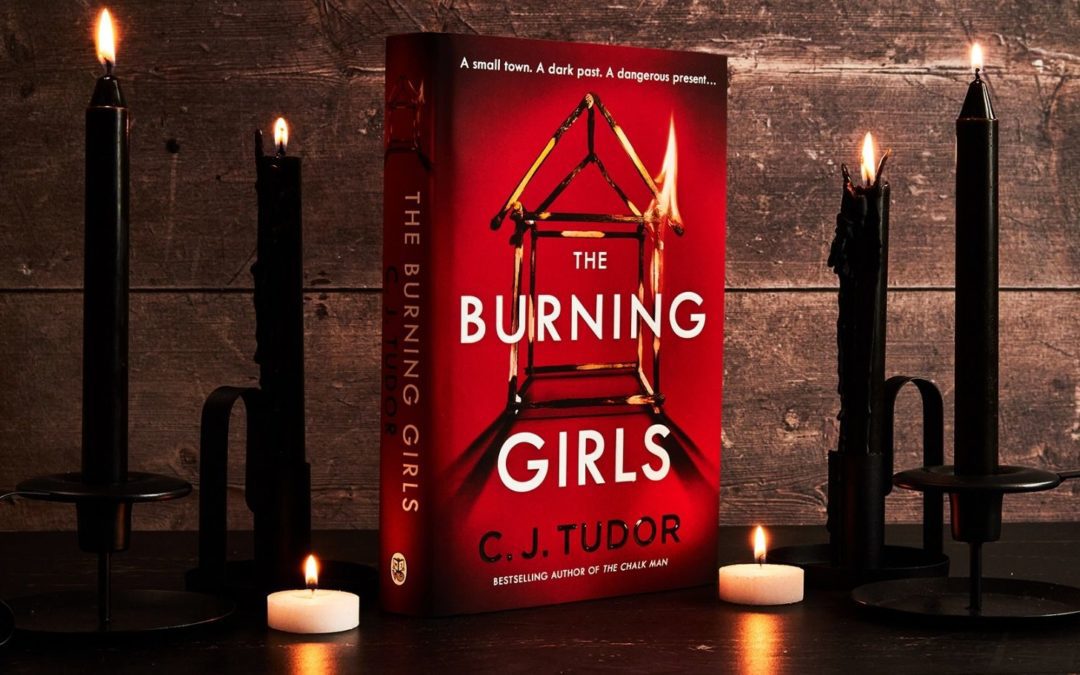 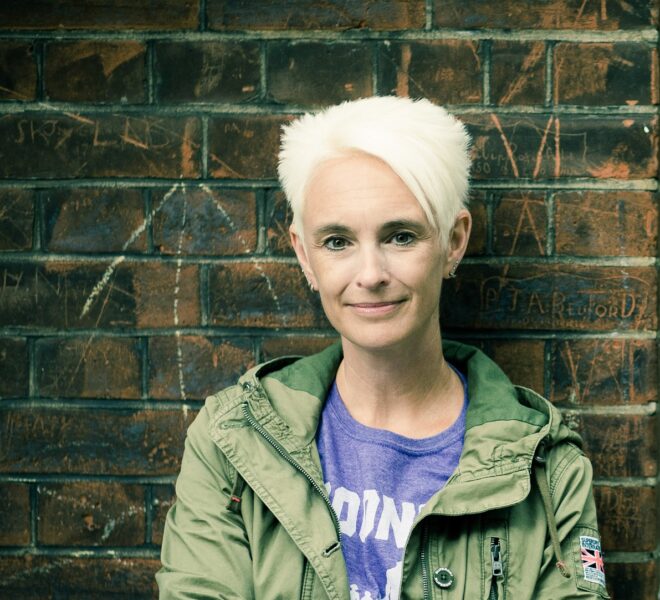 C.J. Tudor’s flair for the macabre and her taste for the horrific have made her one of the best gothic thriller novelists around. Her very first novel, The Chalk Man, was inspired by some spooky stickmen scrawled on a driveway… and any author that can craft a work of gothic suspense around a single image needs watching. Previously, she has been a television presenter, a shop assistant, a voice over artist and a professional dog-walker – all of which, one can’t help thinking, are occupations that naturally lead to grizzly musings (I mean, how many times in novels and television shows has a murder victim been discovered by a dog-walker and their observant mutt?) Her output has proven that her grasp on the inherently eerie, her knack for unsettling twists and her deft psychological suggestions continue to go from strength to strength. And now we have The Burning Girls… which you just know is heading into some properly dark places.

Lovers of British crime writing and those with an atmospheric tooth will want to plunge into Tudor’s work post haste. Here, we will be taking a look at Tudor’s new novel, and having a good squizz through her backlist.

If you’d like to know more about Tudor, here’s a pretty good interview. 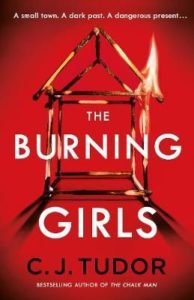 Many an idyllic village harbours a disturbing past. Chapel Croft’s ghosts, however, are more numerous than most. Scarred by recent horrific events, as well as by gruesome tragedies long past, it’s a remote place that one would do well to avoid. But not, apparently, by Jack Brooks, reverend and single parent recently transferred from the city.

Along with teenage daughter Flo, Jack arrives to helm the beleaguered parish following the terrible suicide of the previous vicar. It’s not supposed to be permanent. Jack immediately finds a community suffocating under the weight of its own past – a dark burden made up of public burnings, disappearances, blood-soaked secrets and conspiracies that span centuries. Jack’s welcome package is an exorcism kit.

The more the newcomers explore this strange village and its stranger denizens, the more they feel the insidious seap of its grim atmosphere. The past refuses to be put to rest. When Flo starts to see ghostly apparitions, phantom visions of girls burning at the stake, it becomes clear that the demons vexing Chapel Croft have no interest in remaining silent.

The Burning Girls takes place in three different times: the gorey era of heresy and execution that gripped the mid-16th century, the more recent past of Chapel Croft in which two teenage girls vanished without a trace, and Jack and Flo’s present. Flowing nimbly between each dark chapter of Chapel Croft’s story, and maintaining a steady growth of spine-chilling tension, The Burning Girls expertly captures the hideousness that so often lurks beneath the seemingly decent: a horror, thriller and classic whodunnit wrapped in a single, deliciously nail-biting package. 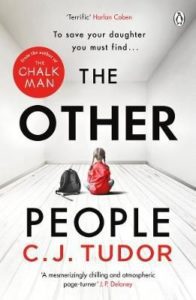 This is a thriller that examines the notion of justice and the nature of grief as much as it delivers relentless action and drips with creepiness. It’s one of those that will keep you up at night in that special way that only the best thrillers can. It has gripping twists and creeping chills in spades… and there’s even a supernatural element.

Disbelief is one of the first sensations to strike in the wake of tragedy. But that disbelief can linger, gnawing away at you as the hope that goes with it turns sour.

Gabe is driving home one night, stuck behind a rusty old car. In the rear window of that car, there suddenly appears a young face that he almost instantly recognises. It’s his daughter, he’s sure of it… but it can’t be… because Izzy is safe at home. It must have been a trick of the mind. When he makes it home however, he discovers that his wife and daughter have been murdered. And yet, he knows that he saw Izzy in the back of that car
.
Three years later, Gabe’s life has devolved into an endless search. Every day and every night he drives up and down the motorway, determined to finally catch a glimpse of the car that took his daughter. He is the only one that believes she is still alive after all this time. Her body was formally identified, but he simply cannot let it go.

Then there’s Fran. She’s familiar with the motorway too. Not because she’s searching but because she is fleeing for her life. There are people out there who want to hurt her and her daughter, and she knows what happens when they catch up with you. She also knows exactly what happened to Gabe’s daughter… enter The Other People – a group uniquely and overly familiar with grief and death.

Tudor keeps masterful control of her narrative here, handling multiple immersive twists with great skill and building vivid and believable characters even when the story veers gleefully into the macabre. It’s a clever, quick and deliciously sinister read: a much needed antidote to the slew of paint-by-numbers thrillers to which we are so continually subjected. 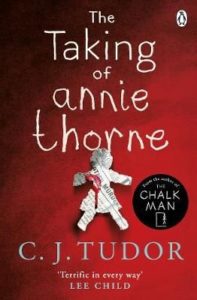 A Stephen-King-esque plunge into a place of lingering evil and palpable dread, Tudor’s second novel gets so far under the skin that it’ll have you double-checking your doors, staying away from dark windows and reluctant to draw the shower curtain.

Joe Thorne is called back to his hometown by a mysterious email. Arnhill is not a place he relishes: it’s a depressed and shambolic place swimming in regret and tragedy. One night, while she was still young, Joe’s sister Annie disappeared from her own bed. Though there were searches and appeals, no trace could be found of her… until she turned up two days later, unable or unwilling to explain what has happened to her. The Annie that returns is deeply, sometimes frighteningly, changed. Not really the same girl at all. This was some time ago now, but somebody is claiming to know what happened to Annie all those years ago. That person claims that it is happening again. Still struggling with the memory of his life in Arnhill, and the demons that it left within him, Joe makes a valiant attempt to uncover the truth, even as mysterious forces threaten to bring about all-new tragedies.

Opening with a sickening discovery in a decaying old cottage and only ramping up the horrors from there, The Taking of Annie Thorne knows exactly how to keep you wanting more… as uncomfortable as that may be. 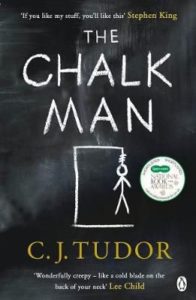 Tudor’s debut really set the stage for the gorey and macabre territory her subsequent work would gleefully tread. It also brought us the compelling and cleverly drawn characters (and those particularly gripping knacks mentioned often above) that have since become a staple of her novels.

Back in the 80’s, Eddie’s life was pretty standard. He and his close-knit group of friends spent their days in a fruitless hunt for even the most modest lick of excitement. They even had their own secret code: stick figures written in chalk, each carrying a different, private message. That excitement, however, finally comes in the form of trauma when, one fateful summer, one of these stick men leads them to a dismembered corpse.

Now Eddie is an adult with a relatively ordinary life. He’s no longer hunted by that horrifying discovery. Pretty much. But the full horror of that day comes flooding back when he receives a letter. A letter that consists simply of a single stickman drawn in chalk. And it turns out that his friends have each received a similar message. When one of these friends is killed, it becomes clear that the past has come back for them… and that figuring out exactly what happened back then has just become a matter of survival. The thing is, that’s not all that happened that summer, far from it, and memory is simply not to be relied upon – not theirs, not anyone’s.

The Chalk Man is a remarkably assured debut. Terrific and horrific in equal measure.

Happy (trying to sleep after) Reading!