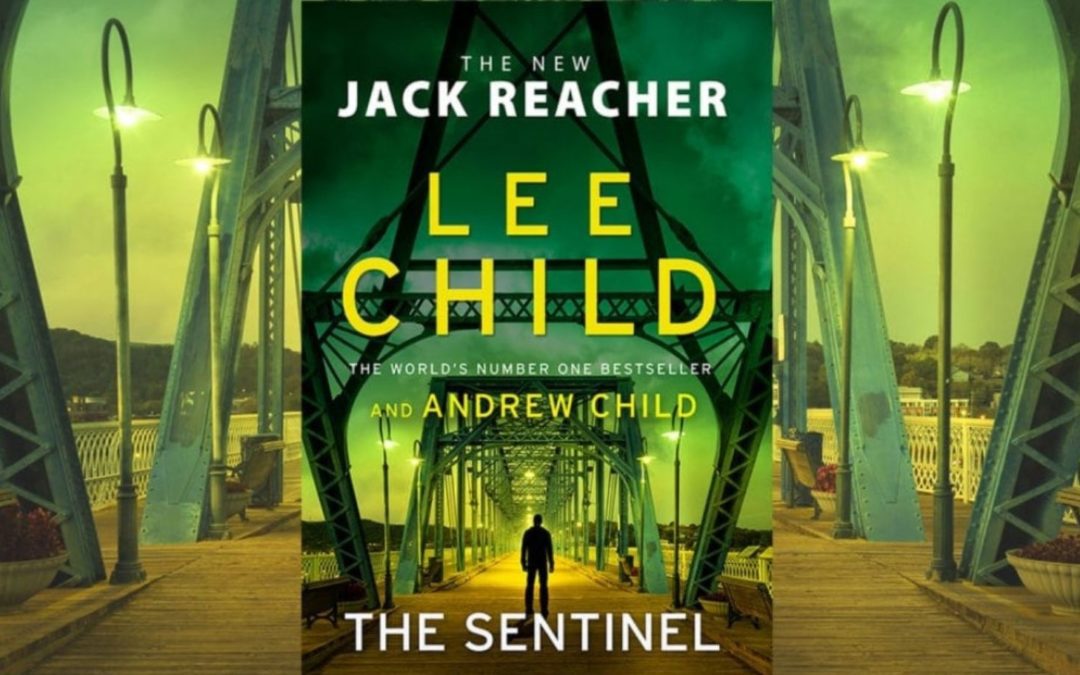 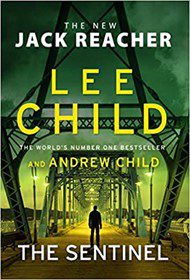 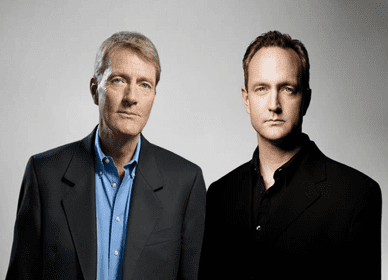 The Sentinel is the 25th Jack Reacher book (bet you can’t name them all!)

Child has never been shy about admitting the commercial motivations behind the Jack Reacher series (which began with The Killing Floor), and it certainly hasn’t disappointed. By making Reacher a nomadic problem solver, with a very particular set of skills, Child was able to create a complex hero who never becomes stale and whose stories are able to change significantly with each book release.

Well, after surpassing two dozen Reacher novels, Lee Child is ready to retire… but not before ensuring that the ex-military police strongman is in safe hands. But hang on just a sec, this isn’t an instance of just saying to a family member, hey, I’m done here, you take over, no, Andrew Grant is already an established thriller writer in his own right. So this passing of the torch works for numerous reasons.

Since 2009, Grant has written nine thriller novels and has been consistently praised for his fast-pacing, non-stop action, complex plots and sympathetic characters… all of which are attributes you want in such a novelist.

It’s reasonable to assume that, given their close relationship, Grant and Child will make for a good team and will be familiar with each other’s styles and processes. If you fancy delving a little deeper into their siblinghood, check out this conversation with Read it Forward.

Jack Reacher once again finds himself at a loose end, with nowhere much to go and nothing at all pressing on him. His aimless wandering eventually takes him to Tennessee, to a town somewhat erroneously named Pleasantville.

While traipsing the streets of this town Reacher, as he does, spots a dangerous confrontation. A man is about to wander into a four-against-one ambush and Reacher takes it upon himself to resolve this tension as only he can. However, this ambush, as Reacher is about to discover, is the culmination of something far more serious.

The man he saved is no more than a run-of-the-mill IT manager, recently fired following a cyberattack on the town’s confidential records. All the man wants is to keep his head down, to not seem guilty and to clear his name. But it soon turns out that his attackers were involved in something that stretches all the way to a deadly cover up, a massive conspiracy and at least one murder. The only thing that’s clear from the outset is this: Reacher is a good person to have in your corner.

“Reacher is satisfyingly ice cold in combat and full of good human feelings when necessary. It works.” ― Literary Review

“Fresh, perfectly plotted, and packed with action, The Sentinel is one of the year’s best, must-read thrillers . . . and proves that this series is primed to continue on at the highest level for many years to come.” ― The Real Book Spy

A Couple of Andrew Grant Highlights 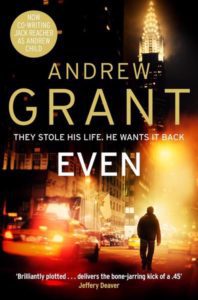 He’s one of the best undercover agents in the world. A seasoned operative for British intelligence. But when he finds a body in the streets of New York, David Trevellyan is a prime suspect. Arrested by the NYPD, interrogated by the FBI, Trevellyan swears he had nothing to do with it. But no one believes him―especially when the victim turns out to be a federal agent. Now his country won’t help him. His contacts can’t save him. But that won’t stop a man like Trevellyan. Whoever set him up is going down. Even if it kills him…

“Andrew Grant’s debut novel reads like it was written by an old pro with new things to say. Even is a bit of LeCarre and Ian Fleming, but with more grit and a sharper edge. Wonderful sardonic wit and crackling dialogue.” ―Nelson DeMille

“In Even, Andrew Grant introduces British naval intelligence officer David Trevellyan, a man born to fight and trained to win, locked in a suspenseful contest with terrifying adversaries. An excellent thriller that feels like breaking news.” ―Thomas Perry

“The first paragraph is a whopper. . .the last one made me gasp. With surprise. With delight. David Trevellyan is by turns witty and wicked. Fans of 007 will be shaken and stirred.” ―Sandra Brown 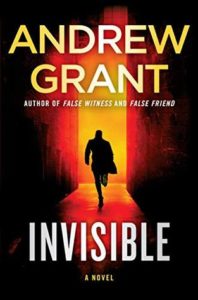 An Army veteran and intelligence agent goes undercover as a janitor at a federal courthouse to pursue his own brand of justice.

As a young man, Paul McGrath rebelled against his pacifist father by becoming a standout Army recruit and the star of his military intelligence unit. But lingering regrets about their relationship make him return home, only to find his father dead, seemingly murdered. When the case ends in a mistrial—after a key piece of evidence disappears—something doesn’t smell right to McGrath. So he puts his arsenal of skills to work to find out just how corrupt the legal system is. And to keep digging, he gets a job at the courthouse. But not as a lawyer or a clerk. . . .

Now McGrath is a janitor. The perfect cover, it gives him security clearance and access to the entire building. No one notices him, but he notices everyone. He notices when witnesses suddenly change their stories. When jury members reverse their votes during deliberation. When armies of corporate attorneys grind down their small-time adversaries with endless tactical shenanigans. While McGrath knows that nothing he discovers can undo his past wrongs or save his father, he finds his new calling brings him something else: the chance to right current wrongs and save others. And by doing so—just maybe—to redeem himself . . . if the powerful and corrupt don’t kill him first.

Be sure to check out Jack Reacher’s new writer for yourselves.