The Two Pulitzers of Colson Whitehead 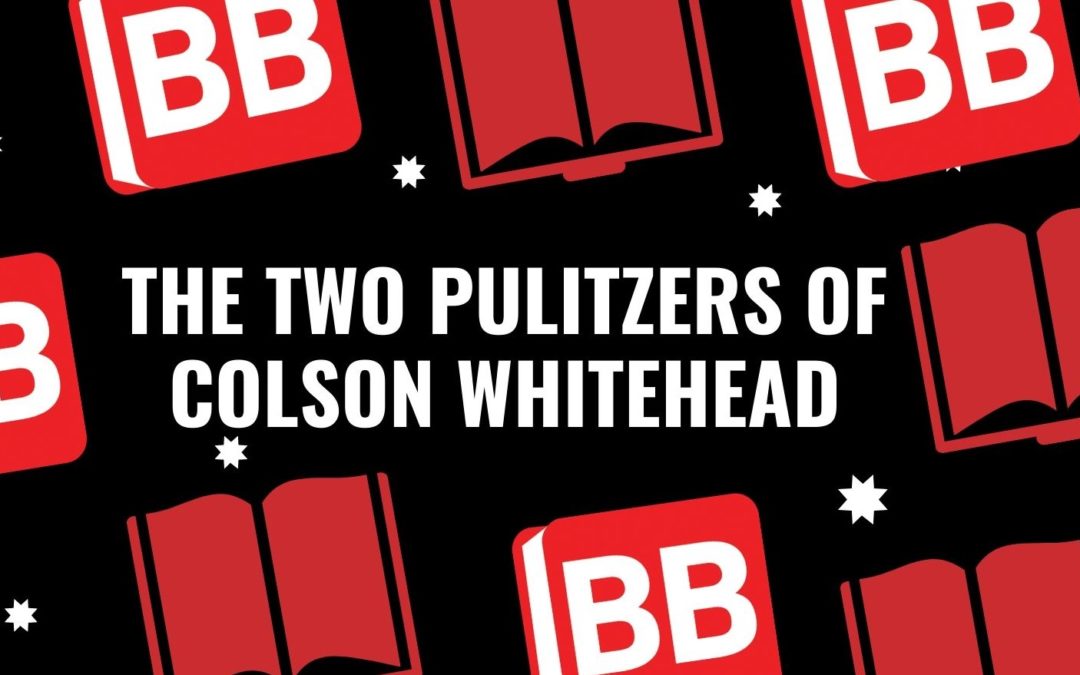 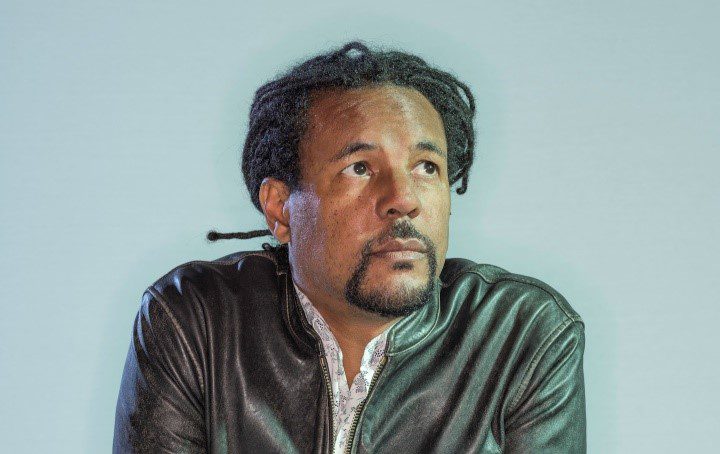 Colson Whitehead has been an active novelist since his debut, The Intuitionist, was released back in 1999 but it was not until The Underground Railroad in 2016 that he really set the world alight. The Underground Railroad won him a Pulitzer Prize and now, The Nickel Boys (2019) has won him another one! This is something that happens very seldom indeed. The only other writers to have won two prizes for fiction are Booth Tarkington, John Updike and William Faulkner, extremely rarefied company.

In this blog, we’ll be having a quick look at the Whitehead himself, as well as some of his most notable books.

Whitehead hails from New York City, and he grew up as one of four children in Manhattan. He began writing professionally by contributing pieces to The Village Voice after graduating from Harvard and has gone on to produce seven novels and two books of non-fiction along with a smattering of essays and short stories. He has taught at several universities across the US.

His works, though typically varied in subject matter, often blend essential elements of American folklore, history and everyday life, while his two most recent novels are notable for their exploration of racial tension, abuse, dignity and perseverance. 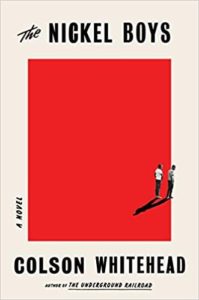 Whitehead dramatizes another troubling period of American history by taking a look at the lives of two boys in Jim Crow-era Florida who are sentenced to gruelling and abusive reform school.

Jim Crow refers to a series of legislations, enacted up until the 60’s, that legalised and enforced racial segregation in the South. The Nickel Boys takes place in the early 60’s, just as activists are beginning to make a dent.

Elwood Curtis takes the words of Dr. Martin Luther King to heart: He is “as good as anyone.” Abandoned by his parents, but kept on the straight and narrow by his grandmother, Elwood is about to enroll in the local black college. But for a black boy in the Jim Crow South of the early 1960s, one innocent mistake is enough to destroy the future. Elwood is sentenced to a juvenile reformatory called the Nickel Academy, whose mission statement says it provides “physical, intellectual and moral training” so the delinquent boys in their charge can become “honourable and honest men.”

In reality, the Nickel Academy is a grotesque chamber of horrors where the sadistic staff beats and sexually abuses the students, corrupt officials and locals steal food and supplies, and any boy who resists is likely to disappear “out back.” Stunned to find himself in such a vicious environment, Elwood tries to hold onto Dr. King’s ringing assertion “Throw us in jail and we will still love you.” His friend Turner thinks Elwood is worse than naive, that the world is crooked, and that the only way to survive is to scheme and avoid trouble.

The tension between Elwood’s ideals and Turner’s skepticism leads to a decision whose repercussions will echo down the decades. Formed in the crucible of the evils Jim Crow wrought, the boys’ fates will be determined by what they endured at the Nickel Academy. 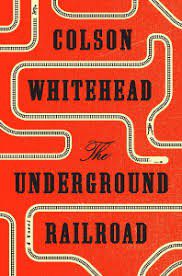 The Underground Railroad was a network of secret routes and safe houses set up in the mid-19th century in order to help African-American slaves escape into Canada and other free states. It was maintained by a number of abolitionists and those otherwise sympathetic to anti-slavery causes.
Whiteheads telling of this impactful story was nominated for Oprah’s book club. It charts the difficulties of pre-Civil War black life and follows one woman’s gruelling escape toward freedom.

Cora is a slave on a Georgia cotton plantation and, though life is hellish for all slaves, she enjoys no unity with her fellow Africans and is fast approaching an age of even greater danger as she enters womanhood. Unable to bear the cruel and monstrous life into which she was sold, Cora flees the plantation and is shuttled from state to state by The Underground Railroad

Against a horrific backdrop of skilfully recreated terrors, The Underground Railroad is a testament to one long act of ferocious persistence and a profound look at a shared history of pain, injustice and striving.

The judges awarded The Underground Railroad:

“For a smart melding of realism and allegory that combines the violence of slavery and the drama of escape in a myth that speaks to contemporary America.” 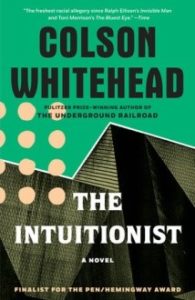 Whitehead’s debut is an original and ingenious tale that makes any reader immediately aware of his importance and talent. It’s a racial-allegory-cum-sleuth-novel that’s complex, compassionate and eminently readable.

The Department of Elevator Inspectors is at war: the Empiricists follow the rule book to the letter, while the Intuitionists are able to psychically detect any potential fault. Lila Mae belongs to the latter camp, and she just happens to be the city’s most accurate inspector… until, that is, an elevator on her watch plummets to its doom and all chaos is unleashed.

“The Intuitionist is the story of a love affair with the steel and stone, machinery and architecture of the city. It’s not a pretty love, but a working-class passion for the stench of humanity that its heroine, Lila Mae Watson, has made her own. But as always with love there is betrayal. This extraordinary novel is the first voice in a powerful chorus to come.”
–Walter Mosley 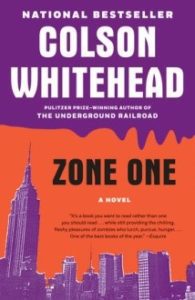 The world has been ravaged by a pandemic and Mark Spitz is part of a crew tasked with clearing Manhattan of whatever zombies remain, while he also deals with his own Post-Apocalyptic Stress Disorder and the fact that the world as he knows it is gone forever.

“Zone One is not the work of a serious novelist slumming it with some genre-novel cash-in, but rather a lovely piece of writing…Whitehead picks at our nervousness about order’s thin grip, suggesting just how flimsy the societal walls are that make possible our hopes and dreams and overly complicated coffee orders.” —Entertainment Weekly 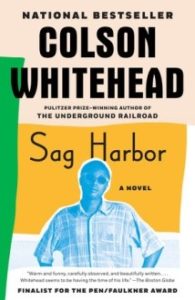 Here Whitehead mines the bottomless nostalgia of the 80’s for a beautifully drawn coming of age novel that really illuminates the quintessential longings and indignities of adolescence. It’s a tender and witty novel that shows Whitehead’s willingness to stray toward less inventive, but always authentic, premises.

“[J]ust as Benji is in the process of remaking himself, one gets the feeling after reading Sag Harbor that Whitehead is taking his first artistic steps away from what has come to be expected from ‘Colson Whitehead.’ And it’s safe to say, we’re happy, and very lucky, to have both the who he was and the who he’ll become out there, telling us like it is.” —The San Francisco Chronicle 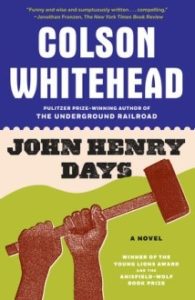 A hilarious, rich and vivid intersection of American folklore and American pop-culture, Whitehead’s second novel tells the tale of John Henry the legendary black steel-driver who died demonstrating that he could not be replaced by a machine.

“Does what writing should do; it refreshes our sense of the world. . . . An ambitious, finely chiseled work.” —John Updike, The New Yorker