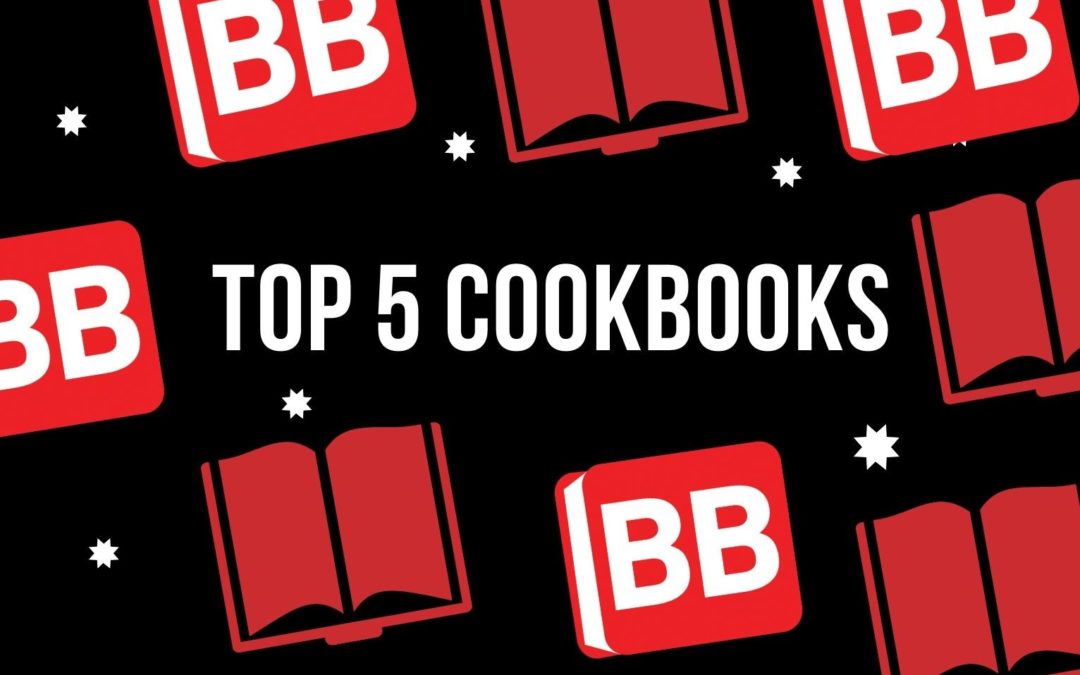 Now that we’re up and trading again after this long period of bookshoplessness, it turns out that cookbooks are being snapped up pretty eagerly. Whether this is because cookery proved to be a sustaining and fulfilling lockdown activity, or whether it’s because everybody got so sick of eating the same thing over and over again that they had to rush out for some new ideas, it’s a good thing either way. We can all agree, no doubt, that recipe books belong to a family of their own and that there is something in their heft, design and tantalising potential that invariably makes them an exciting purchase — heck, they even smell good (or maybe the photography is just that vivid). So, here are the cookbooks that are currently being most enthusiastically rehomed from shop shelf to kitchen. 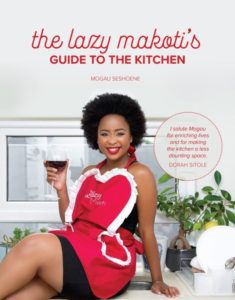 Seriously, who has time to fully unleash her domestic goddess? You do!

The Lazy Makoti’s Guide to the Kitchen specifically aims to take all the pressure and intimidation out of preparing a show-stopping meal and to bring all the fun back to being in the kitchen. If you’ve ever tried to cook along with an impossibly glamorous, impeccably sweat-less and infuriatingly calm TV or online chef, you’ll know why this is important!

With a focus on simple ingredients — the kind you’re likely to already have in stock — and specifically bearing in mind the many occasions for which the average South African might find themselves catering (whatever the circumstances, however demanding the company, and however fraught with foibles and requirements it might be), this is a must-have straightforward recipe book that eschews pretention in favour of comfort while remaining true to African cultures and traditions.

Within, you’ll find recipes that cover everything from breakfasts to massive Sunday lunches, hearty stews to charming desserts. 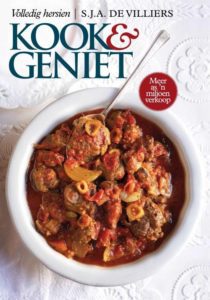 Kook en Geniet, as just about any South African with a kitchen will know, has been, and continues to be, a popular stalwart of South African Cookery. It’s been around for nearly seventy years now and its status is scarcely diminished. Though it incorporates more than seven hundred recipes, Kook en Geniet is more than just a recipe book: it’s a comprehensive self-contained crash course in all things culinary. It contains advice on everything from getting the most out of your oven and freezer to basic vegetable preparation and drink mixing.

It’s truly one of those titles that no household should be without, and the majority of its offerings have become firm SA favourites. It has a certain traditional bent that will especially appeal to those with classic inclinations but ultimately it contains something for everybody.

Though also available in English, it’s the original Afrikaans editions that remain most popular. 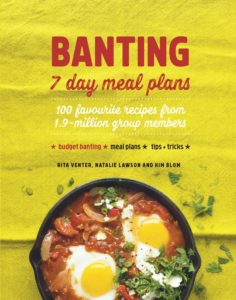 These days, fad diets crop up and flop off before we’ve even had a chance to figure out which of Gwyneth Paltrow’s peculiar suggestions to shove where, but the Banting diet/lifestyle is not one of those. This one has been around for a good few years now and remains a popular option for losing weight and improving overall well-being. Also, and perhaps most interestingly from a cooking point of view, it has been instrumental in introducing us all to numerous starch-non-reliant meal ideas.

This book, which has been selling well for a good couple of years now, presents us with the one hundred most popular Banting recipes, chosen by the many many followers of the lifestyle. All the chosen recipes are delicious and budget-friendly, promoting weight loss, regained energy and silenced cravings, and the books dedicatedly community-based approach ensures that there’s a wealth of experience and adaptation from which you can draw as you begin (or continue) to take greater charge of your diet.

Have a look inside the book and marvel at its preposterous beauty here: https://www.quivertreepublications.com/books/banting-7-day-meal-plans/ 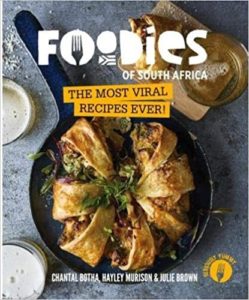 Foodies of South Africa by Hayley Murison, Julie A. Brown and Chantal Botha

Another cookbook very much based in community, Foodies of South Africa is a spectacular collection of popular recipes that collects the localest lekkerest meals and combos ever to hit the vlogosphere. With recipes like Pap in a Pumpkin, Cheesy Braai Bombs, A-maize-ing Chakalaka Dippers, Croque Meneer and Steri Stumpie Hot Chocolate, this cookbook houses a wealth of uniquely South African treats. With several hundreds of thousands of followers on Facebook, including a few local celebrities like Lorna Maseko and Dineo Ranaka, Foodies of South Africa is now well established as a significant influence on food and local cooking.

To the team from Foodies of SA, food is much more than just food. It is also an intimate and intricate part of one’s life story; it is belonging, heritage, culture and connection.

The recipes herein are an eclectic bunch, but they are always fun and tasty, accessible and ideally shared with good company. 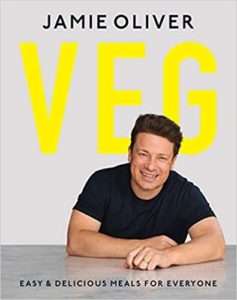 Super-food-star Jamie Oliver is back with a new book of recipes specifically dedicated to the marvellous legume. It’s all about vibrant, fabulous meals that are easy to make and meat-free — a must have for the adventurous and versatile cook. Jamie’s Veg includes a host of exciting and versatile vegetarian dishes, celebrating every season of fresh produce and proving that dishes don’t have to be meaty to be vibrant, fun and delicious. It’s perfectly suited to every skill level and accessible to everyone – so you can go and try some new flavour combinations right away.

Check out this link for more about the book, and for some of the terrific recipes featured within: 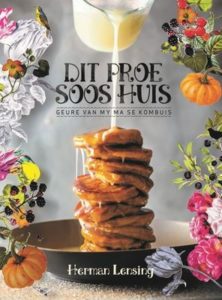 Dit Proe Soos Huis is a charming and bountiful adventure through food land. In it Sarie food editor Herman Lensing honours his mother with a delicious compilation of recipes and nostalgic stories that demonstrate the part that food plays in fostering bonds and sharing memories. If you believe that the kitchen is the heart of the house, and if you fancy a nostalgic trip into flavour and family, this book is for you.

Click on the link for a recipe from the book:

Happy Reading and, of course, Cooking!