Now that you can safely return to our stores and get those armfuls of new books that you’ve been hankering after, you might find yourselves wondering just what you’ll choose when you get there. Well, here are eight of the most gripping, thrilling titles that you’ll want to think about adding to your stack. They’re all recent, notable titles that you’ll easily find on your next visit. 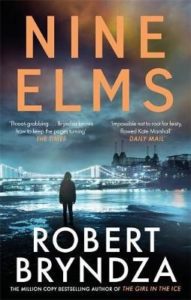 A dark and twisty page-turner that instantly grabs and never lets go, Nine Elms is the first in a series of thrillers that’ll have you hooked from the get go. If you love a good serial-killer thriller, this is one you can’t miss: nothing is quite as a gripping as a detective fighting her nemesis for redemption and survival.

Kate Marshall was an up-and-coming rookie when she put an end to the diabolical career of the infamous Nine Elms serial killer. But the case also put an end to her own career as a detective, costing her dearly in ways that didn’t all surface at once. Fifteen years later, the now civilian Marshall is approached by the parents of a missing girl begging for her help. An investigation, conducted with the aid of her gifted research assistant, reveals that a copycat killer has emerged, determined to complete the work of his gruesome idol, and Kate is soon forced to dust off her long dormant detective skills. Kate was intended as the fifth victim of the original killer, so stopping this nefarious new protégé isn’t merely a matter of justice; it’s a matter of survival. 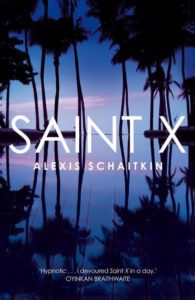 This is a many-layered debut that presents initially as a simple murder mystery, a “what-really-happened-to” tale that has all the elements of an intriguing disappearance: a beautiful young woman, a gorgeous setting, a cast of characters intent on learning the truth. But it’s a great deal more than that. Saint X is an important work of social commentary that manages to explore white-privilege, presumed innocence and guilt, grief and the infinitesimal shockwaves of everything that makes a tragedy — all while keeping you tethered to its central event.

On the final night of a family vacation on a Caribbean island resort, 18 year old Alison disappears. When her body is found a few days later, suspicion immediately falls on two local men, who also happen to work at the resort. However, there’s scant evidence and the pair are allowed to go free, leaving the family with an unsolved mystery and insurmountable grief to return home with.

Claire was just seven when her sister died. She never really knew her as a person, much less what happened to her, and that mystery has gnawed at her ever since. When, by chance, she encounters Clive Richardson – one of the men accused of murdering Alison – in New York, Claire is gripped by the need to pursue the one chance she has at uncovering the truth. What she discovers, just like the events surrounding her sister’s death, will have rippling consequences, and will reveal truths like none she has ever known. 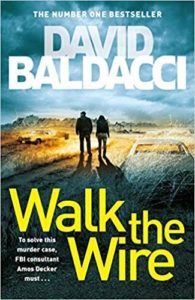 Good news for fans of Amos Dekker, AKA The Memory Man, here’s another unerringly skilful fast-paced investigation to satiate your hunger for the unique hero’s skills.

A lone hunter discovers the remains of a woman in North Dakota’s Badlands. She appears to have had a post-mortem performed on her reminiscent of those only seen on TV shows – but this time, there was no slab, morgue or camera in sight.

The reason why Irene Cramer’s death merits an FBI investigation becomes rapidly clear when key questions surface about her mysterious past. Little is known about this school teacher, where she came from or her true identity. She clearly had something to hide.

FBI investigator, Amos Decker and his colleague, Alex Jamison, are summoned to seek answers in the local community of London, North Dakota, which sits at the very heart of the fracking industry. Enriched with oil money, jealousy and a deep-set rivalry lie beneath a veneer of glitz and opulence.

Decker soon realizes that the nearby ‘eye in the sky’, the Air Force Station, may hold the vital clues and that this town holds secrets so explosive that they could destabilize the entire country … 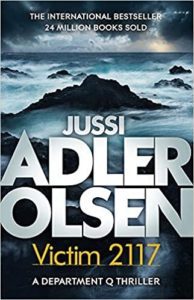 If you’re already a fan of the Department Q series you’ll be thrilled to learn that this is your chance to uncover the origins of one of the department’s most mysterious operatives: Assad.

And if you aren’t, you ought to know that Adler-Olsen, one of Nordic crime’s leading masters, delivers his adrenaline soaked cold-cases with a sharply refined set of thriller-skills… along with enough humour to keep you going through the darkness, and enough social conscience to keep them relevant.

Victim 2117 – so called because they are the 2117th refugee to perish in the Mediterranean Sea – to most people is little more than a number. But there are three very different people for whom this death means very different things… all of which have the potential to be disastrous. For one of these people, Victim 2117 means the instigation of a terrorist plot that has been brewing for years. For another, Victim 2117 is at last an invitation to murderously release years of pent up resentment. And for one of them, one of Department Q’s own, Victim 2117 is the resurfacing of a family past long dead. But how can a nameless body reveal so much about the past while also holding so much fatal sway over the future? 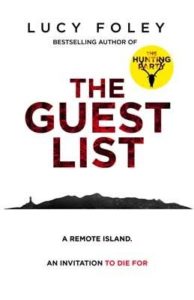 Here we have a properly clever classic murder-mystery that has drawn numerous comparisons to Agatha Christie and doesn’t skimp on the contemporary thrills or the fun either. Addictively creepy, skilfully characterised and fabulously entertaining, The Guest List is a real curl-up-with-a-good-book page-turner.

A prestigious wedding held on a remote island in the Irish Sea. A reunion of old friends. A gathering of happy families. A celebration to remember. What could go wrong?

Every single one of the wedding’s thirteen guests is hiding something. They’re all harbouring grudges. They’re all smiling through concealed jealousy. Each and every one of them has a motive. The ceremony is barely concluded before one of the guests is discovered dead and with a massive storm coming in fast, obscuring any chance of escape, who can be sure that there will only be one victim? 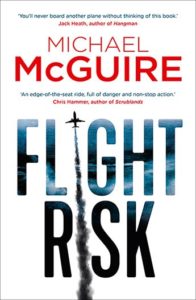 There’s certainly no shortage of thrills to choose from at the moment, and if you like yours to take their cues from real-world events and extensive research, then Flight Risk is one that you won’t want to miss.

For this explosive and action-packed aviation thriller, Michael McGuire draws from recent airline mysteries to craft a non-stop page-turner rooted in global hysteria and believable conspiracies.

Former pilot turned terror-incident investigator Ted Anderson is called to Jakarta to investigate a flight that complete vanished somewhere of the coast of Australia. He realises something is up when he discovers a flight simulator in the pilot’s apartment. The investigation quickly goes horribly pear-shaped and Anderson retreats to New York.

Then two more planes disappear. With three planes having now vanished and hundreds of passengers missing, the world has become hysterical and air travel is on the brink of collapse. When Anderson spots, through astute observation, what he believes will be the next plane to go down he immediately realises that the only way to figure out what is really going on and solve this terrifying mystery once and for all is to board the flight.

The Burning Men by Will Shindler 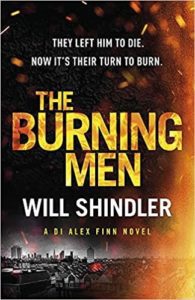 The first in a brand new series for fans of authors like Peter Robinson, Peter James and Mark Billingham, this incendiary new detective thriller installs fire as its primary antagonist. Greed and treachery, a powerful punch and a satisfying, harrowing case to unravel…

When a development in South London catches fire mid-construction, a close-knit team of fire fighters runs in to save a man spotted at the window

They come out without a body. They quit the service. They plan never to speak to each other again.

Five years later one of them is set alight at his own wedding. Soon after, a second is found, nothing but a smoking corpse. It appears that someone knows what they did that night. What they chose over their duty. And there are still three men left to burn . . .

House on Fire by Joseph Finder 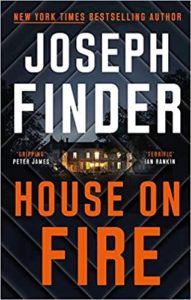 The opiate trade, lethal corporations and pharmaceutical conspiracies take the lead in this twisty and riveting spy thriller. It’s another compelling read that hinges on some of the world’s most pressing crises and ongoing sins.

Private spy Nick Heller has built his trade exposing the secrets of the powerful and the privileged… and it’s at the funeral of an old army friend of his, a former opiate addict, that he is presented with his most dangerous job yet. He is approached by a member of the Kimball family — owners of a vast and inordinately influential pharmaceutical empire — who claims that the company made the bulk of its fortune off a drug they knew was fatally addictive. It’s a case Heller cannot turn down. But nothing in his career has prepared him for the layered and deadly intrigue that awaits him behind the corporate polish of the Kimball family, whose most recent shadowy dealings are just the beginning in a long string of nefarious secrets.