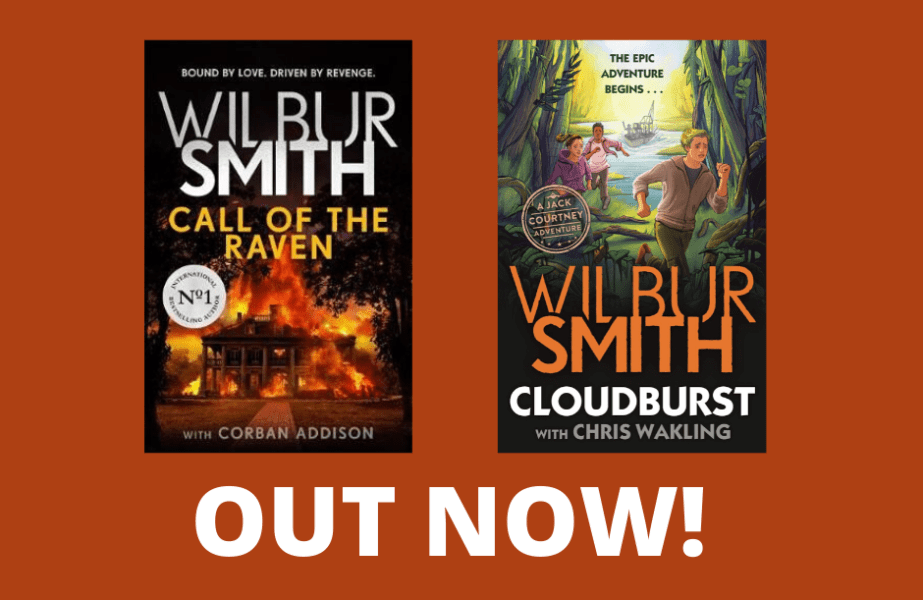 This week sees the release of two new titles from beloved master of adventure Wilbur Smith. One of them is part of the Ballantyne series, and one is the first in a brand new series for readers of 9 years plus… and both are available at Bargain Books at marked down prices. 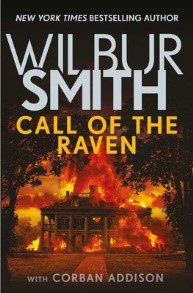 The Call of the Raven by Wilbur Smith With Corban Addison

Set against the backdrop of slavery in America, Call of the Raven is a thrilling quest for revenge that provides that substantial dose of historical detail for which Smith is rightly known, along with his profound love of Africa, as it traverses several moral grey areas and combines a love story with a far darker narrative. Also, his writing partner, Corban Addison, is a celebrated novelist in his own right (see, particularly, The Garden of Burning Sand) so you know that an awful lot of mastery has gone into this novel.

Augustus Mungo St John is the son of a wealthy southern plantation owner. Sheltered by his doting mother, and by the many luxuries and distractions that his station entails, his has been a relatively carefree life. All of that changes, however, when he returns from his years at university to find his family in ruins, his inheritance stolen and his once cushy life devastated beyond recognition. Worst, and most hauntingly, of all, his childhood sweetheart, Camilla, has been taken away. The purveyor of this desolation is one Chester Marion, a scheming brute who Mungo now furiously devotes his life to destroying.

Without the resources to which he is accustomed, however, Mungo will have to carve an entirely new fate for himself and regain his power in the world through whatever means necessary. Such a vengeful and passionate quest can only take a heavy toll on one so unused to hardship.

Though this new novel is considerably action-packed, and certainly not low on thrills, much of its heft is derived from the history it contains. Call of the Raven takes us through the personal, economic and historical impacts of the slave trade, explores abolition and examines the nature of villainy, heroism and interclass love in an environment ruled by money and entrenched power. It’s a thoroughly entertaining read. 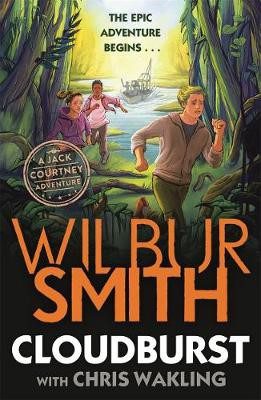 An action-packed adventure for younger readers with major themes surrounding friends, family and conservation, this is the first Jack Courtney book and is ideal for readers of nine years old and up.

Jack Courtney is a city-boy through and through. He has lived his whole life in London, but when his parents are invited to an environmental conference in the Democratic Republic of Congo, the chance for a truly amazing summer suddenly presents itself. His parents have agreed that he and his friends, Amelia and Xander, can come along. Safari holiday!

Tragically, it isn’t long before their holiday of a lifetime takes a nightmarish turn. The DRC is a notoriously dangerous country:  heavy traffic, deadly wildlife, poachers, mercenaries and now kidnappers must be contended with. Following a massive accident, the kids return to their hotel to find Jack’s parents missing, replaced by a ransom note. The clock is ticking and Jack and his friends will stop at nothing to find his parents, pitting themselves against a hostile new country and all the challenges it presents.

Cloudburst is tightly plotted and brimming with vivid wildlife detail and relentless adventure. Jack is a super central character who embodies boldness and ingenuity while his friend Amelia is wise and unfailingly knowledgeable, making for a great team that testifies to the resilience and determination of young people everywhere. And it’s not without its emotional impact either. Throughout this informative and unputdownable adventure, great attention is given to the plight of the DRC, its people and its nature, and to the importance of family and friends when dealing with any kind of adversity. It’s a brilliant new series that’s got something for kids of all persuasions.

Download this great teacher resource activity pack. It is suitable for ages 9–11, includes extracts from the text + corresponding discussion questions and activities and looks at themes of conservation, adventure writing, teamwork and betrayal.