As you all will have gathered by now, there’s a massive amount of new and brilliant fiction to choose from as far as Christmas gifts go this year. But it’s always handy to have some recommendations from which to specifically pick the best for the fiction-lovers in your life. The following five titles combine big names and big enjoyment… basically, you’re bound to know somebody who would love to unwrap at least one of these this festive season. Have a look:

Cecelia Ahern’s romantic fiction is most famous for being concerned with leaving a loving legacy in the face of awful tragedy. Postscript is the sequel to Ahern’s spectacularly popular P.S. I Love You… and, just like its predecessor, it is quite the tearjerker – a novel that never shies from the truth that grief and love are deeply intertwined.

It’s one of those universal and enduringly difficult struggles: moving on when you’ve lost somebody you love, but also remaining faithful to their memory and the part that they played in your life. But there is something life-affirming and ultimately beautiful about overcoming this transition – a transition that forces new perspectives on friendship, grief, identity and the importance of living life. These are just some of the themes that Postscript is built around.

It’s been seven years since Holly’s husband died, leaving behind, as we know, a letter urging her to move on and to make a new life for herself. And this she has done. It’s not been easy but she’s rightfully proud of the progress she has made, how much she has grown, how full her new life is. But things begin to change as she is drawn back into the past. A group called the P.S. I Love You Club, inspired by the letters of Holly’s deceased husband, contacts her asking her for help. The members of this club are all looking to leave something meaningful behind for the people they love and they think that Holly is the person to help them do it. Holly is reluctant to begin with, but soon she embarks on a journey with these people that will leave her questioning the nature of undying love and feeling uncertain about the future. 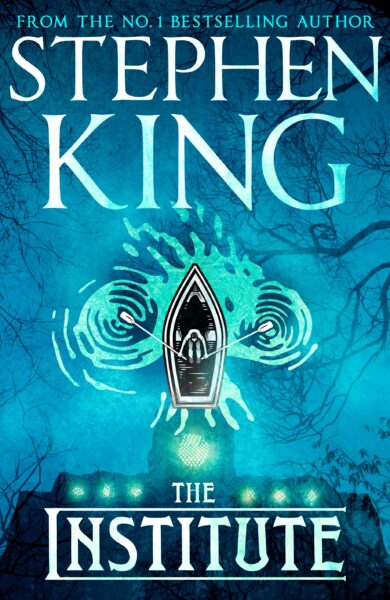 The Institute by Stephen King

A group of kids battle and evil entity. It’s a familiar premise, right? And that’s fair enough, to be sure, because it is one that has spawned a host of terrific literature and entertainment (in the last few years alone). And what name is more synonymous with this idea than Stephen King? That being said, King is synonymous with some other things too. Gut-wrenching drama, relentless invention… and the sobering fact that, actually, the good guys don’t always win. And the enemy in this case is complex and terrifying.

The Institute pits a group of especially gifted children against an achingly cruel establishment and its remorseless staff – a despicable place of evil which, unlike other places for gifted children, seeks not to mentor them but to exploit them and extract from them their unique power.

Luke Ellis is snatched from his home in the middle of the night via a coordinated intrusion that deftly dispatches his parents and plunges him into an unthinkable situation. When he awakes, he finds himself in a room that is familiar, but utterly, horrifically foreign. And he isn’t the only one. Beyond this room there are more rooms, more stolen children… and more malice than any of them should have to face.

You know what you are getting with this one: strong and affecting characterisation, relentless and compelling malignance and, of course, more thrills than you can shake a stick at. The entertainment just keeps coming. However, it will also appeal to conspiracy theorists as the evil within comes not from another world or from beyond the grave, it comes from a place that is all too recognisable.

Horror fans, YA enthusiasts and anyone with a taste for the macabre and the suspenseful with have a gripping time with The Institute. 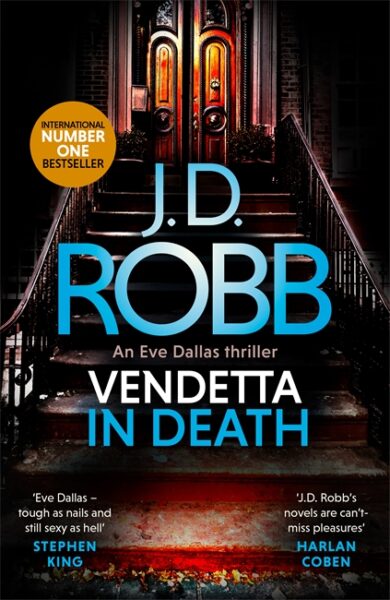 The newest novel from veteran author JD Robb (that is, Nora Roberts), is a police procedural, serial killer thrill ride that combines two of the elements that pretty much guarantee a cracking read: a relevant topic and a compelling villain.

Probably it doesn’t happen all that often but, occasionally, there comes along a fictional serial killer that we can really get behind. And that is the case here. In a near-future version of New York City, a vicious and very much un-ignorable murderer is doling out a particular brand of justice. “Lady Justice” is brutal in her retribution, and her targets should take heed: she’s coming for the sexual predators, the abusers and manipulators who use their positions and their power to lure in and silence their victims.

The first is Nigel McEnroy – a wealthy man who has managed until now to keep the extent of his sadism mostly unseen. After discovering his disfigured body, detective Eve Dallas soon realises the sort of perpetrator she is dealing with. The vigilante has not been shy. But the length of McEnroy’s list of victims means that suspects abound, and the fact that his sort of evil perversion affects others daily means that the killer is not at all short of men who deserve a similar fate.

Vendetta in Death is number 49 (!) in the In Death series, and it really never fails to deliver the goods.

The Night Fire by Michael Connolly

Another one for the thriller fans. Michael Connolly has achieved great things and brought us so many memorable cases through his chief protagonist Harry Bosch. And in this case, we are treated to a tantalising glimpse into his earlier days… With the help of his formidable teammate Renee Ballard.

Bosch is mostly retired now and grappling with the manifold issues that plague old age. But unsolved mysteries don’t stop cropping up just because you’re supposed to be resting, and Bosch is hardly the sort of man to just ignore them. When he is approached by the widow of his cherished former mentor, John Thompson, after the man’s funeral, Bosch knows that he’s going to need Ballard’s help. The widow gives him the murder book for a case that has gone unsolved for more than twenty years: the case of a young man killed in an alley way.

The further Ballard and Bosch get into the case, the more questions arise. It appears that Thompson never even worked on the case, and soon Bosch is forced to wonder whether the case was in Thompson’s possession because he wished to further examine it during his leisure years… or because he meant for it to remain unsolved.

As is typical for Connolly, Night Fire incorporates the very best elements of a masterful police procedural: a tricky case made muddier by suspicious internal involvement, a compelling character dynamic and proper hard-nosed detective work.

There’s a reason that the newest Alex Cross novel inevitably sends readers scrambling for the bookshop: they’re a lot of fun! It’s the 27th novel to feature FBI consultant and maverick psychologist Alex Cross, and this one is built around one of the most classically riveting crime propositions.

Fearsome convicted serial rapist and killer Michael Edgerton has been given the death penalty for his crimes. His execution has just been carried out when… another victim shows up. The murder fits Edgerton’s MO, but Cross himself witnessed the execution. He helped bring the killer to justice. He thought that he could move on. And now he has to face the inevitably torturous question: did they actually get the wrong man, or is there a copycat out there every bit as terrifying as the original? It’s a gruelling and painful situation, but Cross is determined to finally lay this case to rest.

Criss Cross, like so many of Patterson’s books, is riddled with fast-paced action and quick-fire thrills.