A Dozen Upcoming Originals: Releases to Watch out for Early this Year, Part One 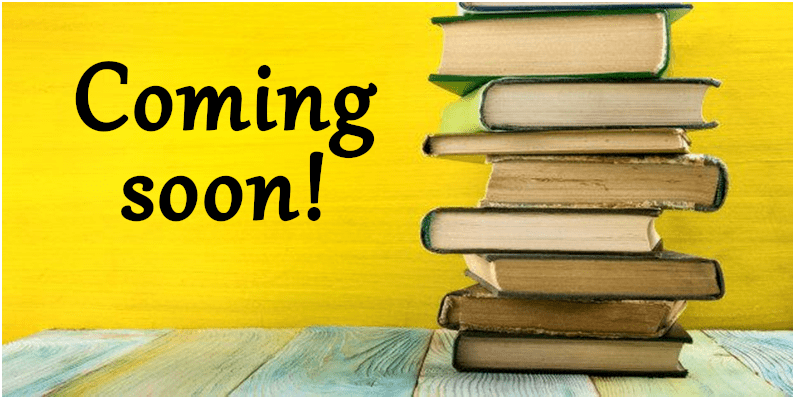 Everybody, I have a New Year’s resolution for you – it’s not too late is it? Here’s what it is: keep a proper, organised and dutiful list of the exciting books you come across. I suggest this simply because it is something that I so often forget to do. You see a new title and think to yourself, “that sounds brilliant, I should really keep an eye out for that”. But then you forget about it. It’s a shame because often these are books that don’t get the sort of hype and attention that the giants of the book world tend to hog. Therefore, I have assembled a little watchlist of excellent books that are coming out early this year. Be sure to make a note of the ones you fancy! Do also please be aware that there tends to be a gap of a few weeks between when the book is officially released and when it becomes available in SA. I’ve included a rough indication of when you’ll be able to nab each one, but if you want a more specific date, be sure to contact your nearest Bargain Books branch so that you can reserve yourself a copy and get a bit more info on when you can expect it. I hope you are as eager to read these as we are.

Also, keep an eye out for the next six titles, which will appear in Part Two of this blog.

Here are the books: 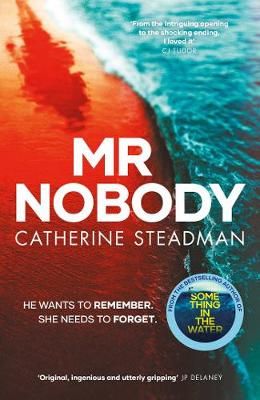 Catherine Steadman released her elegant and enthralling debut novel, Something in the Water, back in 2018 and it quickly became a bestseller. This January, she is back with a new novel that promises to be even better. Praised for its ingenious plotting, immediate action, sympathetic characters and gripping suspense, Mr Nobody  promises to be one of this year’s stand-out psychological thrillers.

A man is found clinging to consciousness on a British beach. He is unable to speak and there is no way of identifying him. International medical experts are flummoxed and fascinated by his case and the media are desperate to know more about Mr. Nobody. One of the experts drawn into the baffling mystery is Dr Emma Lewis, a neuropsychiatrist hoping to make a name for herself in the field. Tasked with assessing the mystery man, Dr. Lewis returns to the town she has tried so hard to get away from, drawn anxiously back into the past she has taken such pains to cover up. But the more time she spends with her new patient, the more she becomes aware that this unknown man, somehow, knows the one thing about her that nobody is supposed to know.

A fast-paced and highly intelligent thriller that begins with a bang and twists brilliantly toward a tense and enthralling climax. 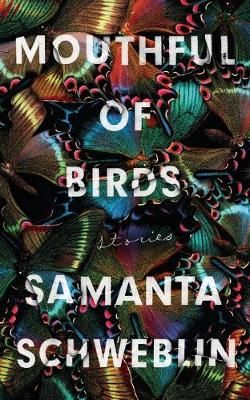 Samanta Schweblin’s first release in English, Fever Dream, became something of a sensation owing to its surreal and vivid blend of gothic menace and electric reality. Her newest release, a collection of short stories (please don’t ignore it just because it’s not a novel!), confirms the uncanny clout of her talent and the visionary scope of her imagination. Soaked in unsettling atmosphere, loaded with unanswerable questions and persistent in their clever erosion of our familiar world, these are the kinds of story that leech deep into one’s mind and remain there for some time. And just look at that cover! …How could you not?

Featuring a jilted and vengeful bride, a murderer’s conscience undone by guilt, a man stranded in the middle of nowhere, attempts to reverse a pregnancy, the utter strangeness of families, children that become butterflies and a crime that’s somehow transmogrified into an objet d’art, these stories are a glorious creep-fest.

Blurred depictions of reality and unreality that blend and warp with haunting and ingenious verve. A compilation of profound talent. 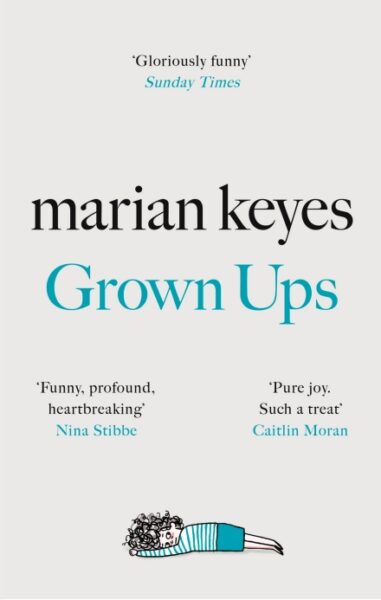 Marian Keyes is among the writers of comic contemporary fiction most highly regarded across the world. Know why? Not only is she darned funny, she also has a real knack for writing about modern life and modern women – weaving top quality comedy from the ordinary stuff of life, while remaining true to serious matters, completely candid and really quite wise. Her books are witty, intelligent and hard to put down… and there’s no reason that this new one shouldn’t be up there with her best (there are fourteen of them, in case you were wondering.)

Just about every adult wonders from time to time, “when am I supposed to actually grow up?” Many of us are still wondering. But often, it takes a proper calamity to make it actually happen. On the face of it, the Caseys are a happy, well-off, actually pretty glamorous family. The three Casey brothers Johnny, Ed and Liam, their three gorgeous and talented wives and all their children get on like a house on fire, regularly celebrating together, taking trips and throwing parties. But there are troubles beneath the glossy veneer, and the relationships that make up this exceptional family are not quite as they seem. When Ed’s wife Clara suffers a concussion and loses control of her tongue, the family’s many secrets bumble out into the open and everything quickly (and hilariously) deteriorates. The direst social catastrophes so often begin with a slip of the tongue… 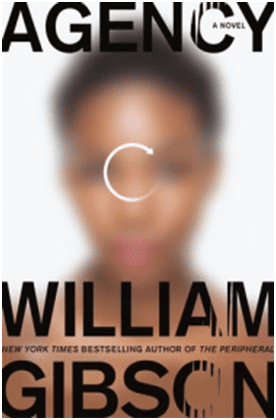 Gibson has long been one of fiction’s greatest and most mysterious sages. Way back in the 80s he was already (correctly) predicting a world overrun by the internet and viral ads and reality television and data trafficking. He’s best known for his works of science fiction, but many of his novels bubble over into thriller territory, often depicting desperate characters at odds with ever-evolving technology. His influence reaches far into, and beyond, the worlds of film and literature. His newest novel is a speculative one… and one which will no doubt see his visionary reputation as sparkly as it ever was.

This is the world and its future reimagined. A world where Hilary Clinton was elected instead of Trump, Brexit never happened… and where a PR fixer is tasked with travelling back in time from a post-apocalyptic London one hundred years ahead of today, because it seems that something very bad is about to happen in an alternate past. Meanwhile, in the present, so-called “app-whisperer”, Verity Jane, is evaluating a new pair of glasses that doubles as a digital assistant called Eunice. But Eunice is far smarter, and quite a bit more paranoid, than actual humans, and she knows what looms on the horizon. With her calculating power, and with the help of a time-travelling spin doctor, they might just be able to prevent a whole new kind of devastation from engulfing the world. 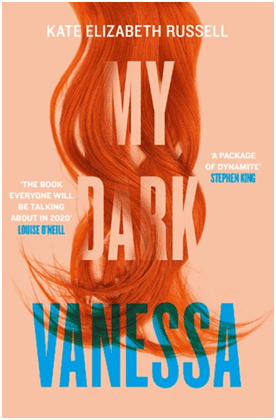 Here’s a debut that seems destined to get people talking… to set hearts racing and minds reeling. As a work of psychological fiction My Dark Vanessa promises to pack a powerful punch, and as a novel that penetrates and interrogates some of our era’s most complex, uncomfortable and disturbing issues it promises to be no less impactful. Grappling with consent and complicity, manipulation, discovery and abuse, this is not about to be an easy read, but neither will it be one easy to put down. It’s already received endorsements from such masters as Gillian Flynn and Stephen King.

Ambitious, precocious student Vanessa Wye is just fifteen when her affair with Jacob Strane, her charismatic and serpentine English teacher, begins. Seventeen years later, the world is ablaze with long-dormant allegations against powerful men. Victims are at last coming forward. Strane is among those accused of sexual abuse – and another former student is the one calling him out. But Vanessa is devastated by the news. After all, what she and Strane shared was love, wasn’t it? She is certain that her participation was willing, and that she was forever transformed by her first love, nonetheless she is forced to confront the idea that the man she knew was not as her memory tells her he was. A haunting and deeply thought-provoking evocation of memory and trauma, My Dark Vanessa is as reflective of our shifting society as it is thoroughly compelling.

Intimate, intense and all-consuming. You really will want to be among the first to read it. 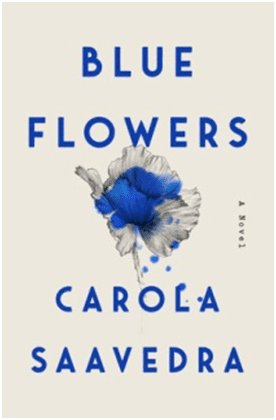 In the wake of his divorce and relocation, Marcos no longer feels a part of things. Alienated from his ex-wife, his ties to his daughter – and to society in general – seem troublingly fragile. Life has become a fraudulent, lustreless thing. But then he starts to get letters from a woman who obviously believes that she is writing to somebody else – an anonymous but fraught and clearly heartbroken woman whose impassioned letters cast a hypnotic spell and awaken something in him. Marcos is glad to feel again. But it’s not long before it isn’t enough. Driven by the bold outpourings of this damaged correspondent, he becomes determined to learn her identity.

Titillating, disturbing and quick. A work of bold and pure feeling wrapped in meditations on longing, distance and obsession.