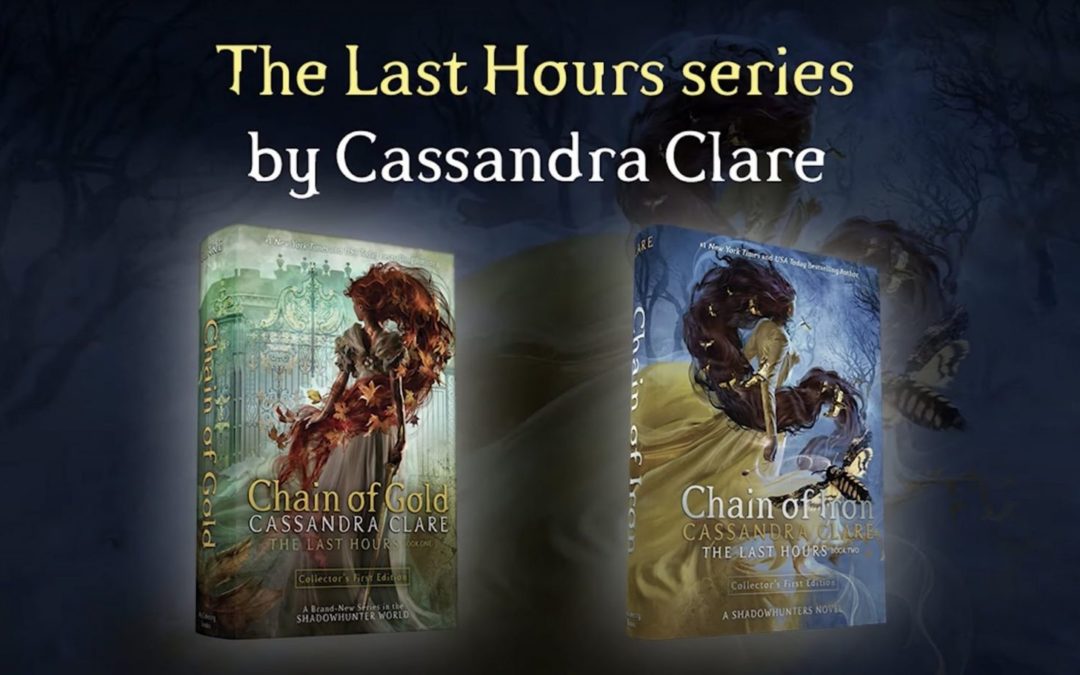 Cassandra Clare has been fantasy writing royalty ever since The Mortal Instruments kicked off the Shadowhunters series with its combination of coming-of-age crises, stylish horror and boundless magic. Werewolves, fairies, angels, demons, vampires, and kickass heroines… Clare brings it all time and time again. And now, with the recent release of Chain of Iron, we are two books into the newest sequence to take part in the Shadowhunters world. 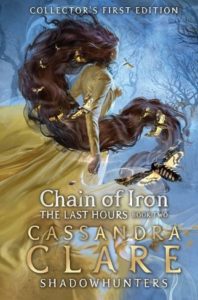 The Shadowhunters of Edwardian London are being systematically stalked and murdered by an unseen assailant. And yet, life seems at last to be going in the right direction for Cordelia Carstairs. Engaged to marry James Herondale, the boy she has loved since she was a young girl, the life she wants seems to be within reach at last. She is also about to be reunited with her father and has laid claim to the legendary sword, Cortana.

But things are not as they seem. In fact, James is in love with Grace Blackthorne (whose mysterious past will soon prove dangerous) and his engagement to Cordelia is a complete and convenient sham. On top of this, Cordelia is unable to touch Cortana without being burned. And all this as a serial murderer approaches through the dark.

Together with James and his companions, The Merry Thieves, Cordelia will have to push down all her woes in order to save the Shadowhunters… little does she know, however, that she isn’t the only one keeping things to herself. Her best friend Lucie secretly plans to raise a lost acquaintance from the dead, and James nightly is being lured farther into the nefarious web spun by his grandfather – the arch-demon Belial. Could it even be that James himself is the killer?

Refining and delivering all the romance, glamour and dark dark danger for which Clare is rightly beloved, Chain of Iron is a thrill from start to finish. Seriously, Edwardian London overrun by demons… yes please. 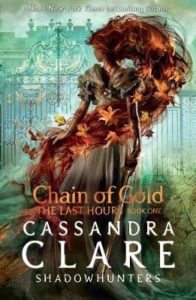 Cordelia Carstairs and her family have long engaged in a tireless battle with the demons that plague their world. But when her father is accused of a heinous crime, she and her brother travel to London in an attempt to save the family’s reputation. Quickly, Cordelia is shoved into a marriage plot. But she wants to be a hero and nothing else. Reunited, in a world of supernatural societies, magical allegiances and eternal enmities, with her old friends the Herondales, Cordelia quickly finds herself in a quandary: hiding her love for James Herondale while somehow escaping her arranged affiance.

When suddenly a vicious series of attacks by day-walking demons devastates London, Cordelia’s problems are put on hold. Crippling the city with an incurable poison and proving near-impossible to kill, the demons force London into a deadly quarantine. Cordelia and her friends must dig deep into their own legacies in order to unlock the power to save their people.