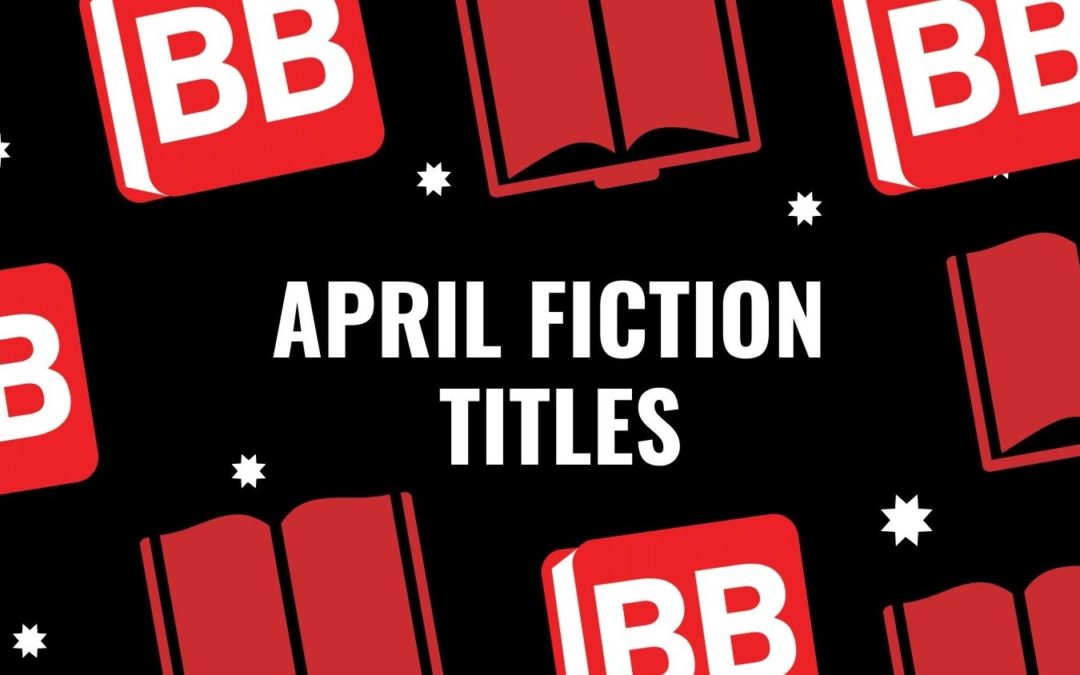 A Selection of 8 Titles of which to Make a Note

As we all know by now, release dates and availabilities are going to be a bit different for a little while. With that in mind, here are eight fiction titles that are due to be released this month, or have already been released. Make a note of the ones you fancy so that you can get hold of them whenever feasible. The Recovery of Rose Gold by Stephanie Wrobel

By sure to get yourself a copy of this deeply chilling and darkly riveting tale of twisted revenge as soon as is feasible.

In her brilliant debut novel, Wrobel serves up the most warped mother-daughter relationship conceivable, drawing on true stories to fully flesh out the disturbing tale.

Rose Gold Watts was incredibly sick for the first eighteen years of her life. Her existence was an ongoing trauma of surgeries, feeding tubes and medications. And all of it turned out to be unnecessary. Rose Gold’s mother, Patty, was actually just feeding on the attention, manipulating those around her and abusing her daughter in service of her own infirm psychology. With Rose Gold’s help, Patty was convicted and imprisoned for five years. But now she is out, and Rose Gold agrees that she can move in with her. Is it a gesture of reconciliation, or has Rose Gold just been biding her time all along? With the borders between acceptance, forgiveness, obsession and vengeance blurring wildly neither woman can be sure of the other’s motives… or of their next move. 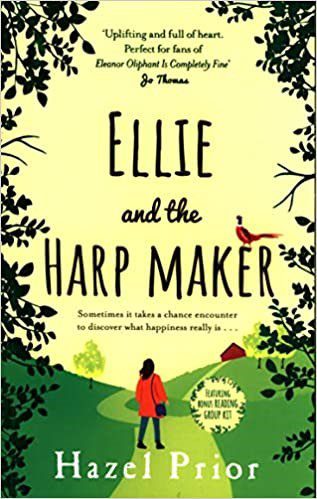 Ellie and The Harpmaker by Hazel Prior

In this quirky and light-hearted novel, Dan lives a quiet life. He doesn’t count talking to people as one of his strengths, in fact the whole thing makes him a bit anxious, and he’s also not great at the whole social cues thing. So he keeps to himself, doing the one thing that he really cares about: making harps. He’s more or less content in his barn in the rolling hills.

One day a lonely housewife named Ellie stumbles upon Dan and his workshop. Neither of them could say why, but this time conversation manages to happen relatively easily. Somehow Dan can tell that Ellie is sad and, in order to cheer her up, he presents her with a cherry wood harp. And with this gesture, there begins to grow a deep connection, the beginnings of a journey that takes them from simple kindness to friendship, difficult secrets and true love.

With pleasing comparisons to The Rosie Project and Where’d You Go Bernadette?, Ellie and the Harpmaker is a novel about small joys and beautiful developments. Heartwarming, full of hope and just unconventional enough to keep you hooked. 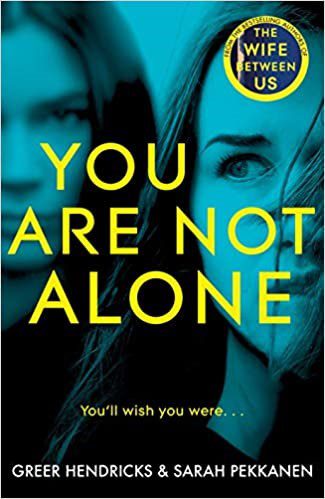 You Are Not Alone by Greer Hendricks and Sarah Pekkanen

The tantalising new novel from this bestselling duo hinges on all too familiar feeling. It’s easy to think you know the kind of life you want. You covet the glamourous and successful lives of those around you, wishing that you had that life. But the lives of others are rarely what they seem and beneath even the most impeccable veneer something sinister can lurk unseen.

Shay Miller is a person with such cravings. Work fulfilment is out of reach, her attempts to find love rarely get off the ground and she just doesn’t belong. Her life is one of isolation and want. She exists in statistics, obsessed with numbers and figures because they do not lie.

The Moore sisters are the exact opposite. Their inner circle is robust and their lives are glamourous. Most importantly, they always get what they want. Shay wants their life. But she doesn’t know the half of it.

This is a novel so laden with crafty wordplay and artful deception that it’s plot can scarcely be described without giving anything away. However, You Are Not Alone is infinitely intriguing, fast-paced and darkly thrilling. Twists and turns abound. This is a book to binge-read. 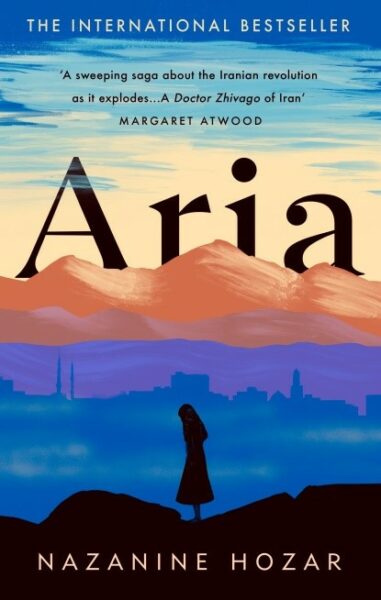 A beautiful work of historical fiction, this novel takes place in Iran from 1953 to 1981 – a period that culminates in revolution. While it works through some genuinely distressing political topics, it all revolves around an abandoned baby.

Aria is discovered in an alleyway by a driver named Behrouz. He adopts her and gives her her name, but he has no way of knowing just what an impact this little girl will have on him, or of the life that he is indirectly giving her.

In early life Aria looks for a mother among the three women whose care she has come to receive. Behrouz’s wife beats her, wealthy widow Fereshteh can offer safety but not love, and the third carries secrets that can destroy Aria’s life.

Leaving Tehran in search of a better future, Aria falls in love and gets stuck on the wrong side of a revolution, indirectly finding herself caught in the uprising that will change her homeland and it’s people forever.

Heartbreaking and revealingly multicultural, Aria offers an intriguing glimpse into a history with which many of us will be unfamiliar, while also dishing up an intimate, character-driven tale of destiny. 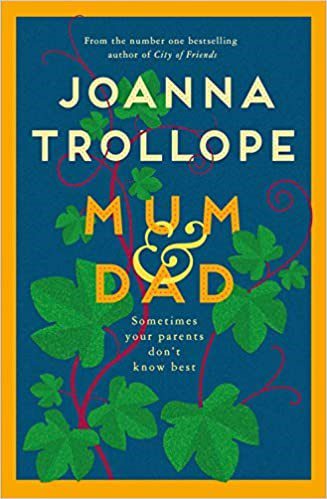 By this point, Trollope’s deep compassion for her characters and the intelligence of her writing are well-known by many. Both of these qualities are on good display in her newest novel, a three-generation epic that goes right to the heart of the issues and experiences faced by the modern family.

It’s been 25 years since Gus and Monica left England to start a new life in Spain, building a vineyard and wine business from the ground up. However, when Gus suffers a stroke and their idyllic Mediterranean life is thrown into upheaval, it’s left to their three grown-up children in London to step in . . . Sebastian is busy running his company with his wife, Anna, who’s never quite seen eye-to-eye with her mother-in-law. Katie, a successful solicitor in the city, is distracted by the problems with her long-term partner, Nic, and the secretive lives of their three daughters. And Jake, ever the easy-going optimist, is determined to convince his new wife, Bella, that moving to Spain with their 18-month-old would be a good idea. As the children descend on the vineyard, it becomes clear that each has their own idea of how best to handle their mum and dad, as well as the family business. But as long-simmering resentments rise to the surface and tensions reach breaking point, can the family ties prove strong enough to keep them together?

This is a Holocaust novel which, like the best of the genre, manages to be both tender and horrifying all at the same time. While it is set against the backdrop of an impossibly dangerous WWII Poland, it is also the moving story of a mother and her musical prodigy daughter – who must find ways to communicate and nurture their gifts in a time when being silent is the only way to survive.

After her husband is brutally shot by Nazi officers, Roz manages to make a knife-edge escape with her five-year-old daughter, Shira. Begging shelter from a nearby neighbour, the pair hide themselves in a hayloft and wait. Terrified and forced to remain as quiet as they can, Roz soothes Shira – who has a hard time smothering the music that naturally flows from her – by telling her the story of girl in an enchanted garden. The girl in the garden, like Shira, cannot make a sound, but the yellow bird can sing on her behalf, crafting song from the girl’s thoughts and feelings. But there comes a day when their sanctuary is no longer safe and the story is forced to change in a devastating way and an impossible choice must be made.

Drawing on the true stories of hidden Jewish children, The Yellow Bird Sings is a testament to the power of storytelling, and the power of the mother-daughter bond, in even the most trying and heartless times.

You Let Me In by Camilla Bruce

A superb debut mystery that combines the sinister atmosphere of a domestic psychological thriller with something entirely otherworldly, You Let Me In is an unexpected and stunning mix of genres written as a fictional memoir. Expect weirdness, compelling puzzles and powerful scares.

Successful, famously reclusive novelist (and known murderer) Cassandra Tipp is dead. But there is no body. And no real case. The only things that she left behind are her sizeable fortune and a final manuscript, a letter really – the only thing that can bring the truth to light. Tipp’s nephew and niece have been left instructions, by Tipp herself, to read the letter in the event of her death, but within, instead of a confession or a goodbye, they find disturbing tales of woods that claim children, relationships with strange creatures, nights dripping with blood and an abused little girl. Whether any of these stories are true is unclear, just as unclear as where Cassandra is now, but through these dark stories of magic and cruelty, her niece and nephew begin to wonder whether she really is lying dead somewhere… or if she has simply gone somewhere else.

It’s a bewitching read, as unsettling as it is intriguing – and just the ticket if you enjoy a dark and riveting crime plot and welcome the interweaving of some expertly conjured folkloric horror. 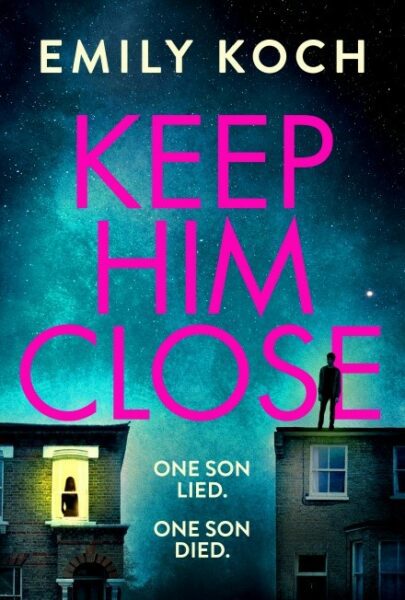 Keep Him Close by Emily Koch

A heart-breaking and suspenseful mystery characterised by an ambient noir approach and an intriguing, spot-on character study.

Alice’s son is dead. Indigo’s son is accused of murder.

Indigo is determined to prove her beloved Kane is innocent. Searching for evidence, she is helped by a kind stranger who takes an interest in her situation. Little does she know that her new friend has her own agenda.

Alice can’t tell Indigo who she really is. She wants to understand why her son was killed – and she needs to make sure that Indigo’s efforts to free Kane don’t put her remaining family at risk. But how long will it take for Indigo to discover her identity? And what other secrets will come out as she digs deeper?

No one knows a son like his mother. But neither Alice nor Indigo know the whole truth about their boys, and what happened between them on that fateful night.