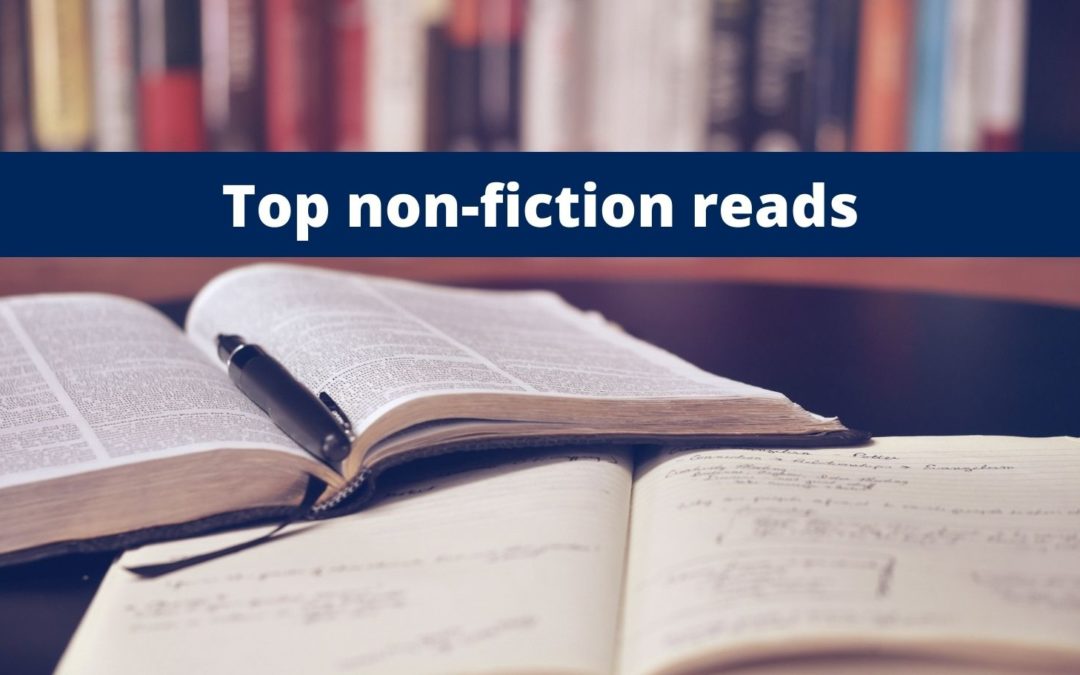 It isn’t often that our featured new releases have a clear, overarching theme, but in the case of the 7 books below, it is fair to say that the idea of reclamation is heavily featured. These books feature incredible individuals who have reclaimed their futures from oppression and abuse, hurtful words reclaimed for the women of the world, society reclaimed from failure, wealth reclaimed from poverty and even diamonds reclaimed by pigeons (okay, the theme doesn’t necessarily extend all the way to diamond smuggling, but it was worth a go).

Take a look at these 7 compelling new releases in local and international non-fiction.

Flight of the Diamond Smugglers by Matthew Gavin Frank 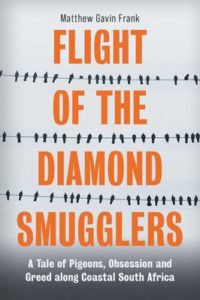 It sounds as though it should be a movie: an entire diamond smuggling industry built around carrier pigeons. But this revealing new book explores how, for as long as the De Beers mining company has been around, so have people been finding ingenious ways to exploit the world’s most valuable stone.

Journalist Matthew Gavin Frank takes us on a tour of South Africa’s infamous Diamond Coast – a stretch of the shore that has been closed to the public for almost 80 – investigating the local smugglers who spend their days pulling diamonds from the seabed and their nights training the remarkable birds that carry these diamonds into the global market.

Flight of the Diamond Smugglers is as much a lyrical and engrossing portrait of a winged species with incredible gifts as it is an examination of greed and the harrowing enterprises that revolve around it.

Mission of Malice by Erika Bornman 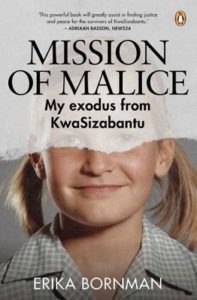 At this point, awareness of the manifold abuses committed by certain deplorable factions of organised Christianity is fairly commonplace. But these devastating stories still have the power to rightfully shock us.

In the 80’s, author Erika Bornman’s family left their homes to join KZN Christian mission KwaSizabantu – a place that was supposed to be an egalitarian haven, a place to go for people seeking help. But they quickly realising, none more than Erika, that there was nothing heavenly about life there. Christian strictures were used to justify harsh punishments and horrifying threats of violence. Residents were as cowed by the threat of eternal damnation as by the violence they were forced to endure.

Until she finally escaped at the age of 17, Erika survived brainwashing, ritual humiliation, grooming, isolation and beatings. This book, which is both harrowing and hopeful, charts how she was eventually able to reintegrate into “normal” life, and continues her quest to shed light on the heartbreaking violations perpetrated by KwaSizabantu in the name of God.

A Pretoria Boy by Peter Hain 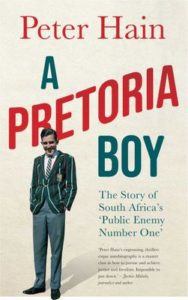 Peter Hain, member of the British House of Lords and former anti-apartheid activist has had a dramatic and influential political career spanning more than fifty years in South Africa and Britain. He has narrowly escaped being imprisoned for disrupting all-white sporting contests, he has been framed for bank robbery and he has almost been assassinated. There was a time when he was “public enemy number one” in SA, and the government would stop at nothing to put an end to his attempts to thwart corruption, racism and fascism wherever they thrived.

In this fascinating, triumphant memoir, Hain recounts his journey from a boy in Pretoria to a Lord in British Parliament, exploring his most important and difficult campaigns – from fighting for Mandela’s freedom to exposing Zuma’s betrayal of a nation and everything in between. A Pretoria Boy is a powerful portrait of South African strife through the decades, of unending attempts made to limit the damage of hateful policy and of a life that championed justice at an early age… and then just never stopped.

We Can Fix Ourselves 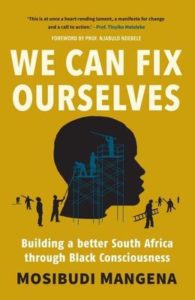 We may have been fooled, by the media and by the legitimate progress being made in various areas, into thinking that Black Consciousness is something that has been achieved – or that things are being fixed in inevitable fashion. In We Can Fix Ourselves, Mosibudi Mangena fully explores the damage still being wrought by the colonial mindset and argues that Black Consciousness still has a huge part to play in crafting a South African society better suited to overcoming its problems and treating its people more kindly and more equally.

By delving deep into the areas in which SA is failing its citizens – most notably healthcare, education, crime and transport – and by outlining the probable solutions to these issues and the part that Black Consciousness must play in them, Mangena crafts a body of thought that is simultaneously a call to action and a clear-eyed scrutinising of the spheres that require immediate attention.

Millionaire in the Making by Laurens Boel 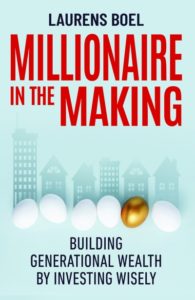 Coach and property investor Laurens Boel has been consistently making a strong case for the financial freedom that comes with investment – and has demonstrated this freedom through his own successful endeavours.

With this new book, he tackles the question of generational poverty – much of which persists due to apartheid policies, inherited liabilities and the perceived inability of many people in SA to accrue assets. The answer, he argues here, is to turn consumers into investors.

With Millionaire in the Making Boel lays out every step of the wealth generations process, dipping into the binary rich-or-poor mindsets that hold us back, illuminating the essential features of the SA economy, teaching us how to achieve a passive income and grow whatever wealth we have available, ultimately lifting us out of the economic ruts that are so prevalent.

For anybody looking to better their financial situation, create the kind of wealth that will protect their future families and even just polish their existing portfolios, this book will prove eminently useful.

Womxn: Sticks and Stones – Acrostics and Poems to Reclaim the Words that Have Hurt Us by Lexy Wren-Sillevis 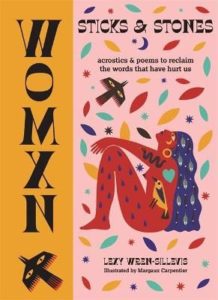 The more we learn about this world, the more it becomes clear that women have been forced out of so many aspects of life and history. One of the ways this has been done involves the myriad boxes, labels, names, insults and slurs invented, often by men, to discredit the experiences and contributions of women all over the world. Just think of all the times your own concerns and feelings have been dismissed in a single, dismissive word.

This book of poems and artwork tears these hurtful words apart, soothing the pain they trigger by reworking them into powerful mantras and writing women back into a past and present that has been appallingly skewed in the wrong direction by hateful language and disempowering rhetoric.

In addition to its stunning, symbolic artwork and poetry, Sticks and Stones “also offers clearing meditations at the back of the book to help you tackle the words that hurt you most.” This book is a valuable tool for healing and empowerment.

Escape From the Ghetto by John Carr 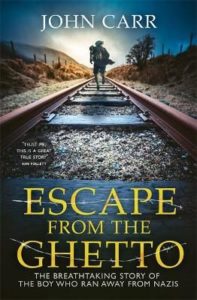 This is the incredible true story of Chaim Herzsman – a boy who escaped the Nazis confinement by fleeing through Russia, Germany, France and Spain to eventually fight for the British army… but only after scavenging to survive, being forced to kill a Nazi guard, dodging rifle fire, hiding with a sympathetic family, navigating mountains, posing as an Aryan boy and being interrogated as a possible Nazi spy. It’s a tale of hunger, survival and incredible, horrifying circumstance guaranteed to make the eyes water and the heart lurch.

Author John Carr is Chaim Herzsman’s eldest son, and with Escape from the Ghetto, he recreates the unbelievable, death-defying adventure that carried his father to hard-won freedom. It’s one of the most dramatic and astonishing World War II stories that you’re ever likely to read – a tale of hope on the grandest scale, evil in the extreme and the kind of triumph that is usually reserved for the big screen.

Featuring the recorded and transcribed conversations between father and son that brought this tale into being, this is an account singular in its evocations of will and spirit.