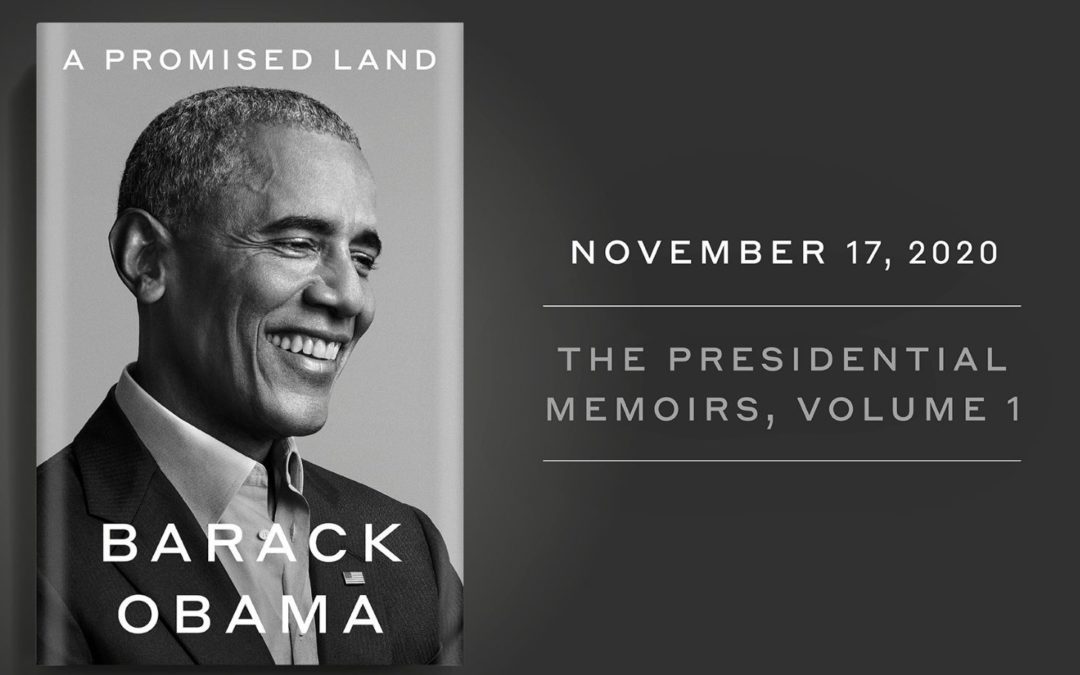 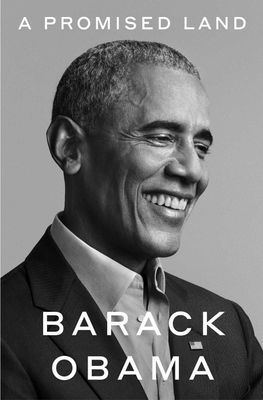 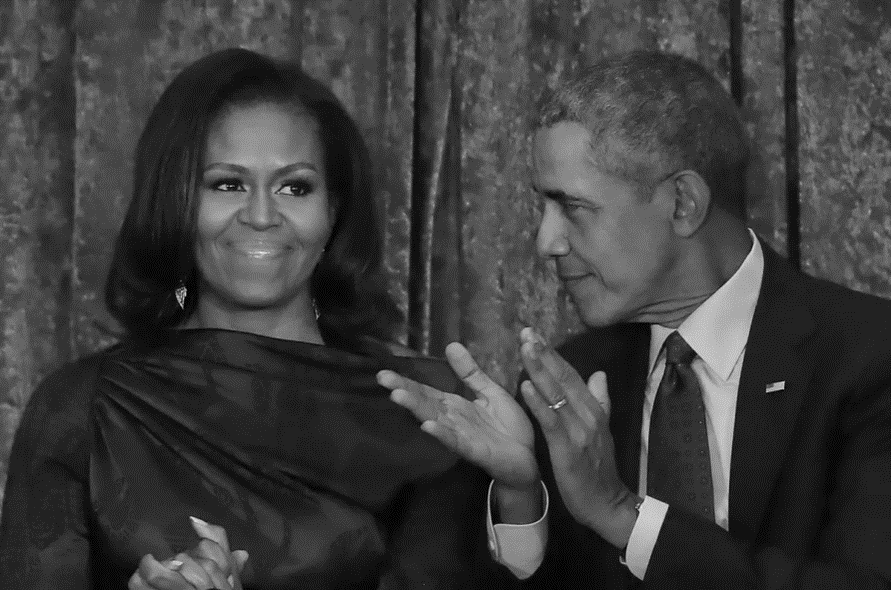 Regardless of the fact that he left office four years ago, Barack Obama continues to be an influential figure. Indeed, for many, he continues to represent many of the values that have arguably been whittled away by the current president – as does his wife, former first lady Michelle Obama. They are an unusually charismatic pair. Michelle Obama’s memoir, Becoming, dominated bestseller lists for what felt like years… now it’s time to see if Barack Obama’s new memoir, A Promised Land, will do the same. Watching the many blustering, buffoonish rhetorical efforts of the presidents who came directly before and after Obama, reminds us that his is an eloquent and compelling voice… one which, no doubt, transfers admirably to the written word.

The First Family of Memoir

Michelle Obama’s Becoming was, and still is, an absolute sensation. Taking us with wit and warmth through the achievements and disappointments that have marked her life, Becoming is a work of advocacy and recollection that has breathed some hope into so troubling a time. 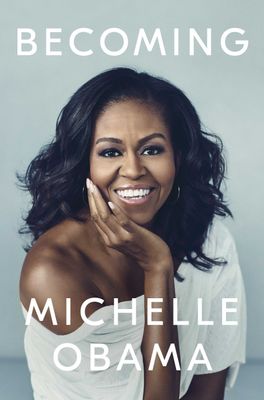 Former First Lady of the US, Michelle Obama is one of the most compelling women of our age. Through a life filled with achievement, she has advocated on behalf of health, women around the world, education and unity. In this witty, honest and captivating memoir, Obama recounts her triumphs and disappointments – from her childhood in Chicago to her years at the White House – sharing her unique warmth and wisdom along the way.

“Obama’s memoir is a genuine page-turner, full of intimacies and reflections. . . Allied to this candour is a steeliness of purpose. It is no exaggeration to say that every page of this book is, explicitly or otherwise, a reproach to Donald Trump, and a call-to-arms to those who would defeat the 45th President and all that he stands for.” (Matt D’ Ancona, Evening Standard)

While we might be expecting something similar from Barack Obama, it’s important to note that, despite the impressive couple they became, their experiences cannot help but be different. It’s almost as though, with the release of A Promised Land, we are being granted the other half of the picture… complimentary, but distinct.

Does a former first lady enjoy a greater capacity for candour and personal reflection than a former POTUS? We’ll find out soon. 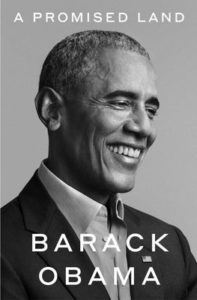 What are the things that stand out about Obama’s life and presidency? Is it those birth certificate demands? Is it efforts in health care? Is it dignified and competent speeches? Economic catastrophe, renewed hope for racial equality, LGBT rights, drone warfare, relative scandal-less-ness?  One thing is certain, “the first black man to be president of the USA” is an epithet that will forever guarantee his status as icon and history-maker. But posterity still has a great deal upon which to decide. Until then, we might hear from the man himself.

The first volume of Barack Obama’s presidential memoirs begins as such biographies tend to: with a young person finding themselves and taking the first steps on a historic road. With surprising candour and enthralling detail A Promised Land charts Obama’s political education, the moments that most defined him and the challenges and triumphs of his first term in office.

There has lately been, even more so than usual, great talk of the “awesome power” of the presidency and how that ought to impact the individual holding the office. Here, this is a topic explored thoughtfully, with full awareness of the position’s limits and long reach. Revealingly, Obama reflects on the state of US democracy, its place on the world stage and the unfathomable array of factors, advancements and travesties upon which the White House resident wields an impact.

In A Promised Land “we are privy to his thoughts as he assembles his cabinet, wrestles with a global financial crisis, takes the measure of Vladimir Putin, overcomes seemingly insurmountable odds to secure passage of the Affordable Care Act, clashes with generals about U.S. strategy in Afghanistan, tackles Wall Street reform, responds to the devastating Deepwater Horizon blowout, and authorizes Operation Neptune’s Spear, which leads to the death of Osama bin Laden.”

“There’s no feeling like finishing a book, and I’m proud of this one. I’ve spent the last few years reflecting on my presidency, and in A Promised Land I’ve tried to provide an honest accounting of my presidential campaign and my time in office: the key events and people who shaped it; my take on what I got right and the mistakes I made; and the political, economic, and cultural forces that my team and I had to confront then—and that as a nation we are grappling with still.”

More from the Obamas

Once you’ve devoured the memoirs of both Michelle and Barack Obama, here a couple of titles you might like to look into:

Becoming: A Guided Journal for Discovering Your Voice 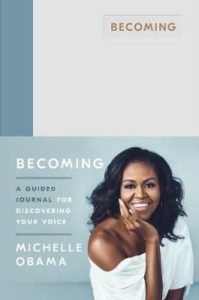 Adapted directly from her memoir of the same name, Michelle Obama invites you to take charge of your own story and to find your own voice with this gorgeous guided journal.

“It’s not about being perfect. It’s not about where you get yourself in the end. There’s power in allowing yourself to be known and heard, in owning your unique story, in using your authentic voice. And there’s grace in being willing to know and hear others. This, for me, is how we become.” –Michelle Obama

Whether you are looking to discover a you that has not yet been able to fully shine, or to rediscover a you that has become obscured by circumstance, this guided journal prompts you to reflect deeply on your personal and family history, to fully flesh-out your goals and dreams, and to fully acknowledge and examine the challenges you have faced and will continue to face.

The Extraordinary Life of Michelle Obama (a Puffin early reader).

Michelle Obama: Quotes to Live By – a compact collection of motivational quotes.

American Grown: The Story of the White House Kitchen Garden and Gardens Across America – Healthy eating and living have been at the heart of various Michelle Obama campaigns from the beginning. Learn more about her transition from passive consumer to local produce advocate.

The Audacity of Hope: Thoughts on Reclaiming the American Dream

A Promised Land Goes On Sale this November 17th.