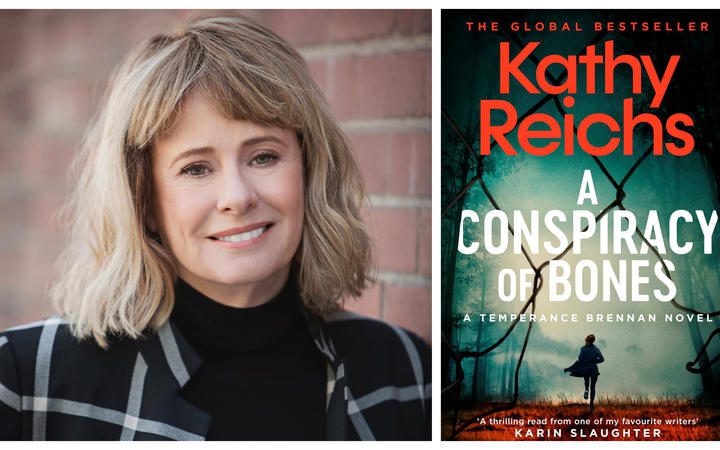 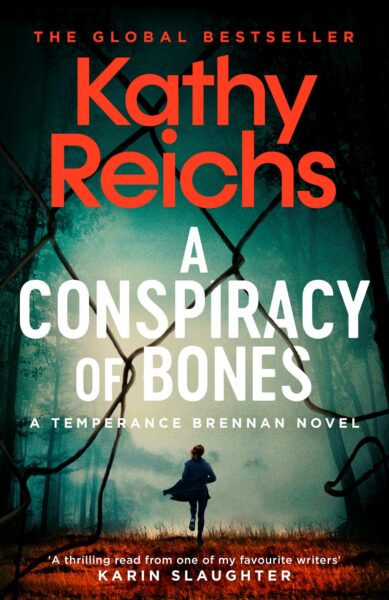 It’s sweltering in Charlotte, North Carolina, and Temperance Brennan, still recovering from neurosurgery following an aneurysm, is battling nightmares, migraines, and what she thinks might be hallucinations when she receives a series of mysterious text messages, each containing a new picture of a corpse that is missing its face and hands. Immediately, she’s anxious to know who the dead man is, and why the images were sent to her.

An identified corpse soon turns up, only partly answering her questions.

To win answers to the others, including the man’s identity, she must go rogue, working mostly outside the system. That’s because Tempe’s new boss holds a fierce grudge against her and is determined to keep her out of the case. Tempe bulls forward anyway, even as she begins questioning her instincts. But the clues she discovers are disturbing and confusing. Was the faceless man a spy? A trafficker? A target for assassination by the government? And why was he carrying the name of a child missing for almost a decade?

With help from a number of law enforcement associates including her Montreal beau Andrew Ryan and the always-ready-with-a-smart-quip, ex-homicide investigator Skinny Slidell, and utilizing new cutting-edge forensic methods, Tempe draws closer to the astonishing truth.

But the more she uncovers, the darker and more twisted the picture becomes…

This is now the 19th entry in the Tempe Brennan series. How do you manage to consistently come up with such fascinating premises and plots?

As Tempe evolves, there are new things that she encounters, new happenings that I write into her life.  If I don’t keep the characters and stories fresh, keep Tempe growing and put her into new situations, she’s no longer going to be engaging to the reader. For story lines, I take an idea from a case that I’ve worked or an interesting journal article I’ve read, and change the details, but keep the core of the idea.

Was A Conspiracy of Bones inspired by real-life events?

In an area of Quebec just outside of Ottawa, I worked on a case of a journalist who was murdered, her body dumped in the woods then scavenged by bears. I took that situation and re imagined it—changing the bears to feral hogs, which are common in North Carolina, and making the corpse faceless, the victim quite different from a journalist.

Do all of Temperance Brennan’s cases have their roots in real-world cases?

A lot of them do.  Grave Secrets (2002) tackles Guatemala’s ‘disappeared’. Bare Bones (2003) involves the trafficking of endangered species. Bones of the Lost addresses the issue of human trafficking (2013).  I don’t want to repeat serial killer after serial killer.  I originally trained as a bio-archaeologist, so I am also drawn to questions of historical significance. One of my favorite cases involved Jeanne LeBer, a woman who died in 1714.  In the early nineties, Jeanne LeBer was proposed to the Vatican for beatification. I was hired by the Archdiocese of Montreal to exhume and analyze her remains. This experience lead to one of the plot lines in my second book, Death du Jour (1999).

How do you ensure that you keep up to date with all the forensic science involved in your novels?

I still maintain my board-certification (American Board of Forensic Anthropology, ABFA).  I attend the annual meeting of my main professional organization (American Academy of Forensic Sciences, AAFS).  I stay current with the latest methodology and technology by maintaining contact with colleagues and by reading professional journals.

Do you feel that science is predominant over storytelling in your work? Does one equally inform the other?

Both are important.  I love when readers or viewers approach me at signings or other events and tell me they have entered the field of forensic anthropology because they were inspired by Temperance Brennan.  I am told by colleagues in academia that forensic science programs around the world have come into existence or been expanded because of increased demand by students.  Back in 1994, when I began my first novel, Déjà Dead, my goal was to bring my field to a broader audience.  I hope I may have inspired a few future scientists.  I write for the reader who loves a good mystery but who also wants to learn something.  A good old-fashioned murder tale with a solution driven by science.

Were there any areas that you specifically had to research for A Conspiracy of Bones?

I did a lot of research on cerebral aneurysms, on conspiracy theorists, on the sinking of the ferry, Estonia, and on the dark web. Talking about the other areas would give too much away!

Do you find much time for forensic casework at the moment?

At one point not so long ago, I was writing a screenplay, a YA book, and a Temperance Brennan novel each year.  As there is only so much time in the day, that meant something had to go.  That something was casework.

Are there any cases you have worked on throughout your career in forensics that have really stuck with you?

I guess the ones that really linger are those that never got solved.  For example, an identity was never found for a five to six-year old child’s skeleton that came to me in the late nineties.  Who was this child?  Was there something more I could have done?

Do you think that novelists can get away with leaving cases unsolved, as they often are in reality?

I think that much of the fun for readers is trying to solve the mystery before the author reveals the answer.  In my opinion that answer must always be given.  Whodunnit?  Why?  Which is not to say that the villain must always be caught!

Are your readers becoming more forensically literate as the series continues? Is that something that you can factor in or has your approach to writing the science remained mostly unchanged?

I’m almost never asked to explain forensic anthropology anymore.  There is a global awareness of the expertise.  Back in the ’90s, when I started writing fiction, that was definitely not the case.  Perhaps twelve seasons of Bones (airing in roughly 100 foreign territories) and nineteen Temperance Brennan novels, (published in roughly 36 languages) helped just a wee bit to create that awareness?

Are there any commonly propagated forensic fallacies that particularly irk you?

DNA in every case with almost instant and always useful results.

In what ways are you and Brennan most dissimilar?

Sometimes we’re a lot alike.  We face the same challenges professionally, although I’ve never been barred from the lab.  When working a case, we maintain the same scientific objectivity.  We have a similar sense of humor.  But Tempe is unique in many ways.  She takes more risks than I do, and becomes more involved in the day to day workings of a homicide investigations.

She’s a recovering alcoholic, I’m not.  She’s hesitant about commitment, so has an erratic relationship with Andrew Ryan.  She was stung in her first marriage by Pete’s cheating.  I’ve been married to the same guy since the paleo era.

Is there anything particular that you tend to read while working on a Brennan novel?

Which other crime novelists do you especially respect?

This is a hard question because I admire and respect so many writers.   Agatha Christie, PD James, Val McDermid, Karin Slaughter and Tana French are among my favorites. And many of the gentlemen rock, too: Dennis Lehane, Ian Rankin, Michael Connelly, Lee Child, just to name a few.

What do you think has changed most about you and your writing since your debut?

Sometimes I have to go back to earlier books to check a fact, a date, or a detail about a character.  I am always struck by the high number of similes and metaphors I used at the outset of the series.  I’m doing less of that now.  And I think my writing style has become tighter.