We are brimming this holiday season with great new local fiction offerings. Personally, I’ve always tried to abide by the rule “one for me, one for you” when buying books as presents (because that way you guarantee yourself immense joy on both sides of the literary equation, like that needs explaining, and you wouldn’t want to leave the bookshop without a teetering stack with which to grinningly contend, would you?)

Here are five fab new local fiction titles to delve into this December:

Critical but Stable by Angela Makholwa 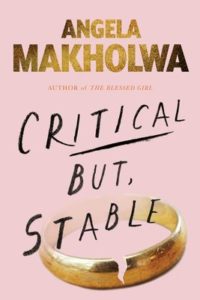 Four couples – each led by a smart, formidable woman, and all belonging to a high-end social club with glitzy benefits and investment opportunities – jostle for prime position within their glamorous social circle. On the face of it, their lives have all the hallmarks of perfection: success, wealth, respectability and, of course, impeccable relationships. Behind the scenes, however, their marital bliss floats tenuously on a tide of dubious company and cutthroat rivalries.

Khula Social Club, to which these four couples belong, offers them the chance to secure lucrative short-term investments, be seen with all the right people and throw an extravagant party whenever standings need a boost. It seems like the perfect arrangement. But, really, it’s a compromised breeding ground for debt, sexual frustrations and destructive ambition. When an unidentified dead woman turns up, her eventually revealed connection to the club threatens to bring the whole membership down. In this club, few things are as they seem.

With Critical But, Stable, Makholwa cements her unusual ability to move between crime fiction and something that more specifically explores the complicated lives of young, urban black women. As have her other novels, Critical But, Stable combines down-to-earth observation with a sharp wit and a knack for thrilling twists and turns.

A Family Affair by Sue Nyathi 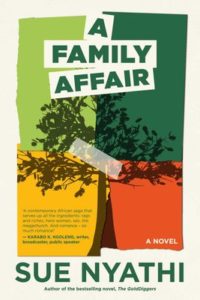 Pastor Abraham Mafu and his wife Phumla occupy a prominent place in Bulawayo society. As leaders of The Kingdom of God, an influential church, they have a great deal to do with their community. At the same time, they also have to keep their own family in order, keeping its various branches united and presenting the right sort of image. But, on top of the horrifying secrets that are about come to light, the three Mafu daughters have their own changes to endure. Xoliswa has recently returned looking for a new start and hoping to channel her natural fire into the family business. Yandisa has recently fallen in love and is looking to stabilise. Zandile, recently married, is already struggling with her new life.

As things grow more and more complicated, the Mafus have a harder and harder time maintaining their perfect image. And then, new revelations render that almost impossible.

You can read an excerpt of A Family Affair Here 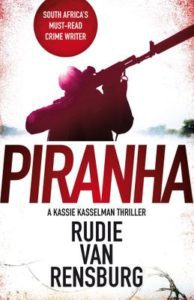 Rudi van Rensburg is one of the most enduring and essential thriller writers from SA currently catering to an international audience and treating us all to top-notch detective novels.

With his new book, van Rensburg manages to grippingly combine two topics long circled by villains and villainy: rhino poaching… and piranhas. After all, nothing quite screams villain like a piranha pool, and no recent environmental issue has so lent itself to exciting fiction.

SAP Captain Kassie Kasselman is investigating the disappearance of a former colleague. Initially it was thought to be a missing persons case with some drug involvement. But that soon changes when Kasselman uncovers a kidnapping plot linked to gang warfare in the cape, rhino poaching in the east… and a curio shop at which the wife of his colleague, Rooi Els, has recently started work. The stakes grow ever higher, personally and professionally, and Kasselman pursues the case to its grizzly conclusion. 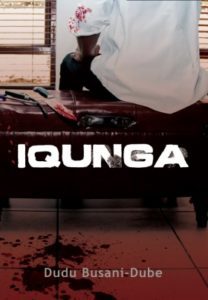 Best known for her Hlomu series – and for writing the novelisation of the 2018 film Zulu Wedding – Busani-Dube is a self-published novelist based in Johannesburg.

Iqunga is a delicate balance of love and terror. Driven by distinctive characters, and delving into secrets, loss, betrayal and regret, it’s a heartfelt tale capable of provoking sadness, anger and hope in whatever reader picks it up. 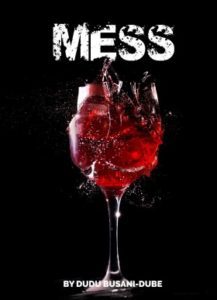 As soon as you’ve finished Iqunga, you can jump straight into the fifth and brand new book in the Hlomu series, which is due any day now.