September Book of the Month: Think Like a Monk by Jay Shetty 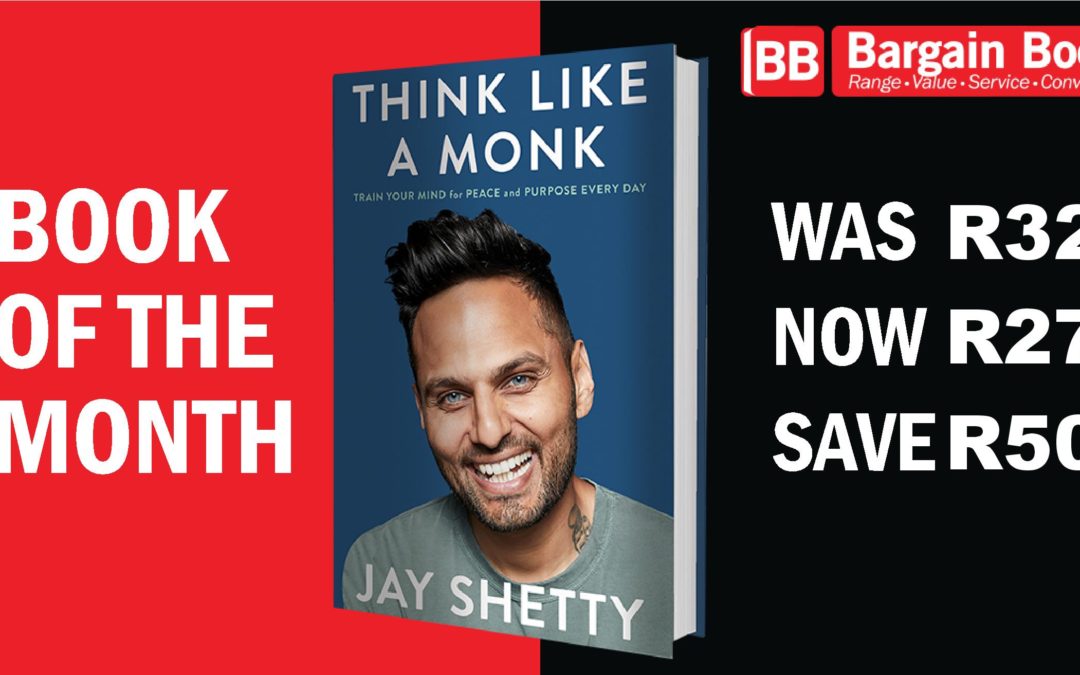 Across multiple cultures, and with some longevity, the image of a monk consistently conjures a sense of inner peace, calm, acceptance and devotion to higher principles… things we could all do with achieving a little more fully. As it turns out, it is not as difficult to incorporate these things into our daily lives as we might initially think. And it doesn’t have to involve packing it all for an ascetic lifestyle.

Influential vlogger and podcaster, motivational speaker and former monk Jay Shetty has now distilled the lessons gathered from his diverse experiences into a book – a book that aims to promote healing, encourage resilience and spark meaningful transformation. 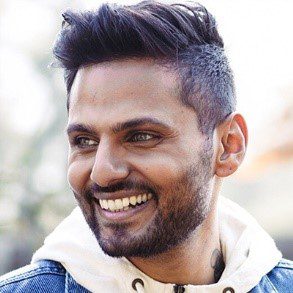 In the space of just over ten years, Shetty has risen to a position of some prominence within the spheres of social media and coaching. He has explored several different lives and fulfilled a variety of roles. Currently, he boasts some impressive influence stats: he is responsible for Facebook’s most-watched video clip of 2019 (as well as a few hundred other viral videos – which have jointly accrued billions of views), he has more than 30 million followers across multiple social media platforms, and his famed podcast, On Purpose, is among the most highly-ranked in the world. With such credentials, it is encouraging to know that he has consistently focused this overarching impact on mental health and personal potential.

‘No one wants to hire you when your résumé says “served as monk for three years” under “Experience”.’ – Jay Shetty

Shetty openly admits to having faced his fair share of rejection. He’s been turned down by dozens of companies, rejected by producers, and has worked in an unfulfilling corporate environment.

The journey that eventually spawned Think Like a Monk began when Shetty was just twenty-one. Inspired by a monk’s testimony, he spent three years practicing as a “part-time” monk while also working for a large corporation. The monastic life eventually won out over the corporate one and he then devoted himself to a fully Vedic existence for the next three years – which he spent meditating, studying timeless teachings and assisting local communities… all without any modern comforts. These three years finally awoke in him the certainty that his life’s purpose was to apply what he had learned to the betterment and encouragement of others. Which brings us to Think Like a Monk. 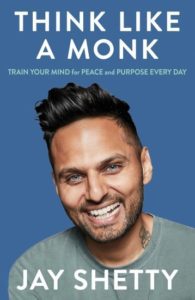 The application of timeless wisdom to contemporary concerns is not necessarily a new idea, but an author who has explored both in equal measure certainly doesn’t came along all that often.

“Living as a monk was like going to life school, and the last seven years have been the exam. The Monk Mindset works. Whether you want to find your purpose, manage negativity, build real confidence or overcome your fears, the tools I learned when I lived as a monk truly do work.” – Jay Shetty

The teachings of many hermetic routines can sound complicated and abstract. Think Like a Monk brings these concepts into sharp and practical focus. Whether you are hoping to overcome negative habits, conquer your anxiety, foster better relationships or realise your greater purpose, Shetty’s new book will help you build the skills to do so.

“Jay Shetty shows you step by step how to build your power, shifting your focus from self-image to self-esteem. This book frees you from the hypnosis of social conditioning and helps you become the architect of your own life.”―DEEPAK CHOPRA, MD, professor of medicine, University of California, San Diego, and New York Times bestselling author.

For a full list of the invaluable precepts contained within Think Like a Month (and to listen to a sample), check out https://thinklikeamonkbook.com/

And, in case you’re interested in the spiritual practices that informed Shetty’s years of study, check out this fascinating history: https://www.ancient.eu/The_Vedas/